After many rumors, the all new 2018 Honda Odyssey was released in Detroit at the North American International Auto Show. The car is even better than the rumors said it would, and it is Honda’s chance of becoming the best in the minivan class. So far the Odyssey was one of the better selling models in its class, but it was not perfect. Many people complained that it was a bit too stiff and its great driving characteristics were not needed. Luckily Honda listened, so the new model is a completely new car. It comes with new features and it offers everything the other model failed to.

So far Honda released most specs about it, but they are still keeping secrets some. The fuel consumption and the price are unknown at this point. They may also decide to release a second engine for it, but this has not been confirmed or dismissed by Honda.

Just like before, the new Odyssey shares its platform with the Pilot or the MDX. However, this doesn’t mean it has anything in common with the older model. The new generation of the Odyssey is as big as before, but it is nearly 100 pounds lighter. This allowed Honda to install a brand new running gear under the car. This should still give it superior driving characteristics over its rivals. However, it should also keep its passengers in perfect comfort without having to compromise on anything.

Honda also worked tremendously to make the new model more versatile but more on that a bit later. Even though the price is still not available, we expect it to cost right around the same as before. This means that its base model should be offered at around $31,000.

The first test mules of the 2018 Honda Odyssey had a lot in common with some Acura models. This made people believe that Honda was going to discontinue it or give it a new badge. Fortunately, this was not the case. The new model still is an Odyssey with the same lightning-shaped side windows as before. However, this is where the similarities end.

The B and C pillars are hidden while the D-pillars had their base blacked out giving the impression that they’re floating in midair. The rear of the minivan features an all new design as well. There is a small roof spoiler, larger tail lights, a chrome insert and a much lower loading floor.

All of these make for a really impressive-looking car. The front end has been extensively revised as well. The windshield features a more aggressive rake; the grille is similar to that on the Pilot while the bumper is also a lot more aggressive. All of these combined with the flowing lines on the sides make the Odyssey seem smaller than it really is.

The dashboard has been fully redesigned as well. There is a smaller center console which features Honda’s great new infotainment system. The gear level is gone, and in its place, there is a set of buttons. This frees up more space for cup-holders and passengers. The front seats benefit from as much leg-room as all the others which is very impressive. 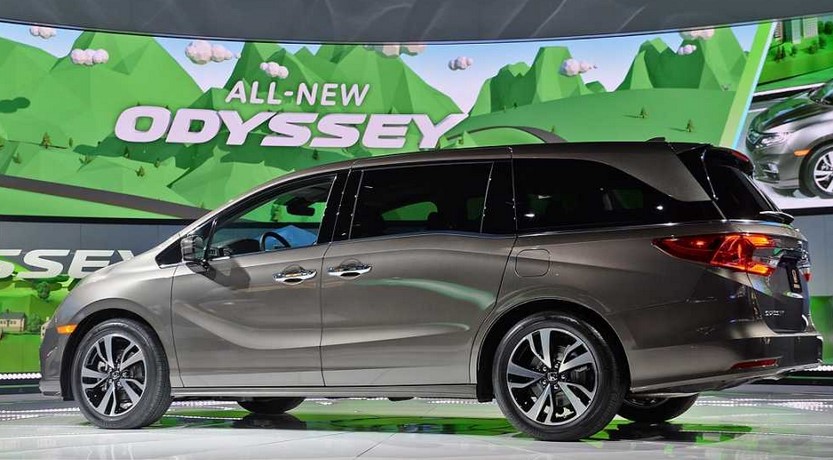 The 2018 Honda Odyssey is being powered by a 3.5 liter naturally aspirated and direct injected V6 gas engine. This is the same as the one found in the Pilot which is no surprise. The engine has been confirmed to provide 280 horsepower, but the torque output is still unknown. However, considering the horsepower, we would bet it has exactly 262 lb-ft of torque. The already well known nine-speed automatic is the standard gearbox.

Honda did manage to surprise us with a second transmission, a ten-speed unit. This is their first ten speed gearbox which is likely going to be used in most of their other cars. This should improve the fuel economy slightly while giving the driver a wider power range than before. 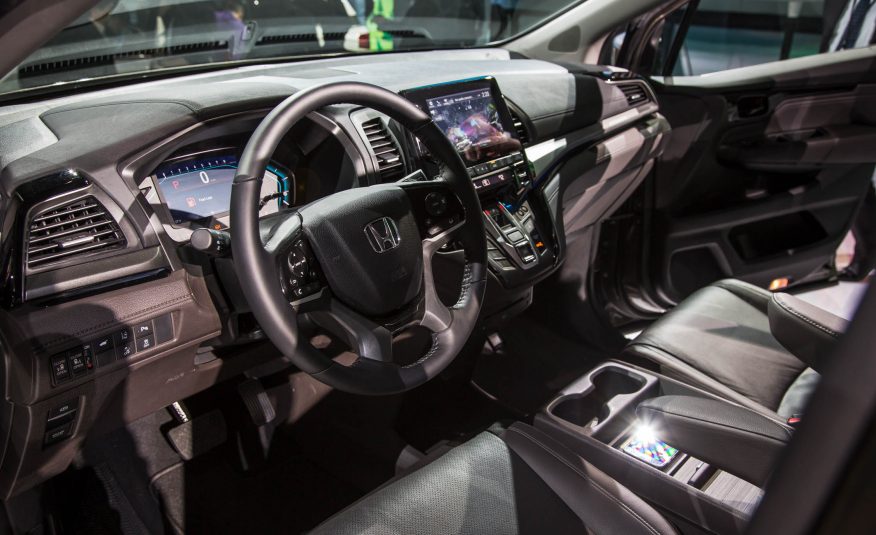 The Odyssey is the best-selling minivan in the US alongside the Sienna and more recently, the Pacifica.  Even though it …