The Odyssey is the best-selling minivan in the US alongside the Sienna and more recently, the Pacifica.  Even though it has been released in 2010 and many people thought that Honda was going to refresh the current car, they decided to completely redesign it. Rumors about the new car started in the late 2015 when the first camouflaged car was seen. However, these rumors have been amplified by a recent encounter when a lighter camouflaged vehicle was seen in Ohio, near Honda’s US headquarters. Unfortunately, at this point, there is not that much official information about the upcoming 2018 Honda Odyssey, but there are some strong rumors and inside sources suggesting a few interesting things.

While the current model was using a similar running gear to the Accord, this will not be possible now that the sedan was moved on the same platform with the Civic. Instead, the new minivan will very likely get to use the same chassis and running gear as the new Pilot. This is actually great news because the Pilot is larger than before while being with up to 300 pounds lighter. This allowed them for much better NVH levels than before, and the improvements should be carried over to the minivan as well.

Even though the latest spy shots from Ohio are far from perfect, coupling them with what we had from the past it is safe to say that the upcoming Odyssey will be larger than before. This is likely a move from Honda to give them a good competitor for the Pacifica. There is still no word on the price but rumors say it won’t be that far off from what is currently available. 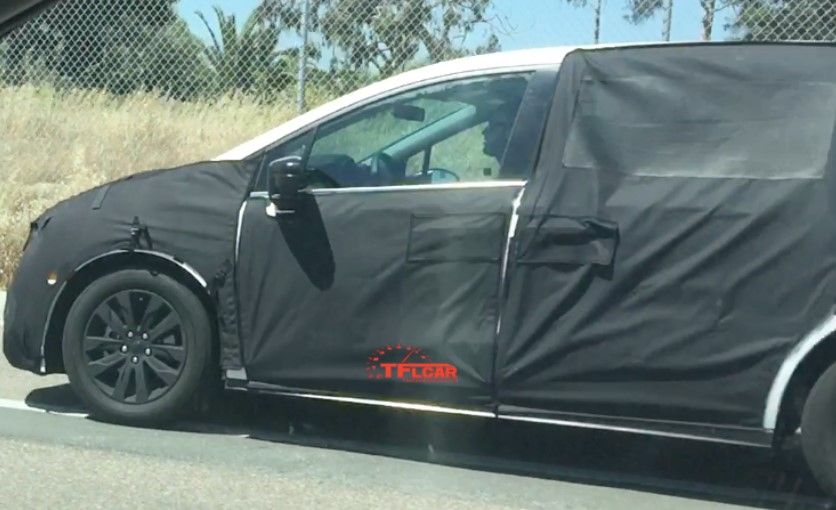 When compared to the older Pilot, the current Odyssey is a lot more impressive to look at. Well, the 2018 Honda Odyssey might follow a very similar recipe. While the Pilot became a much better-looking car than before, it still is far from perfect. Now, with the help of their all new design scheme, Honda has the chance of creating a unique minivan. Unfortunately, at this point, it still is early to say too much about it. However, there are some interesting notes. For starters, the new car will retain the sliding rear doors which were an unknown factor up until recently.

On top of that, the lines seem to be edgier than on the previous model which suggests to a more aggressive design. A similar route has been taken with the new Accord which may share some of its design traits with the new Odyssey. Also, the car will be slightly wider, and the larger footprint will allow for noticeably more interior space.

The design – the interior

Just like with the exterior, there is still very little to say for sure about it. However, we do know that manufacturers like to use similar cabins across most of their cars, and the 2018 Honda Odyssey is no exception. It is expected to borrow from the Pilot as well as from the upcoming Accord. The two-screen infotainment system will be gone and in its place, a much larger screen should be installed. The seating position will be improved across the three rows, and the general feel should be that of a much more expensive car than before. 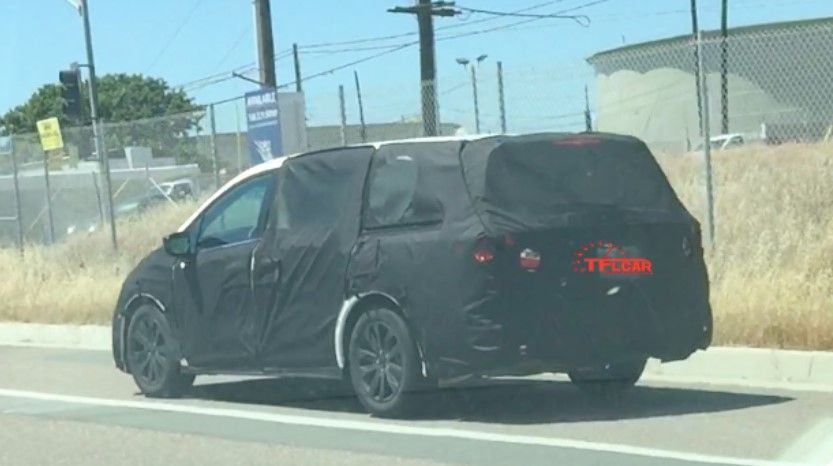 One of the largest unknown factors about the upcoming 2018 Honda Odyssey is its engine. Some people suggested that it would use a 2 liter turbocharged inline 4. However, considering that the Pilot didn’t take this route, it is safe to assume that it won’t either. Instead, it should receive the same 3.5 liters naturally aspirated and direct injected V6 as in the new Pilot. Here, the engine makes 280 horsepower and 262 lb-ft of torque. Even if the engine were carried over unchanged, it would be a great upgrade from the previous 3.5 liter V6.

On top of that, the nine-speed automatic that comes with the new engine should be a great addition as well. While not official at this point, a four-wheel drive system could be added to the new Odyssey range. It is also worth mentioning that in Japan the car received a new hybrid and rumors suggest that this might be shared with the upcoming US version of the car.