The newest 2018 Volvo XC40 is small and different mini SUV from all other competitors. A few years ago when Volvo released the XC90 and showcased their plans to change the company, everyone thought that they couldn’t possibly achieve that. However, not that long ago they released the S90 and V90 cars which are among the best out there.

Then people started to realize that they mean business and a few weeks ago when the concept for the 2018 Volvo XC40 has been released, everyone understood that German companies might not be the class leaders for all that long. Volvo is currently backed by a Chinese company, but its primary designer is German.

However, unlike most other German car companies which offer the same model in three different sizes, Volvo is going to do things a bit more differently. Firstly, the XC40 is not your regular car even though it is similar to the XC90. Instead, Volvo redesigned every aspect of the car, so the result is stunning, to say the least. Its designer showcased this by showing putting up a show with a shoe analogy. He said that Volvo is not offering the same type of shoe in three different sizes. Instead, the smallest display is white Prada with a platform and chromed inserts. This means that the XC40 stands out, and that’s normal because it is a car designed for younger people.

However, Volvo is going here because they want their smaller cars to be fun and the CMA would be perfect for that. They also said that in the future they plan to sell at least 80% of their cars in electric forms such as hybrids or full electrics. The small 40 series of cars will feature both fully electric models and also hybrids but also regular petrol powered models. Diesel is unlikely to be offered in this generation.

One of the most impressive things about the new XC40 and mostly about the 40 series of cars, in general, is the way they look. Somehow Volvo managed to give all of them a similar design in the front where all of them share the grille. However, nearly everything else is all new. Even the headlights differ from one model to another. The XC features similar headlights to the XC90, but the smaller sedan and hatchback are completely different. The XC also gets a very attractive looking roof which is expected on the production model, and it also takes a more powerful design than its two siblings.

The cabin of the three cars is expected to change for the production model but not all that much. The rather minimalistic design, which is also present on the larger cars, is going to be present here as well. On top of that, the materials are likely going to be at least on par with BMW. The equipment level is actually expected to be superior to things such as autonomous driving being offered as standard. 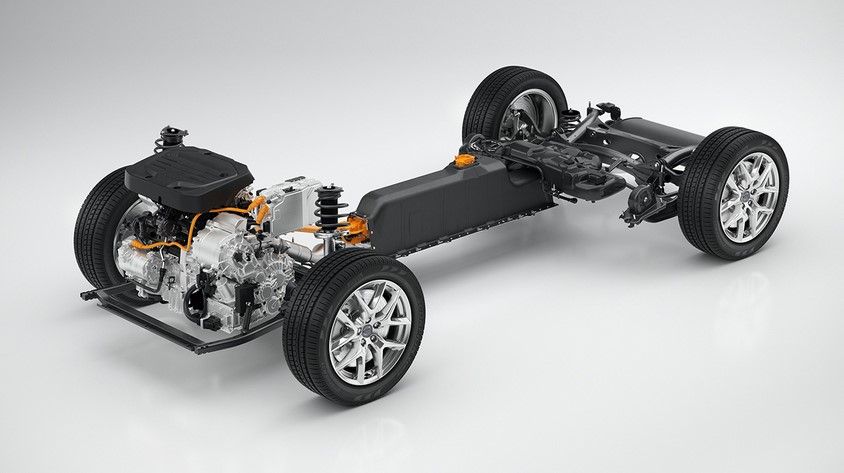 Just like we mentioned above, the 2018 Volvo XC40 will receive entirely different powertrains from the current models. The base is expected to get a 1.5 liter turbocharged petrol engine with close to 200 horsepower while a hybrid with close to 300 horsepower is also projected to be offered. A fully electric model with more than 200 miles of range is also going to be delivered after the official launch so Volvo will have everyone covered.