The A7 is Audi’s flagship high-performance sedan which is slotted right between the A6 and the A8. Even though it might be similar to the other two, it has a much more aggressive design as well as it is usually available with more powerful engines. However, being released in 2009 the current model is not exactly up to date. In order to change that a new version should be out in the 2019 Audi A7 and even though this is not official just yet, the new model has already been spied testing wearing camouflage on an entirely new body. This proves that Audi will continue with the A7 as their top end high-performance executive offering. 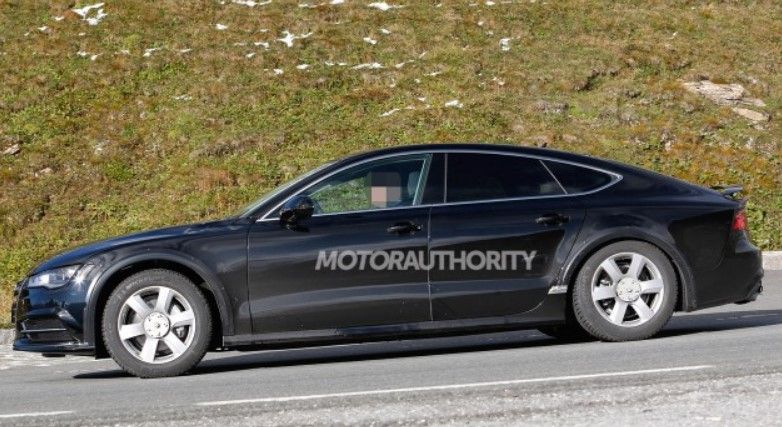 Like with all the other cars having a longitudinal-front engine, the new A7 will use the MLB Evo platform. This makes extensive use of aluminum and some high strength steel in certain areas. On top of that, like with the A8, the A7 should also employ the use of carbon fiber in the A and B pillars as well as in certain parts of the suspension. The result should be a lighter and more rigid car than before that will offer more comfort while being faster.

What will power the new A7?

Well, for starters, unlike the A6 which can be had with a 2-liter engine, the 2019 Audi A7 will come at least with a V6. In this case, instead of a supercharged engine, the car will more than likely use Audi’s new 3 liters twin-turbocharged V6 petrol engine. This should make closer to 350 horsepower and 350 lb-ft of torque which is a large improvement over the older supercharged mill. A future S7 model is also expected to receive a turbocharged V6 petrol engine which may seem like a downgrade over the older V8 mill.

However, this should be more than capable at offering over 400 horsepower and 400 lb-ft of torque, giving the new S7 a similar performance level while being a lot more efficient. In any case, a seven or eight-speed automatic should be offered as standard, depending on the market it will be sold in.

The future RS7, on the other hand, will more than likely make use of a twin-turbocharged V8. Our best bet would go to a 4-liter mill sporting twin-turbochargers. The result should be in the neighborhood of 600 horsepower and 600 lb-ft of torque, basically making it the most powerful sedan out there. All engines will come as standard with Audi’s Quattro all-wheel drive system which will give the car superior handling characteristics over the competition. 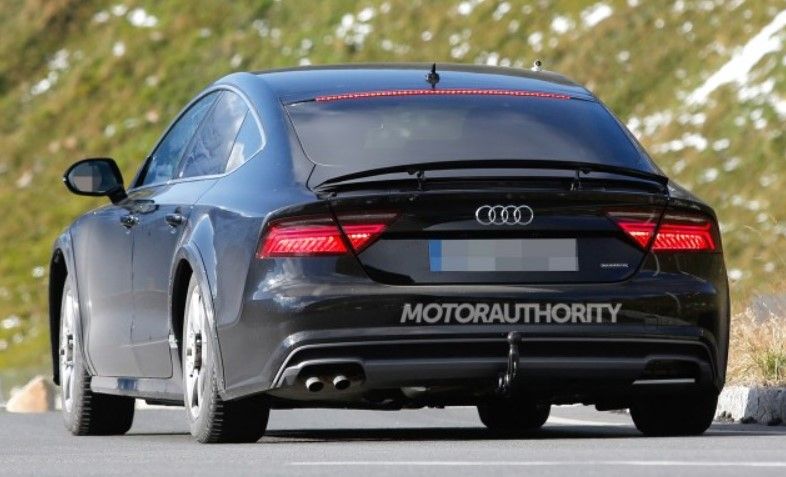 So far the largest change on the new 2019 Audi A7 seems to be its looks. Even though nothing is official at this point, the test mule looks drastically different. For starters, it has a much wider hexagonal grille in the front which makes the car look a lot more aggressive than before. This new grille seems to be similar to that on the new A4, but it seems to be wider. Also, the headlights seemed to be a lot slimmer and angled towards the back which is certainly a unique design.

The back seems to sport an active spoiler and the same raked roof as before which gives the A7 its distinctive look. We should see much clearer pictures while we approach the official release date which is still at least more than a year away.

Also, read about Audi A9 Concept!

Unfortunately, the test mule didn’t reveal much about what we can expect inside the cabin of the new A7. The good part is that the new A4 has been released quite recently, and it might be the predecessor of what we will see in the A7. Expect a lot fewer buttons than before, an easier to use interface for the MMI infotainment unit as well as a much classier look. On top of that, the materials will definitely improve over the previous model which did lack build quality in comparison to some of its competitors.

The release date for all of these is at this point unknown, but all the details point out at a late 2017 or early 2018 release. The price should still hover around $70,000 for a base model in the US.

Back in 2015, Lexus was releasing the LF-FC concept, a high-end four-door luxury coupe. Even though it was never supposed …