So far the SL has been a big two-seats convertible aimed at people looking to travel great distances in style and at high speed. The car was loosely based on the S-Class large sedan, but it seems that this is about to change. A few days ago some information leaked on the internet which suggested that the upcoming 2019 Mercedes SL would be developed by AMG. Mercedes would pass on the task to them in order to give the SL a bit more presence on the market and make it even more impressive than it was before. This does mean a few things, though. For starters, the new SL might share quite a bit with the current GT which is based on AMG’s rear wheel drive platform.

The platform – in detail

The suspension system will also be designed specifically for it so the result will likely be a car as comfortable as an S-Class with the on-road performance of an AMG GT. There is still nothing available about the price or release date of the upcoming SL, but it seems that it might become available closer to the end of 2019. 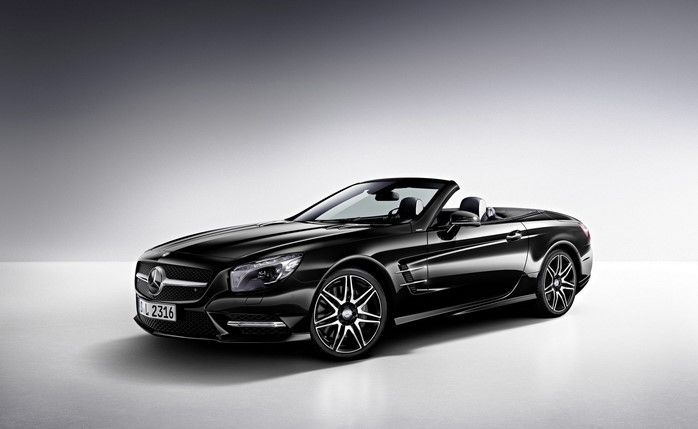 The inside source that revealed most of these details also said that the 2019 Mercedes SL would not be an all out super-car. This means that it will also hit the market with smaller and more fuel-efficient engines. The base SL300 and 400 are both expected to receive Mercedes’ upcoming 3 liters twin-turbocharged inline six petrol engine. In the base model, this is expected to offer 365 horsepower with as much as 435 horsepower in the higher end SL400. The engine is actually expected to debut later this year on the new E-Class and make its way into all the future Mercedes cars.

A 4 liter twin-turbocharged V8, the same engine found in all the current AMG cars, is also expected to be offered in the SL500. This should offer around 455 horsepower and just as much torque. The SL63 AMG, on the other hand, might get to use the same engine but in a much higher tune level offering as much as 550 horsepower.

Like before, the top of the range SL model will very likely be the SL65. So far this car always came with a V12, and it might be the case for the new model as well. However, this V12 would be a new engine developed on the same modular architecture as the new 3 liters inline 6. The output might be as high as 620 horsepower or more which would allow it to become one of the most powerful two-door roadsters in the World.

Regarding transmissions, most cars will likely get to use a nine-speed automatic or at least a variation of it while rear wheel drive is going to be the only option.

A few days ago Mercedes showcased the new AMG GT-C, the convertible version of the high-performance GT R. Well, considering that the upcoming 2019 Mercedes SL will be developed by AMG, it is safe to assume that it will share some design cues with the GT-C and with the older SLR and SLS. On top of that, the Mercedes insider that revealed most of the details about the new SL also said that this will be using a soft-top which has been missing from the SL ever since the late ‘90s.

We can also expect a very similar thing to happen with the interior of the car. Even though it will be larger than the equivalent GT-C, it should offer at least a similar set of features. However, some also suggested at the possibility of receiving a similar layout to the S-Class, but this might not be possible due to its new platform.

Ram’s 1500 medium truck was officially unveiled back in 2008. Since then it went through a few upgrades and changes, …