After the SLS and its Roadster version have been discontinued, Mercedes no longer had a high-performance convertible offering. However, a few days ago they showcased a short film that featured the profile of a new convertible, basically confirming the rumors about a GT Convertible. Well, a few days after that, Mercedes have made available a set of pictures that fully reveal the upcoming 2018 Mercedes-AMG GT C Roadster and its lesser sibling, the GT Roadster.

The two cars are set to debut in the upcoming weeks at the Paris Auto Show when Mercedes are going to reveal all the details about the two cars.

However, even though the two cars are set for release at the Paris Auto Show, Mercedes decided to give the public pretty much everything about them. So far the only true unknown factors are what the two cars are going to feature inside the cabin and the price. Most of the technology that will be featured has already been revealed, and we already know what engines will power the two.

With their release at the Paris Auto Show, the new GT-C is also expected to be shown in a few unique color combinations that will make it stand out from the coupe counterpart. Also, it is worth mentioning that even though the car will be showcased in Paris, it will only hit the market closer to the end of 2017. Also, its price might be revealed closer to production, but it still is expected to be around $15,000 higher, on average, than that of the coupe. 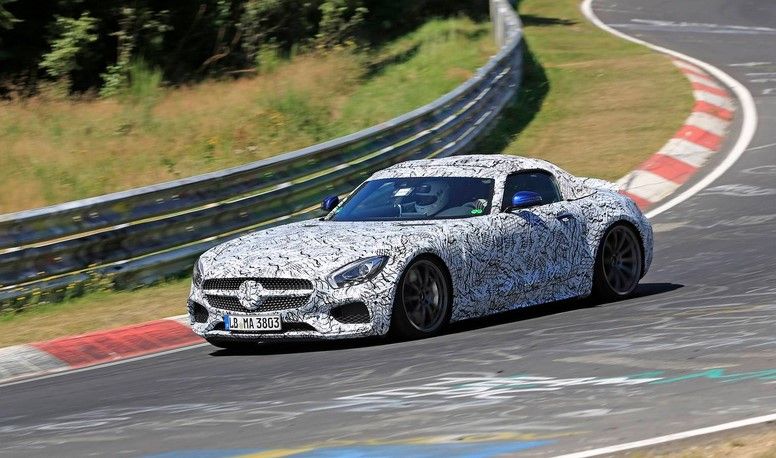 The 2018 Mercedes-AMG GT C Roadster has been clearly influenced by the SLS Roadster. Even though the latter was definitely bigger, the two cars share a very similar profile and rear end. However, the GT-C took a lot more from the GT-R than we anticipated. The car has the same type of front grille with the vertical slats which give it a much more aggressive look than the older GT grille. The lower part of the front bumper is similar to that of the SLS, but the upper part is a lot more similar to that of the high-performance GT R. It is expected that this design will eventually be used on the regular GT and GT-S as well.

The vertical side grilles from the SLS are not here either. Instead, Mercedes went for longer grilles which do make the GT-C Roadster seem slightly longer than it really is. The rear end also takes a lot more from the GT-R than from the GT or GT-S which is a bit unusual, especially since the GT-C might not remain the top end model for long.

How will it perform?

The unusual part about this release is that Mercedes already showcased pretty much everything there is to show about the 2018 Mercedes-AMG GT C Roadster before the Paris Auto Show Release. Because of that we already know that the two cars are quite a bit more different than the regular GT or GT S. For starters, the base GT Roadster model gets a normal suspension setup and the base engine from the GT. However, the GT-C is a lot more similar to the GT-R in this regard. The car gets the much wider rear track from the GT-R which is 2.25 inches wider.

Also, in order to help it put the power to the ground, the GT-C gets 19-inch rims in the front and 20 inch rims in the back which is very unusual. Also, unlike the regular cars, the GT-C will also receive, as standard, a rear axle steering system as well as a limited slip differential. 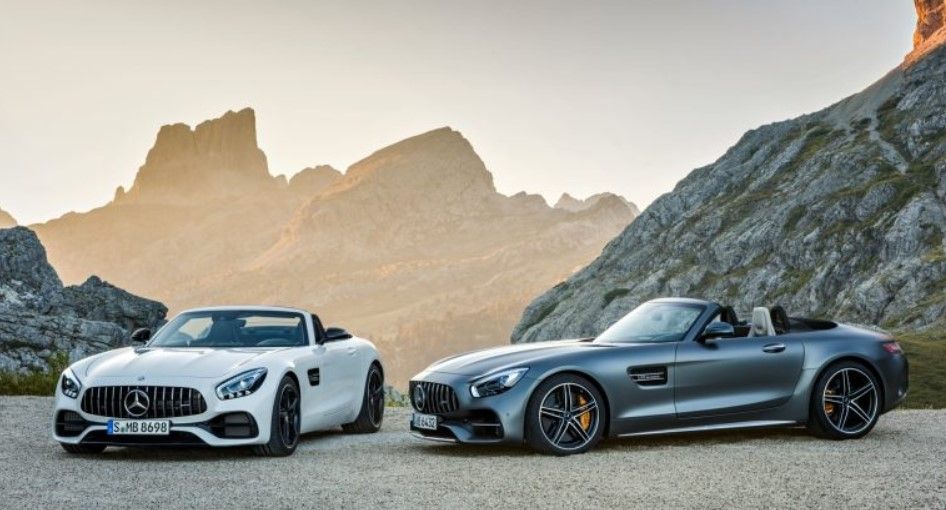 All GT cars get a 4 liter twin-turbocharged V8 as standard with various amounts of power. The 2018 Mercedes-AMG GT C Roadster gets the same engine as the GT R. This will offer 550 horsepower and 502 lb-ft of torque. Despite the impressive amount of power, though, it will only hit 60 MPH in around 3.7 seconds, and it will go up to a maximum top speed of 196 MPH. These are very close numbers to those set by the GT-S and that is mostly because the GT-C is quite a bit heavier than the coupe.