Bronco is one of the most iconic names ever used on a Ford product and despite the fact it has been discontinued for nearly two decades, the model still manages to have a lot of fans out there thanks to its rugged appearance and great off road capabilities. Rumors about a new model of the Bronco first surfaced back in 2014, and since then people have been craving for a new model, and they even released online petitions to Ford. Unfortunately, though, Ford discontinued most of these rumors because they thought that the Bronco would not make much sense in the current car market.

Things changed in the late 2015 when the oil prices dropped to a very low level, and because these are expected to stay roughly the same for at least ten years, many manufacturers started to shift focus to their crossovers and trucks instead of their sedans. This is the case with Ford which has stated that they are preparing at least two new vehicles. In fact, we expect the next-generation Ford

Bronco to use Jeep Wrangler platform which has been first released in a statement on the 1st of April. Many thought that this was a joke, but it would, in fact, make a lot of sense as the Wrangler would provide all the necessary features without having to spend too much on developing a new platform. This new model would be released by the end of 2022, and it would not really be a competitor for the Wrangler but more of a high-performance crossover similarly equipped to their Raptor. 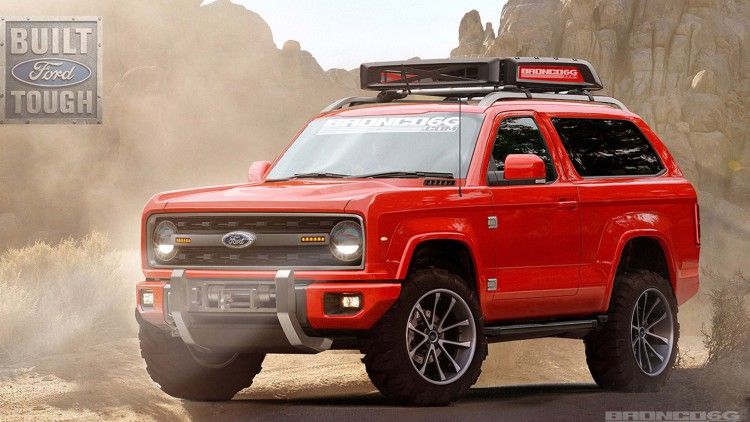 Unlike its close sibling who would use Fiat-Chrysler engines and run gear, the next-generation Ford Bronco to use Jeep Wrangler platform will very likely get just the platform, so expect the entire running gear, engine and even design and interior to be unique. Some rumors suggested that the car would get a rather impressive powertrain that will be able to give it Raptor-like performance. This will be a Ford-built 2.7 liter twin-turbocharged V6 EcoBoost unit which is expected to provide upwards of 350 horsepower and 400 lb-ft of torque, more than pretty much any other car in its class.

The engine would also quite fuel efficient thanks to its small displacement and low weight of the car and thanks to a Ford-built ten speed automatic it should be quite zippy as well. We expect the Bronco to hit 60 MPH in around 5 seconds and get up to a maximum top speed of around 110 MPH.

Unlike most other crossovers out there but very similar to the Wrangler, the Bronco will still be able to tow more than 6,000 pounds with ease, and also it will be able to go past any type of terrain. Fox shocks are expected to be fitted as standard, and the car is actually rumored to get the same running gear that has been fitted to the Raptor, basically making it a Raptor in a crossover package.

The car first showcased as an April Fools joke looked like a botched together prototype from Jeep parts, but there is more than meets the eye. In fact, there is a really strong chance that the upcoming next-generation Ford Bronco to use Jeep Wrangler platform is a reality considering that the FCA group might cooperate with Ford in order to develop an upcoming engine or even platform to use on their trucks. However, the production model of the Bronco is very likely not going to look like anything we’ve seen so far, but there is a chance that it will borrow some of the designdd features found on the original model as well as it may also receive some unique styling cues in order to make it a more appealing vehicle. 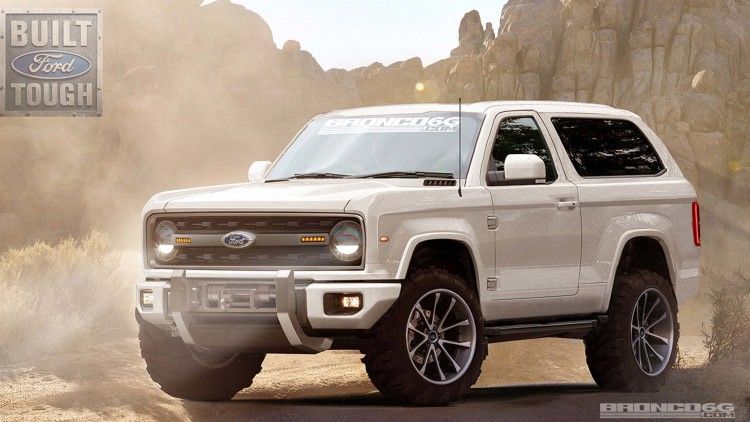 Are you a car enthusiast interested in learning about the best Japanese models ever? Since it was founded in 1970, …