The Accord is one of Honda’s best-selling model across the Globe due to obvious reasons. It is well built, powerful for its class as well as very efficient and the best part, it is always improving. In order to give it an edge over the competition, the car will receive a major overhaul with the 2018 Honda Accord. The new model will finally be moved to an entirely new platform, and it will also receive major upgrades, inside and out. So far Honda hasn’t officially released anything about it but the car has been spied testing a few times wearing thick camouflage.

This should allow for much better NVH levels than before, and it seems it will also allow the car to drive considerably better. The release date for all of these is still unknown at this point, but we may see a production-ready version as soon as the mid of 2017. The price of the base model is highly unlikely going to be all that different from that of the ongoing generation. 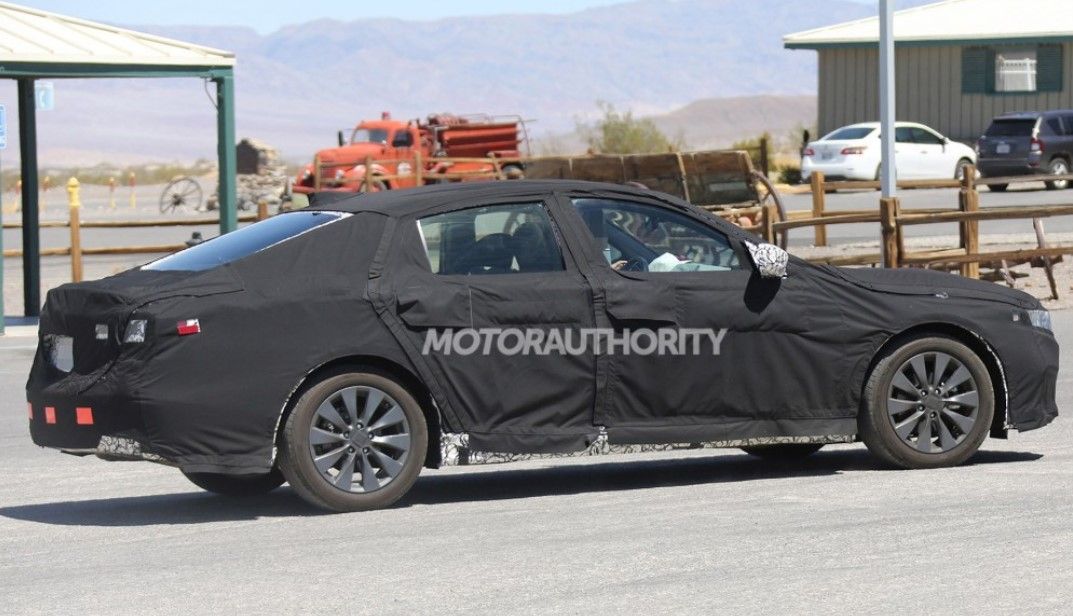 The design, the most striking aspect of the new car.

Just like the title says, the new 2018 Honda Accord will look a lot different than what is currently available. The first glimpse of the new design was noticed a couple of months ago when the Accord was spied for the first time. While the current model offers a regular sedan look, the new car seems to be heading to a coupe-inspired design. The front end seems to be wider and lower than before; the roof is longer and arched towards the back while the back is much shorter.

We might even see a hatchback version of the car, similar to what Europeans have been doing for years with their version of the Ford Fusion. On top of the new design profile, the car is expected to take a lot of cues from the all new Civic which will definitely mean a more aggressive design than before.

What about the cabin?

Unfortunately, at this point, there is very little information about the interior of the upcoming Accord. The spy shots we talked about earlier didn’t offer any real information about it. However, it seems that the car will become a bit more stylish than before. Also, the unintuitive dual-screen infotainment system is expected to be gone. In its place, a larger and better quality touch-screen will most definitely be installed. Also, the touch-based buttons and the glossy finish is also expected to be removed and in their place, softer and nicer to the touch materials should be used.

So far it seems that the base model of the upcoming 2018 Honda Accord is going to use a four-cylinder engine, just like its predecessor. However, there will be differences. For starters, it will likely not be a large 2.4 liter inline four but instead, a much smaller 1.5 liter turbocharged inline 4. This engine first debuted on the new Civic a while ago where it makes 174 horsepower and 162 lb-ft of torque which is very similar to the older 2.4-liter engine. The top end version of the car is expected to change as well. Instead of a 3.5 liter naturally aspirated V6 we should instead see a 2 liter turbocharged inline 4.

This engine will be built in the US specifically for the US market. Despite that, it first debuted on the European Civic Type R where it makes little over 300 horsepower and close to 300 lb-ft of torque. The best part about it is that it will be more efficient than the V6 while being more powerful. In any case, an automatic gearbox will be used as standard, but a manual has not been ruled out just yet.

Read more about Honda Accord 2018