The upcoming 2018 Ram 1500 is caught on a test drive, under the camouflage. But, we can regret that future truck brings several changes and improvements. GM was the first to release their new trucks, but they were quickly outrun by Ford with their full aluminum F-150. The Ram 1500 has been around for quite some time now, and it will only receive a major refresh with the 2018 version. So far nothing conclusive has been known about it, but this changed with the 2018 Ram 1500 mule.

The truck spied testing just a few days ago is a very interesting find, to say the least. Even though it is not the all-new truck, it is definitely a development mule for the next generation, and we’ll talk about why we are so sure next. 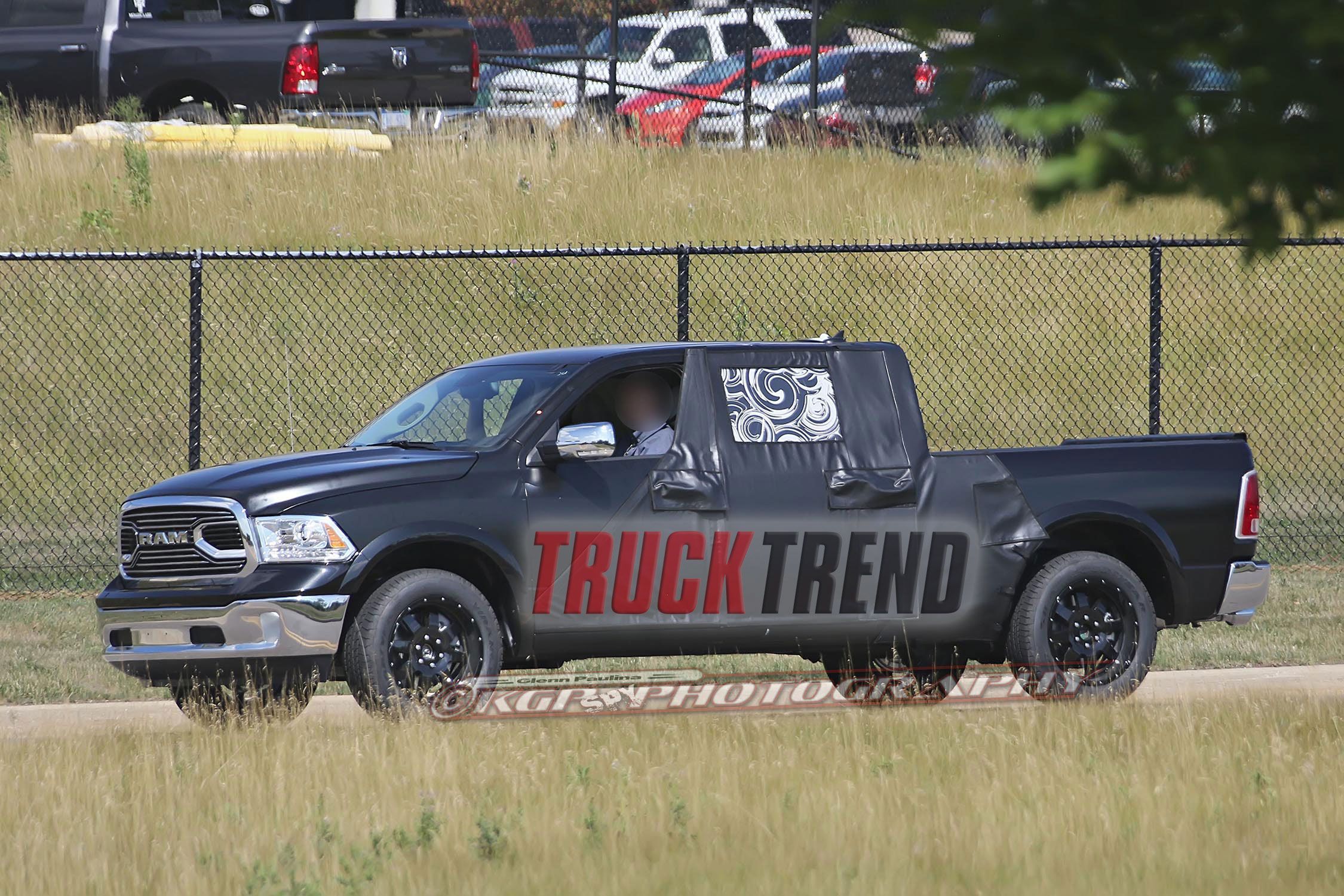 Like before, the new 1500 will remain a true truck with a body on frame design. FCA’s CEO even said that aluminum is going to be used in the build of the new model. However, it now seems that aluminum will only be used in key areas such as the hood, maybe the fenders and likely the roof. The bed will most definitely be made out f steel while the doors and the rest of the body, and chassis, should be made out of high strength steel. This approach should allow Ram to shave a few hundred pounds without increasing the production costs too much.

The tailgate has also been camouflaged, which is a bit odd, and it also features a new handle. If we take a look at their patent then it becomes clear than the 1500 will feature a new modular tailgate. While not as clear from the spy shots, the new 1500 might be slightly wider than before. Its interior doesn’t seem to have changed as much, but it is quite early in development to say more about it.

So far not much can be said about the actual running gear of the new truck. However, one thing is clear. Unlike the previous 1500, the new one, or at least its test mule, features six-lug wheels which might mean that it will get better at towing and carrying stuff in its bed. 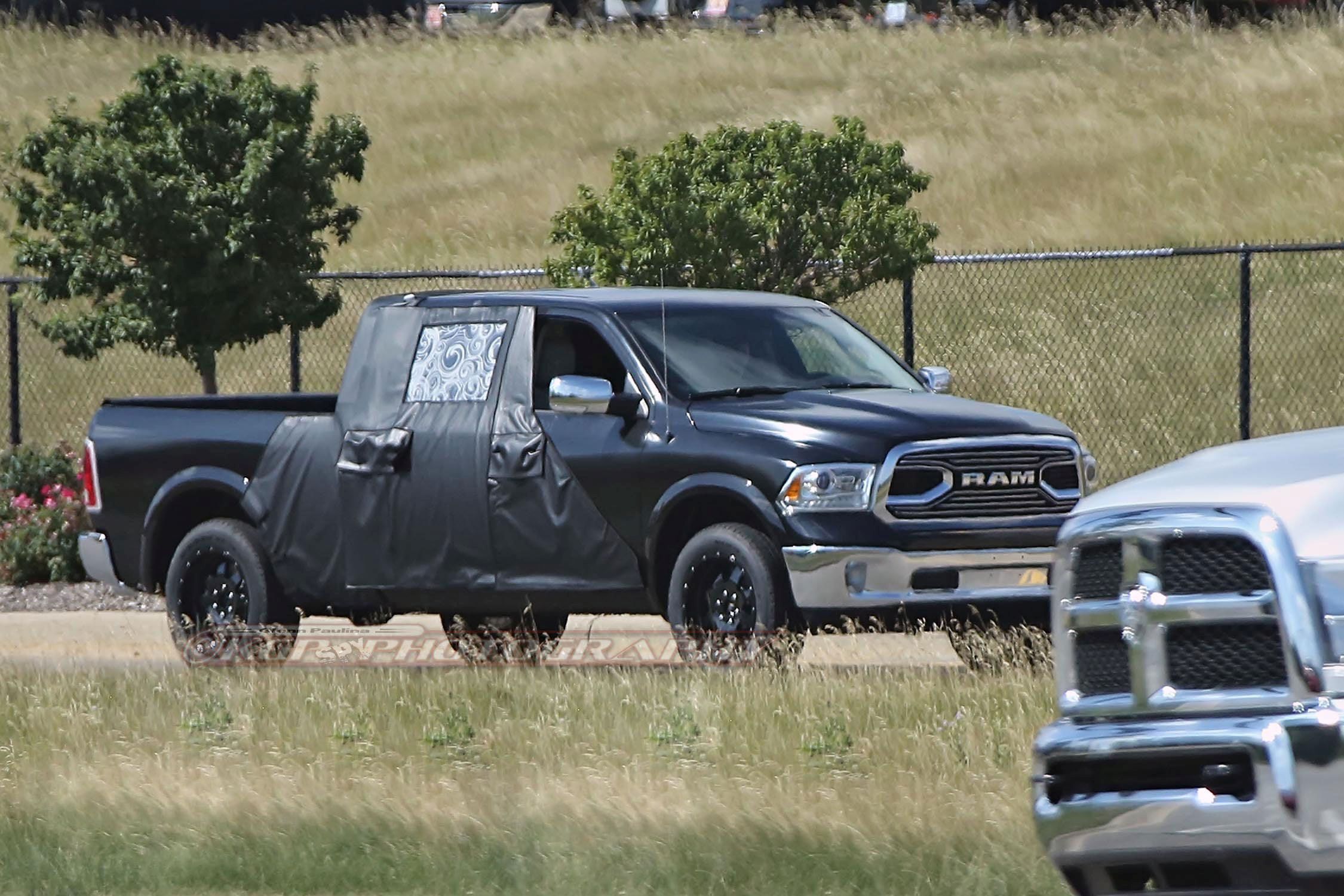 This is probably the largest unknown factor about the 2018 Ram 1500 mule. The camouflaged truck features a twin-exhaust system which is currently available on both the Hemi and the Ecodiesel. Also, while the Hemi will be discontinued from the car market, it will most likely live for a few more years as it does provide an adequate amount of power and it is not as inefficient as people would believe. The diesel might also receive a few tweaks to receive a higher towing rating and also better highway fuel efficiency.

While not official, a couple more engines might be added to the mix in order to allow the new Ram 1500 to compete with the EcoBoost trucks which are quite popular now. An automatic, most likely an eight-speed, will likely be offered across the range.