We have been dreaming about a new Jeep pickup truck for the past decade but up until recently, these have been just dreams. However, a while ago Jeep stated that they were, in fact, going to build a pickup version of the Wrangler. Well, that statement turned into something greater as the first test mule of the upcoming 2019 Jeep Wrangler Pickup has finally seen a few weeks ago. Even though it is obvious that it is nothing more than just a mule, it gives us a good idea about the finished product, and it also confirms the previous rumors.

It seems that the pickup version of the Wrangler is going to be based on a stretched version of the Wrangler’s chassis. This is interesting considering that many rumors stated otherwise. On top of that, it should share the same engines and a similar design and setup in the front. However, the back will be different in order to accommodate for bed. The spied test mule seems to have the body of a regular four-door Wrangler with a small bed attached to its back. This is definitely not the finished product because the bed doesn’t align with the wheels.

Also, as we mentioned above, the pickup is set to offer a different setup for its rear end. This should make use of new springs, and it may even receive a large rear differential in order to allow for a larger towing capacity while carrying more weight than the regular SUV. So far there has been no word on the price of the truck but in order to be competitive, it will have to cost in the neighborhood of its competitors like the Tacoma or even the Colorado. 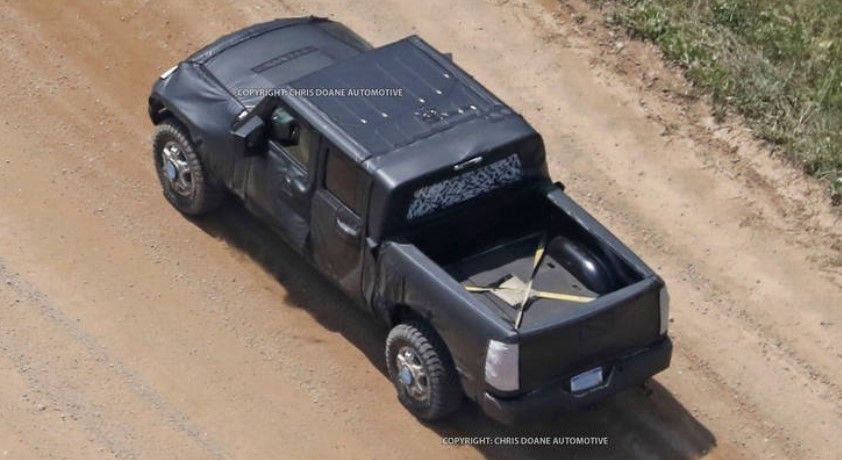 For the rear, we expect the 2019 Jeep Wrangler Pickup to feature a similar approach to the front. This means that the bed might be narrower than the actual cab, and the wheels would be covered with covers, similar to its front wheels. Sure, this would take from the usability of the truck, but it would give it a unique design. Also, there are currently many people that believe the new truck version of the Wrangler will only be available with four-door cabs. This is highly unlikely considering the competition.

We are quite sure that Jeep will offer at least two different cabs and a couple of different bed lengths in order to please everyone. In the front, it will feature the same grille as the regular model and this time around the two could receive air-shutters to improve the aerodynamics.

The cabin of the future Wrangler pickup is most definitely going to be pretty much identical to that of the regular model. Here the two will basically share materials, equipment, and features. The only differences will come with the storage spaces and probably with the available passenger room which may be slightly less for the truck. 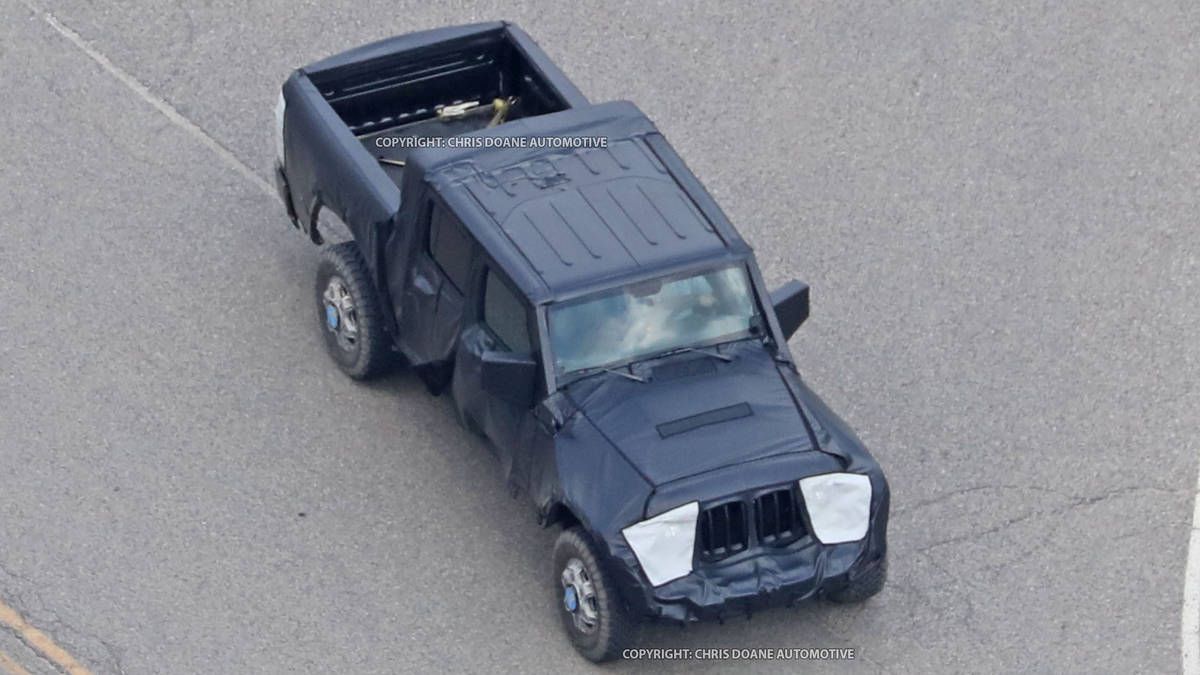 There are three different powertrains expected to be offered with the 2019 Jeep Wrangler pickup. All of them are set to become available on the regular crossover as well. The base truck could get the actual 3.6 liters naturally aspirated V6 in an updated form. This could easily get between 300 and 330 horsepower and up to 280 lb-ft of torque which is right where its competitors are. On top of that, Jeep is also developing a new four-cylinder turbocharged engine nicknamed the Hurricane.

Not much else is being known about it but considering the rumors, this could become the fuel efficient alternative to the V6 without losing much, if any, power and torque. A diesel version might also be added for the US market which would allow them to compete with the Colorado Diesel or the future Nissan Frontier.

The most likely contender to be installed under its hood would be their 2.8 liters turbocharged inline-four diesel which has been offered on the European Wrangler for some time now. This might offer over 160 horsepower and well over 300 lb-ft of torque, and it could become a great engine for those looking to actually use the pickup for its intended purpose.

If you want to check out accessories and tools such as air compressor for your Jeep vehicle visit https://jeepequipment.com/portable-air-compressors-for-jeeps/.

In an unusual move, it seems that the Ford F150 will be one of the first in line to receive …