The newest high-performance SUV, named 2018 Jaguar F-Pace SVR, coming soon.The F-Pace is Jaguar’s first crossover which has been released in the late 2015. So far the car managed to become one of the best in its class by a rather big margin. How? Well, instead of going to Land Rover and putting their badge on a Range Rover, they decided that it is best to develop an entirely new car. This means that the F-Pace is based on a rear wheel drive chassis and thanks to that, it is one of the best-driving crossovers in the World. There is always room for improvement, though.

Even though the base car will likely not change all that much, the 2018 Jaguar F-Pace SVR is now more than possible. The car has been spied a couple of times at the Nurburgring, and there are a few interesting aspects about it which we are going to talk about next. 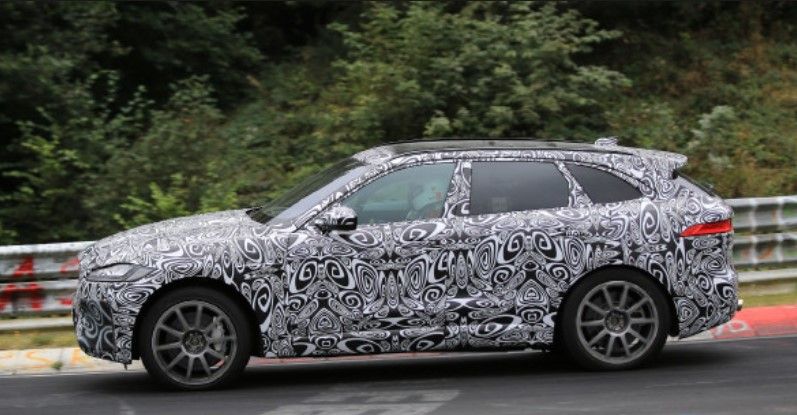 At this point, Jaguar has not said all that much about their upcoming model. However, the car spied at the Nurburgring was clearly a pumped up version of the regular model. It seems to be lower, wider and more aggressive than the ongoing model. There is still no word on the release date, but most rumors point out to the end of 2017 when the car might be revealed.

Its price will likely be similar to that of the F-Type R which starts at over $100,000. This is considerably more than some of its rivals, but it would be in line with cars like the Cayenne Turbo.

Even though the 2018 Jaguar F-Pace SVR is still at least a year away from release, the test mule looks to be pretty much done. In the front, the car seems to receive an entirely new bumper. This does seem to take some inspiration from that found in the top of the range F-Type. There are large side-intakes, a small center splitter in the front bumper as well as likely a new grille. The headlights to seem to have new blinkers added while the sides of the car seem to have been beefed up to house the noticeably wider wheels.

The back, on the other hand, is quite similar to the regular F-Pace. Here we see a slightly larger exhaust system as well as a bigger roof mounted spoiler. However, besides these changes, the car looks remarkably similar to the ongoing version. 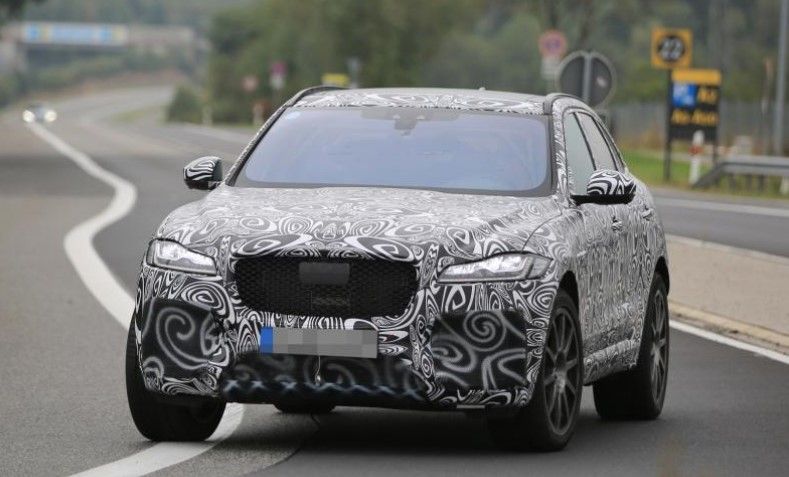 Unfortunately, at this point, we can’t really say much about what it will feature inside the cabin. If the past is anything to go by, though, then the car will likely be similarly equipped to a top of the range F-Pace. The differences will be in the details. Except the car to feature sportier seats, more similar to those on the F-Type, contrasting stitching, unique upholstery and likely a new steering wheel as well.

There is still going to be more than enough room for five adults, and the trunk will not be impacted by the added power at all which is always a nice thing to have.

So far the most probable engine to be fitted to the 2018 Jaguar F-Pace SVR is their 5 liter supercharged V8. This engine has been used extensively in most of their high-performance applications where it sounds amazing. However, the car spied a while ago at the Nurburgring sounds nothing like these cars. It sounds muted like it would use turbochargers instead of a supercharger. Because of that, some rumors did suggest that the car might be a surprise for most with its new engine.

In any case, the SVR will more than likely offer around 500 horsepower and 500 lb-ft of torque, either from a supercharged V8 or from some type of turbocharged powertrain. At this point, Jaguar doesn’t really have any type of engine that would fit the description, so it might be something new to replace the aging V8. In any case, expect improved fuel economy as well as better power delivery.

Like with most other high-performance crossovers, it should be all-wheel drive only, and it should make use of an automatic gearbox. The 0 to 60 MPH time will definitely be under 4 seconds, and it may be limited to over 155 MPH which would make it one of the fastest crossovers on the market.