Finally, Chevrolet shows the latest edition in its lineup, named 2018 Chevrolet Traverse. The current Traverse has been launched back in 2009 and despite the fact its very close sibling, the Acadia, received a major update with the 2017 model, it seems that Chevrolet wants to keep the current car on the market for a few more years. This is mostly because the car still sells tremendously well and somehow they managed to sell more than 100,000 units of this model so coming up with a successor would be quite hard.

Luckily though we are talking about GM which is one of the largest companies in the World so it is not surprising that not too long ago a camouflaged version of the upcoming 2018 Chevrolet Traverse has been spied testing.

The big surprise came after some people took a really close look at the photos which suggest that the car will be longer than the equivalent GMC model. This is quite unusual mostly because the current model was nearly identical in terms of size to the older Acadia.

Like we mentioned, one of the biggest surprises about the future 2018 Chevrolet Traverse has to be its size which seems to be very similar to the current model. This is great for those with larger families because the Acadia was shrunk a bit too much and fitting seven people in there could be a bit too uncomfortable.

Instead, Chevrolet went for the longer chassis which sacrifices some weight but the car should still be around 300 to 500 pounds lighter than the ongoing model which is still a massive saving that will be seen in the way it drives and uses fuel. 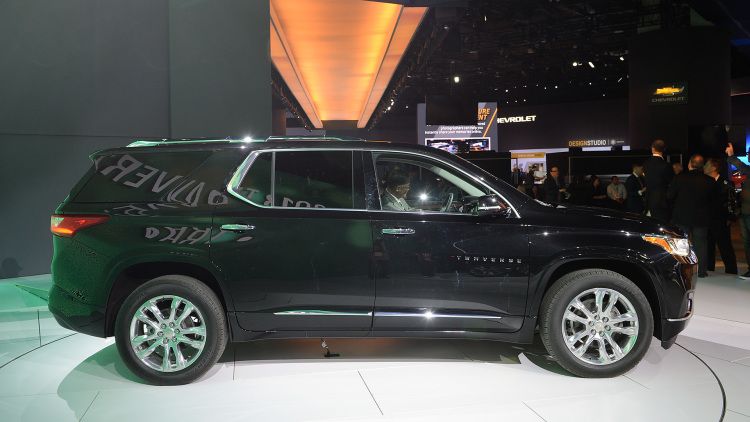 We can’t speak too much about the design of the car at this point in time but considering Chevrolet’s latest cars and how they decided to approach the upcoming Traverse we can safely say that it will likely get their all new corporate grille design, slimmer headlights than usual and likely a look that will resemble slightly more an SUV which would be quite different from the minivan-look of the ongoing model.

Thanks to the new platform the car will be using, there should be a bit more room to work with inside the cabin which will still allow Chevrolet to get eight people inside the car but this time the access to the rear seats should be improved and the available space for the passengers should be slightly better distributed among the three rows of seats.

A change that might not be on everyone’s liking are the engines which will power the upcoming 2018 Chevrolet Traverse. The current model is only available with a V6 but this will change in the future thanks to the massive weight loss the car received. While the Acadia received a 2.5 liter naturally aspirated engine it seems that Chevrolet might go for a 1.6 or even 2 liter turbocharged inline 4 mill that would provide close to 210 horsepower and 250 lb-ft of torque, more than enough for most.

To still give those wanting more power a choice, a 3.6 liter V6 with an expected 310 horsepower and over 280 lb-ft of torque output is likely going to be an option. 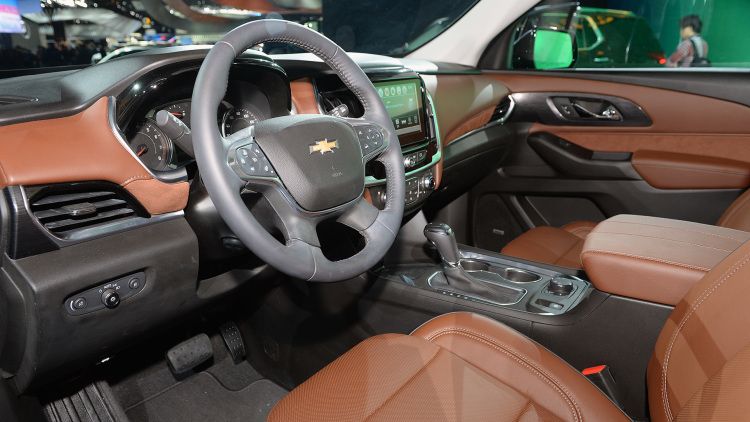 The price of around $30,000 for the base model is unlikely going to change but this time around expect less power from it but likely a better fuel consumption.

Surely, some things might change until the car will be released in the late 2017 but it is safe to assume that it will be quite similar to the Acadia.

Winter period is around the corner and you want to get ready? Are you looking for ways to help you …