Don’t be confused; Ford Atlas debuted at Detroit Auto Show in 2013. year, but here’s the future Atlas edition by German automaker, Volkswagen. The newest 7-seats 2017 Volkswagen Atlas is based on the Crossblue concept. Back in 2013 VW started working at an entirely new line of SUVs designed specifically for the US market. The first glimpse of these was the CrossBlue concept which was showcased more than a year ago. After that concept had been released, spy shots of a new SUV started to surface around the Internet.

This was a large seven-seat crossover which was going to be sold as an alternative to the Honda Pilot or the Ford Explorer. Well, a few weeks back we received quite a bit more information about this upcoming model. For starters, it seems that the crossover is not going to be called the Teramont as it was rumored a while back. Instead, the car might be released as the 2017 Volkswagen Atlas. 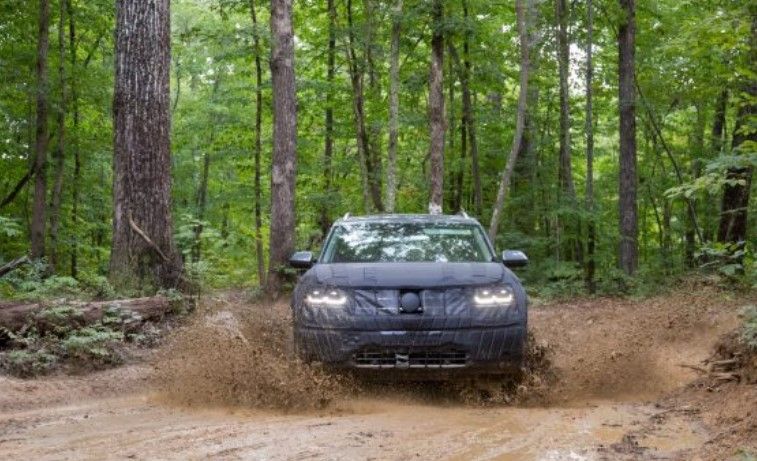 Let’s take a closer look at the future 2017 Volkswagen Atlas.

Any news about design?

So far the Atlas has been seen spied testing in a few different occasions, but it was always wearing quite a bit of camouflage. The sides were the only parts showing and the car features some really interesting lines. These do make use think about minivans, but the rather boxy and muscular shape give the Atlas the SUV look people are looking for these days. Not that long ago, a Chinese publication showed us a few pictures of a car without camouflage.

Even though these were not official, it seems that the production version of the Atlas will be pretty much identical to it. While at the back it will look a lot like the current US Passat with the same type of tail lights and chrome inserts, the front will be quite a bit boxier. The grille will be larger while the headlights will make the Atlas look a lot like a true SUV.

What about its interior?

So far not much has been released about the cabin of the 2017 Volkswagen Atlas. However, we did manage to see a picture of it and there are some interesting design choices. The steering wheel, infotainment system, climate controls and the materials are straight from the Passat. However, the design isn’t which is always a nice thing. Thanks to the extra width, the Atlas features a more minimalist design which really makes it stand out. Also, it seems that there are seven fully-fledged seats while some rumors even suggested for eight seats in certain versions of the car.

So far it seems that the 2017 Volkswagen Atlas will definitely come with a V6. This piece of information has been leaked by a Chinese site which shown a picture of the back of the car sporting a V6 badge. This is most likely using the 3.6 liter VR6 engine from the Passat which is known to make around 280 horsepower 258 lb-ft of torque, a very similar output to its competitors. However, it is quite safe to assume that the base engine will be different. While some suggested that VW would go for diesel, at least in the US market this is highly unlikely.

Instead, we are quite sure that they will offer either 1.8 or 2 liters turbocharged petrol engine with around 200 horsepower. These would be able to match some of its rivals’ base engines while offering better fuel efficiency. A manual is unlikely as well, especially for the US market. Instead, it seems that most news about it point out at a six-speed automatic and either front or all wheel drive. 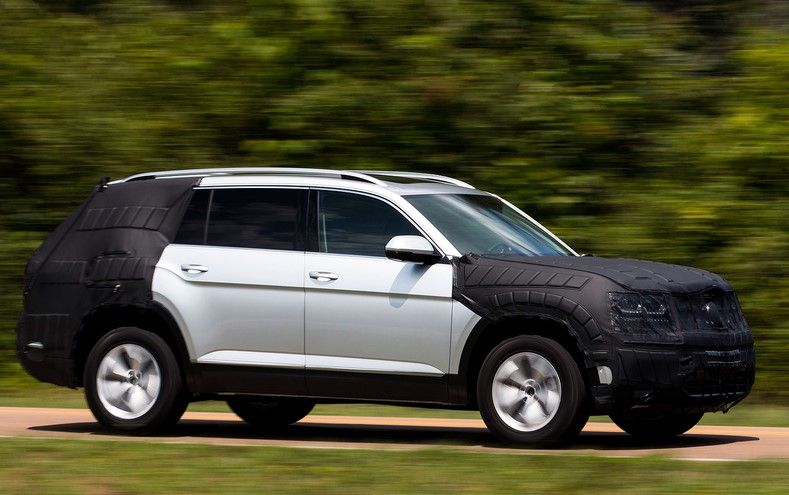 While the name would depart from VW’s usual naming scheme, it would perfectly match VW’s CEO in the US which stated that he wants a much easier to pronounce name for the US market. The model is expected to be released quite soon, but it will likely not hit production until the mid or late 2017. On the other hand, some reports suggest that production of the future Atlas won’t be start until at the end of 2017 year.

The price is also unknown up to this point, but it has been confirmed that it will be slotted between the Tiguan and Touareg.