The Fiesta is one of Ford’s best-selling models in Europe and more recently in the US where it gained a lot of market share. However, the car is old at this point and even though it was heavily revised back in 2013, it can no longer match the new Polo or Corsa. In order to get back at the top, a new model is going to be released next year, most likely at the Geneva Auto Show. The upcoming 2018 Ford Fiesta MK7 is not going to be an all-new model like many of us expected.

Instead, Ford will use a modified version of their B-platform which also underpins the current model. This means that it will use an ancient suspension design at the back which is there mostly for cost savings and not much else.

Is it that bad?

The car shouldn’t have all that many problems with the twist-beam suspension setup at the back. Many of its rivals use a similar setup, and we all know the current model can do wonders with it. However, we expect something better from the new generation. This would have improved the way the car drove and its comfort on bumpy roads. However, if we get past this, then we should see some improvements to its structural rigidity and likely a small weight loss.

The latter would be possible thanks to the extensive use of high strength steel which was not so readily available for the older model. The new car will likely cost slightly more than before due to the fact the new Ka+ has been introduced. The US market, on the other hand, is expected to receive pretty much the same pricing scheme as before. 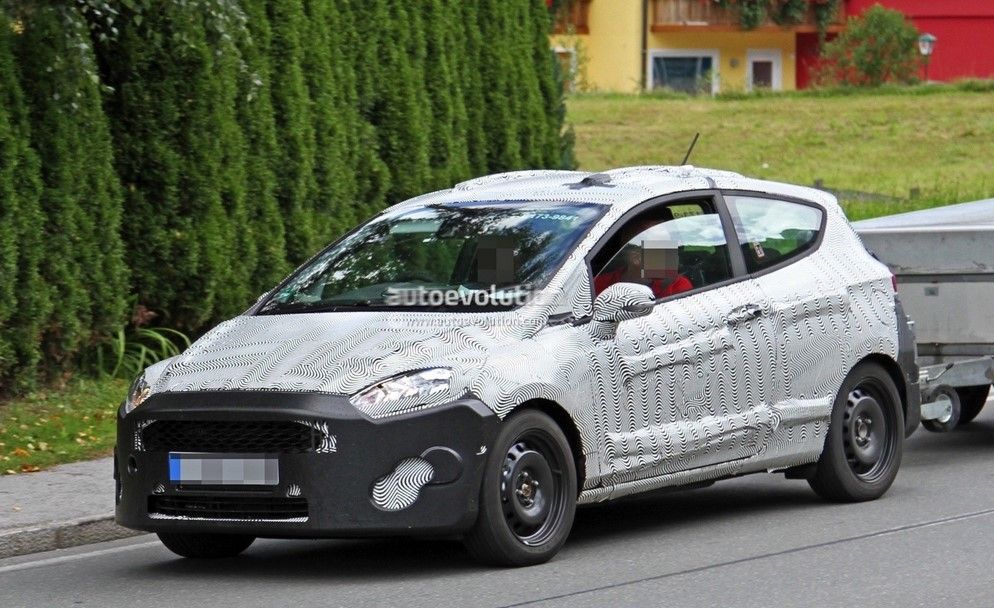 This is one of the biggest changes for the new 2018 Ford Fiesta MK7. Even though Ford hasn’t released any official pictures, we have seen so far quite a few test mules, and all of them revealed something interesting about the car. For starters, the funky look full of curves is gone. Instead, Ford basically went for a downsized version of the Focus which is not all that bad. The front end seems to get a similar grille and headlights design while at the back we see some influences from the Ka+.

The car also seems to be longer, wider and slightly taller than before. This will definitely allow for more space inside the cabin, but it also means a less balanced look than before. With the new model, a new ST is going to be out which seems very similar to the larger Focus RS. It seems to have a nearly identical front end with a subtle rear spoiler.

Unfortunately, we didn’t manage to see any pictures of the interior for the upcoming Fiesta. However, considering where the design scheme is going, it is safe to assume that the older looking cabin will be gone. Instead of the big curves, we will more than likely see something a lot more similar to the Fusion.

Expect a more conventional center stack, a better driving position and likely considerably more space than before. On top of that, the car has a good chance of being better equipped which would make sense considering the higher price tag. 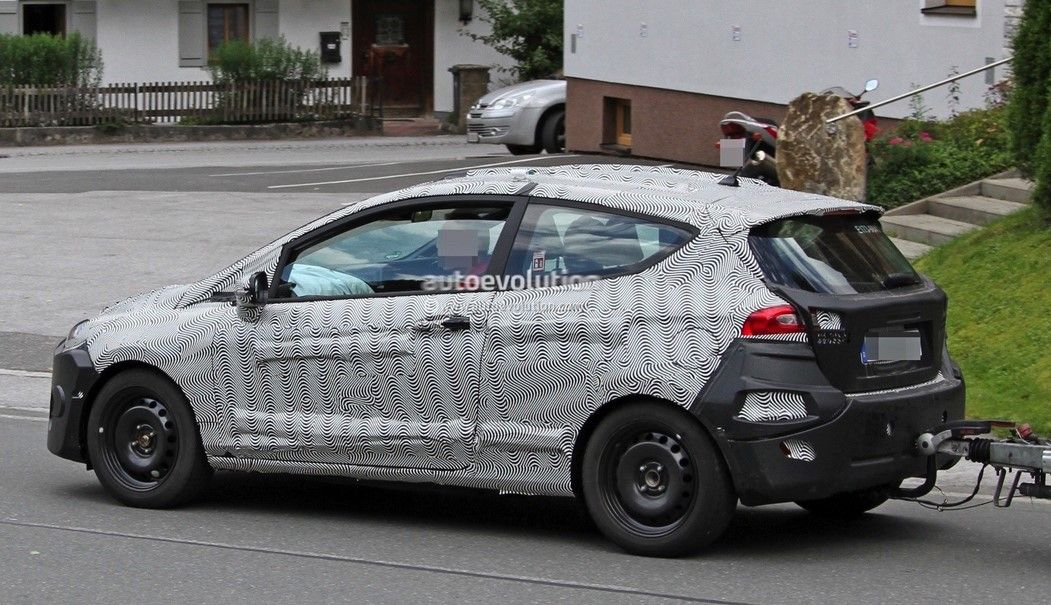 The new 2018 Ford Fiesta MK7 is expected to use all turbocharged engines. Also, it might not feature any four-cylinder petrol engine. Instead, the only engine of choice might be the 1 liter 3 cylinder EcoBoost. This is also currently in the car where it makes 100, 125 or 140 horsepower. It seems that the 2018 model will get the same 1-liter engine on the ST version of the car. However, for this particular version, the engine might be tuned to make as much as 200 horsepower.

This would easily become the engine with the most amount of power per liter, and it would definitely be a massive achievement for Ford. With it, except a manual or automatic transmission for the first time on the ST. On top of these petrol engines, the car is also expected to get a new generation 1.5 liter diesel. This might provide between 100 and 130 horsepower, and it should be a major upgrade over the older 1.5 and 1.6-liter units.

After missing from the market for a few years, GM released the all new Colorado for the 2015 model year …