In order to replace their decade old full-size SUV, earlier this year the new Armada was released. The car shares nothing in common with its predecessor which is very interesting. A few years back Nissan said that the new model was going to share its platform with the Titan. Fast forward a few years, and it seems that this is not the case. The new Armada is, in fact, the same car like the Infiniti QX80, only cheaper and slightly down on materials. The result is one of the best cars in its class thanks to the way it feels and how capable it is.

Rumors say that the car will become even more capable than that because it may receive a new version. The 2017 Nissan Armada Diesel has been rumored ever since Nissan announced back in 2013 what they are preparing for the future.

At this point, it still seems unclear if they will go through and actually release a diesel version of the Armada. At least on the US market, this would not make much sense, especially since gas is cheap and people tend to prefer petrol engine thanks to their smoothness. However, there are markets out there who would love such a model, so there is still a chance for the 2017 Nissan Armada diesel. For starters, it seems that the car would be mostly identical to what is currently available with the exception of its engine.

The price would also be heavily impacted by this change due to the sheer price of the powertrain. Some rumors suggested nearly $55,000 for a base model which is significantly more than the petrol version. 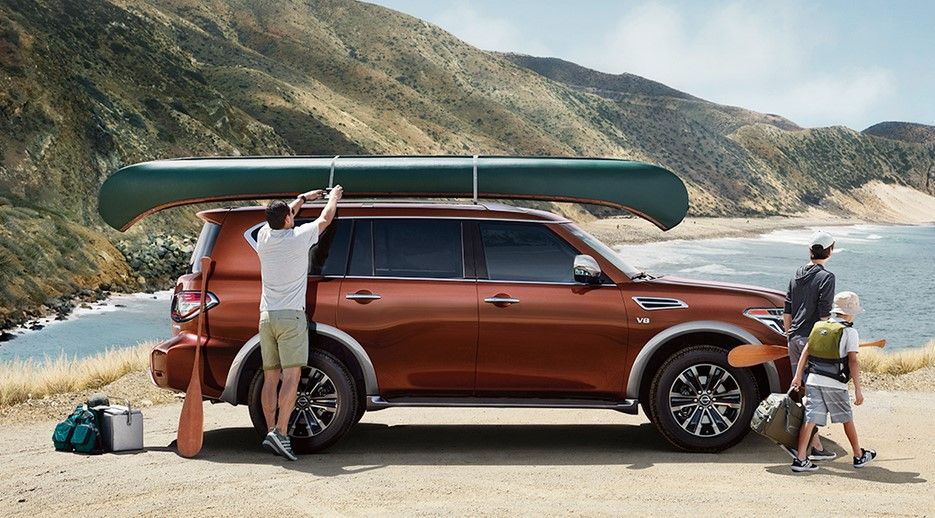 Just like we mentioned, the new Nissan Armada is actually an Infiniti QX80 with minor bodywork done to it. The front end has been replaced by something that resembles the Nissan Titan. The grille incorporates their V-shaped design but to a lesser extent. The headlights include C-shaped daytime running lights and Xenon low-beams as standard. The rest of the SUV is identical to the QX80 which is not a bad thing. Sure, the Armada does get different wheels fitting its price range, but that’s to be expected considering how much cheaper it really is.

The 2017 Nissan Armada Diesel has been rumored to receive a small hood scoop and likely a larger opening in the bumper. These would allow the diesel to breathe easier and the larger opening should allow for more air to pass through its intercooler.

There is nothing really all that special about the cabin of the new Armada and things are unlikely to change for its diesel counterpart. The instrument cluster is going to be the only real difference here. The dashboard will remain the same as before, covered in soft plastics and wood inserts on the center console. While the actual feel is not as good as in a Mercedes for example, the car is also much cheaper, so it manages to impress nonetheless. 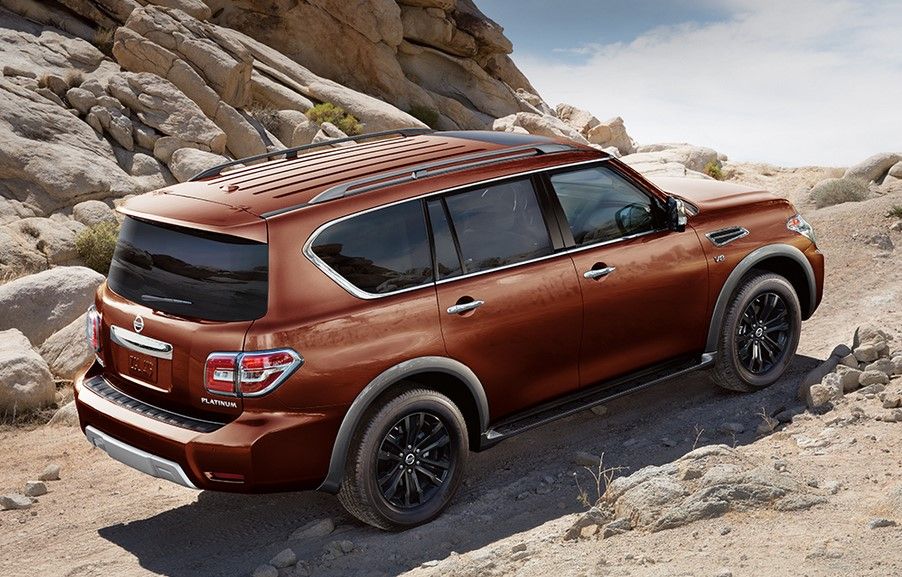 The ongoing model uses a large 5.6 liter naturally aspirated gas powered V8. The 2017 Nissan Armada diesel, on the other hand, is going to use, your guesses, diesel. This is more than likely going to be the Cummins-supplied 5 liter turbocharged V8 unit. This currently makes in the Titan 310 horsepower and 555 lb-ft of torque. The engine might be tweaked slightly for the Armada, but we do believe that this is highly unlikely. Instead, we may see a new transmission in order to cope better with the low max-rpm of the new engine.

Instead of the six-speed used on the Titan or the seven speed from the Armada, the diesel Armada may use a new gearbox, likely an eight-speed. Rear wheel drive is still going to be standard while a four-wheel drive system will be available as an option. With the diesel V8, we expect the performance to drop considerably. The 0 to 60 MPH time will be in the neighborhood of 9 seconds instead of 6 seconds like with the gas powered model.

However, the diesel will be able to tow more than the base Armada. It seems that the tow rating might be improved to over 10,000 pounds which would become the best in its class by a big margin.

The biggest rivals are: Toyota Land Cruiser and Infiniti QX80.

Not that long ago the Countryman has been heavily updated with pretty much all new parts. Despite that the new …