The Xtrail is available under many different names around the World. It is a medium sized crossover which offers up to seven seats and a lot of utility for the price. The car has been released at roughly the same time as the Qashqai and it seems it will receive an update right around the same time as well. The upcoming Nissan Xtrail 2017 has been already previewed by the US-only Rogue which has been released a few months back.

The car will be mostly identical to it with minor exceptions. The engines will be unique to the Xtrail and some of the interior gear will change. However, the upgrades seem to be quite consistent which means that the Xtrail will become a lot better in terms of value for money.

The current car starts right around €25,000 which changes only slightly depending on the market. Its top end models go for more than €40,000 which is not really worth it. Why? Well, at that price cars like the Touareg are better choices. However, between its base price and right around €34,000, the Xtrail is a really interesting crossover which is worth more than just a look. The car is likely going to be released closer to the end of 2017 and it should hit the market shortly after that.

So far it seems that the exterior as well as what is under the hood will be the largest changes. The Nissan Xtrail 2017 is not only going to receive updated engines but also likely a completely new one as well. On top of that, its design will be a trend setter for the European market, but more on that later.

Let’s start our preview with the exterior

The biggest change for the Xtrail and likely the main selling point for many people is the way it looks. The current model is quite unique with the sharp nose and the flowing lines on the sides. Some of these traits will still be used on the updated model. From the profile the car will change very little. The rims will be new but that’s about it. However, the front on the other hand will be all new.

So far it seems that it will receive Nissan’s brand new corporate look which can also be seen on the Rogue or a few other US models. This replaced the older grille with a new honeycomb mesh on that features a larger V-shaped chrome insert. The headlights also continue the overall look for a much more striking appearance. The rear end will only receive a lower-insert for the bumper and new tail lights.

The design of the dashboard and even the layout of the seats will remain the same as before. However, the Nissan Xtrail 2017 will receive a new flat-bottom steering wheel, first seen on the Rogue, more technology as well as better materials. On the center console we will find a new infotainment system which will run a much improved software. The car will receive things like frontal collision warning and emergency brake assist as standard this time around. Despite what some rumors suggested, the seven seats version will still remain an option which is a big selling point for it. 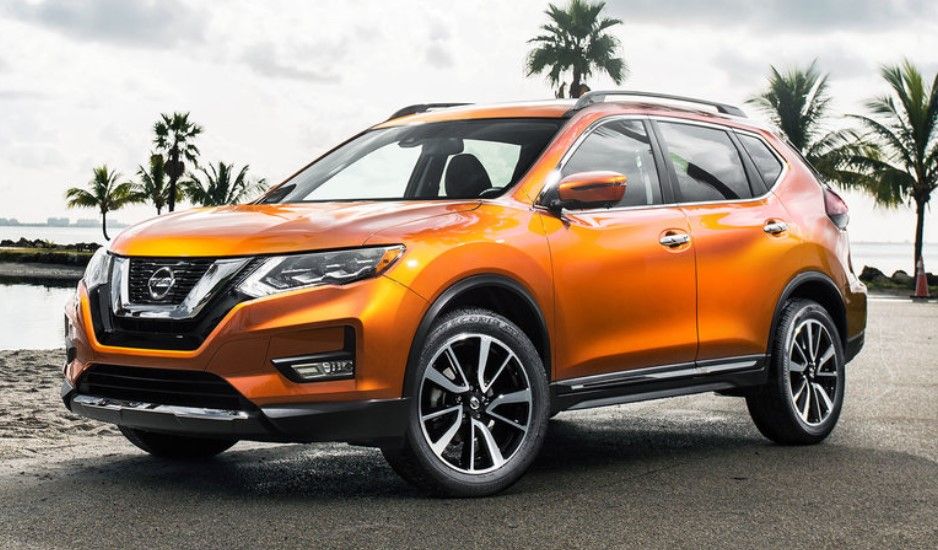 The current model is available with three engines in different power configurations. The new car should replace at least some of them. The older 2 liter inline 4 petrol unit will still be available in Russia and a few other countries. The 2.5 liter naturally aspirated mill is also likely going to stay for some markets as well. The 1.6 liter diesel which can be had in 129 or 161 horsepower ratings is also going to stay. However, in addition to these, Nissan might add a new turbocharged powertrain and likely a hybrid.

The new turbo would be Nissan’s 1.6 liter unit which is capable of anything between 150 and 220 horsepower. The hybrid on the other hand will use a 2 liter Atkinson-cycle inline 4 coupled to an electric motor. This will have a combined output of 176 horsepower and it should be offered at least in Australia. This particular engine can easily provide better than 7 liters per 100km average fuel economy which is even better than the diesels currently on offer.