Earlier this month the CX8 has been announced for the Japanese market. This is a three-row crossover meant to become Mazda’s new flagship crossover in this market. However, it seems Japan may not be the only market to receive this new model. A short while ago the car has been spied testing on US roads which likely means it will eventually be offered here as well.

The car is likely aimed at those looking to get the practicality of a three-row crossover without the appearance of a minivan. Even though the details are still scarce, there is still plenty of information to go by which seems quite interesting at this point.

The upcoming 2018 Mazda CX8 seems to be based on the same SkyActiv platform as the CX9. However, there are quite a few differences between the two cars. For starters, the wheelbase is the only identical measurement at 115 inches. The car is 193 inches long, 72,4 inches wide as well as 68 inches tall. This makes it nearly seven full inches shorter than the CX9 and 4.9 inches narrower.

The car is also nearly an inch lower which allows it to have a much more aggressive stance than its sibling. The car would be best described as a slightly elongated CX5 as it is quite similar to it regarding dimensions. The price hasn’t been announced, but it is safe to assume it will cost quite a bit more than its smaller sibling. 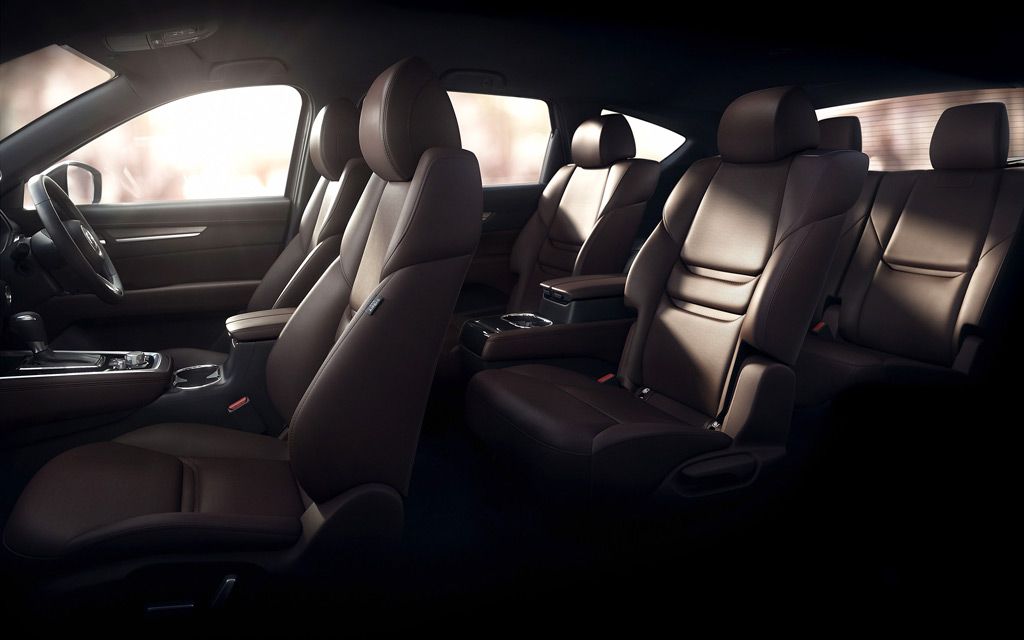 At first, it was rumored the upcoming 2018 Mazda CX8 was going to look a lot like the Chinese-spec CX4. However, recently Mazda revealed a teaser picture of the car which shows a completely different vehicle. In fact, the new CX8 has a lot in common with its larger sibling, the CX9. The car shares the same roof-line as its sibling, and it also gets a hatch-like rear styling which is quite a bit more different than that of the CX4.

In the front, on the other hand, the car is all new. Here it takes the 3D grille found on the Chinese model and its headlights. With the help of a really low hood-line and an aggressive bumper, the CX8 looks like a much more premium car than the larger, and more expensive, CX9 which is unusual.

Here the 2018 Mazda CX8 is going to feature three rows of seats. The base models will be able to accommodate up to 7 people while the higher end versions will only seat 6. This is because the higher end versions of the CX8 are going to boast individual middle seats with a center armrest as well as individual cup holders. On top of that, the car will feature 4G LTE connectivity, aluminum inserts, premium leather upholstery as well as things like a rear seat infotainment system.

Take into account though that these are only going to be offered on the higher end versions of the CX8. For now, it seems that the US market may only receive the more premium model with the six seats. This would not make competition for the CX9, but it would give Mazda an edge over their rivals. 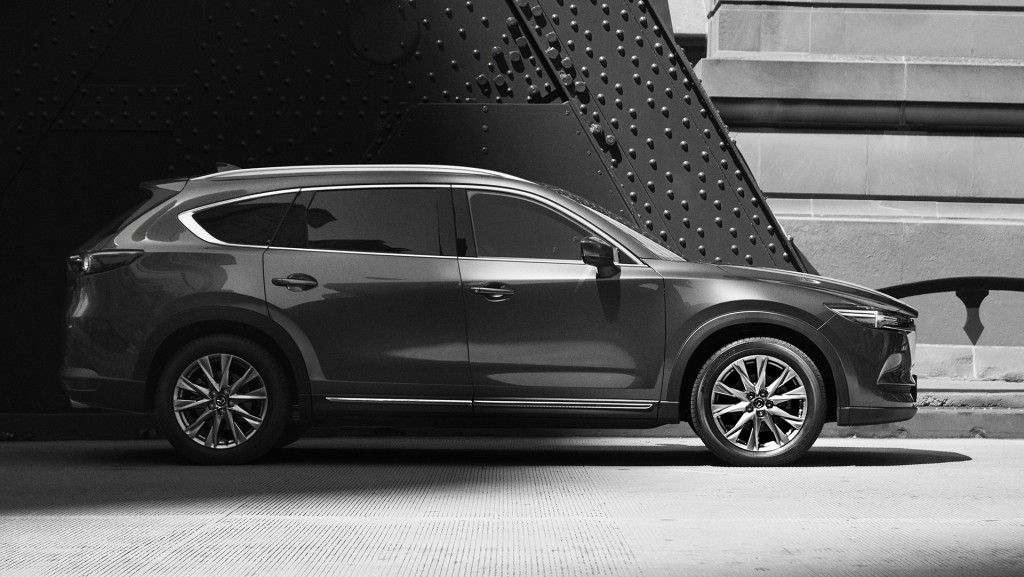 So far it has been confirmed the fact that the 2018 Mazda CX8 is going to boast a 2.2-liter turbocharged diesel. This is currently known to make 173 horsepower and 310 lb-ft of torque which is more than enough for a people carrier. Mazda announced that this is going to be the only available engine for the Japanese market. If the car actually hits the US shores, then we are certain it won’t be the only powertrain. In fact, we would bet they would also offer Mazda’s already well known 2.5 liters turbo-four gasoline engine.

This is good for up to 250 horsepower but north of 300 lb-ft of torque which is all available from lower than 2,000 RPM. Thanks to that it has been loved by those who drove it as it feels really fast despite not being that powerful. The only transmission of choice will likely remain Mazda’s well known six-speed automatic which is average in this day and age. Front wheel drive will likely be standard while an all wheel drive system should be offered as an option.

Porsche is one of the first manufacturers to release a high-performance luxury SUV with the original Cayenne back in 2002. …