In the recent years many manufacturers realized that the emerging markets are a lot more crucial to their development than they thought so many of them started to focus on these markets. Manufacturers such as Ford, Chevrolet, Renault and more recently Nissan started to develop cars specifically for these markets.

The latest offering is the all new 2017 Nissan Kicks, a car mostly based on the 2014 concept of the same name which was approved by Nissan and it is currently scheduled for production in the next few months. The car has been developed specifically for the Brazilian market but it will also be sold in India as well as other Asian countries and some rumors even suggested that the car might be sold even in Japan thanks to its small size and very interesting design.

The price hasn’t been announced up to this point but it seems it will be priced similar to a top of the line Micra which would be quite good considering its competitors.

The wheelbase of the car is nearly identical to that of the Juke and for the untrained eye it may look nearly identical to a Rogue. However, there are a lot of new design features on the new 2017 Nissan Kicks and some may even say that it looks quite fresh and modern and we wouldn’t disagree. Even though Nissan used most of their current corporate design touches, the car still looks a lot more different than its siblings.

The front end features a larger than usual V-motion grille which dominates the face while the sides have large bulging wheel arches which make it seem like at rue off-road machine. At the back it looks a lot more like a regular Rogue but thanks to the hidden C-pillar and small roof spoiler, the car somehow manages to get a unique look for itself.

At this point in time it still is unclear if the car will be made available on the European or US markets considering that it has been developed for a completely different target. However, considering that it does look arguably better than the Juke and that its interior is probably one of the most interesting we’ve seen on a car this cheap, the car would definitely have a chance on any market out there.

The dashboard uses a new design approach for Nissan where the upper lines continues on the door covers which makes the driver feel like he’s in a cockpit. On top of that the materials are top of the line and even though it is a simple design, it manages to simply be better than its competitors. 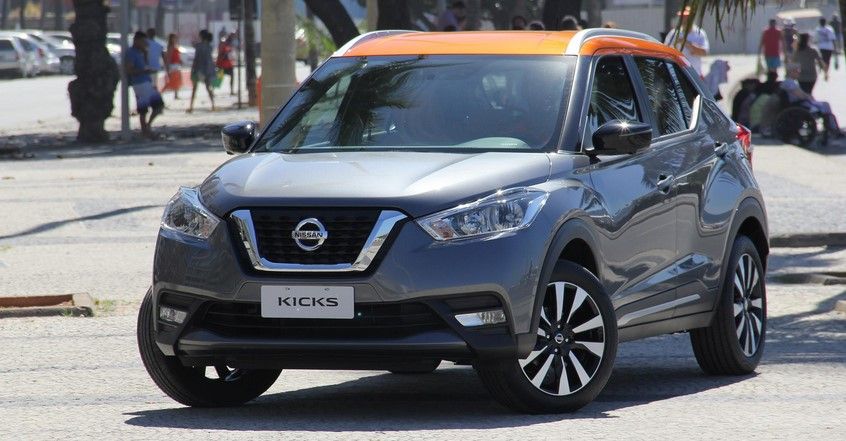 The Brazilian version of the 2017 Nissan Kicks is using a naturally aspirated 1.6 liter inline 4 petrol engine which can also run on E85 or pure ethanol. In any case the car will return around 10 km/liter which is quite good considering the class it’s in.

Rumors say that if it will hit the European market, the car is going to use a smaller 1.2 liter turbocharged mill with just as much power as the larger engine but with a much better fuel consumption. The bad part is that in Europe the car might cost a lot more than in Brazil due to the fact it will actually be made in Brazil and exported around the World.

When your jeep gets stuck in a tight spot or muddy road, and you cannot move, a jeep winch helps …