Mitsubishi’s lineup of cars is rather old at this point. Both the Outlander and its Sports version have been around for quite a while now. After a few years of struggling it seems they are back at trying to create great cars. Their latest release is the 2018 Mitsubishi Eclipse Cross which has been revealed before the official unveiling in Geneva. The car shares its platform with the Outlander line of cars. This means it has a 105.1-inch wheelbase which is quite long for a car this size.

However, this also means it overlaps with the two other models which may prove problematic in the long run. Luckily though Mitsubishi did say a new Outlander and Outlander Sport are on their way and the two will be vastly different from the current cars.

With the Eclipse Cross, it seems that Mitsubishi wants to release a competitor for the Nissan Juke or the Jeep Renegade. It has the style to compete with them, and so far it also seems to have the technology. The latter has been missing from Mitsubishi’s lineup for a while. The pricing on the new car hasn’t been announced, but they did say it will cost between the Outlander Sport and the regular Outlander. This means anything between roughly $20,500 and $24,500, so it is safe to assume around $22,000.

This also happens to be right near its main rivals. Unfortunately, the car will come to the US market in the early 2018, so there is some wait time involved. However, the European model will arrive later this year with more engine choices and from what it looks like, more trim levels.

The 2018 Mitsubishi Eclipse Cross manages to incorporate a good bit of traits from a few different concepts. The car shares some of its lines as well as part of the front-end with the GC-PHEV concept from 2013. However, it also seems to share quite a bit with the newer XR-PHEV concept from 2014. Even though the latter is a two-door, it shares its basic shape as well as most of the rear with the production model.

This was actually intended as a preview for the future Lancer which might mean that Mitsubishi is looking to create a completely new corporate design. If this is the case, then good things are going to come in the future. The sharp front end, the Lexus NX-like overall shape or even the sculpted sides make it quite bulky and good looking. The only drawback of the Eclipse has to be the rear end which seems to be taken straight out of the older Civic.

Mitsubishi worked a lot on the car’s interior to bring it up to date. It shares nothing with the older models, and that is great. The dashboard has been fully redesigned with fewer buttons and a more minimalist look. There is a larger infotainment screen which now sits on top of the dashboard. Also, most of the controls have been moved under the central HVAC vents and have been slightly recessed to give the dashboard a cleaner look.

Mitsubishi announced that it would be available with a head-up display, sports seats, Apple CarPlay and even Android Auto. The only problem might prove to be the infotainment system which uses a Lexus-inspired control system with a touch-pad which is not all that great on the higher end Lexus models. 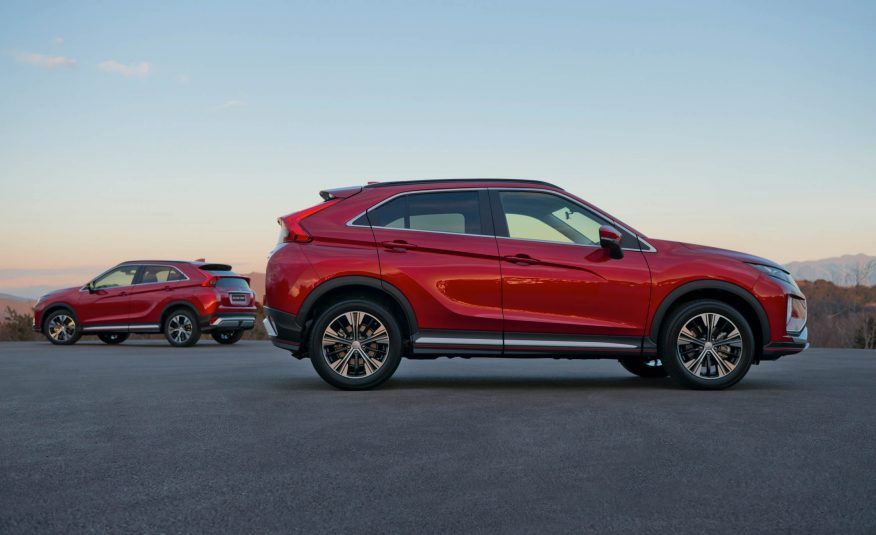 Instead of continuing to use the dreadful 2 or 2.4-liter engines, they finally moved to an all new powertrain. The 2018 Mitsubishi Eclipse Cross will hit the US market with a 1.5 liter turbocharged inline 4. The output is still unknown, but they did confirm it will make more than the 166 horsepower currently provided by the 2.4-liter engine. The European market is also going to receive a 2.2-liter diesel with an unspecified output.

Front-wheel drive will be standard with the all wheel drive system, with a limited slip rear differential, being an option. The 1.5-liter engine is going to be mated to a CVT gearbox which is not the greatest. Luckily, though, the diesel will get an eight speed automatic which may eventually be seen on the US model as well. 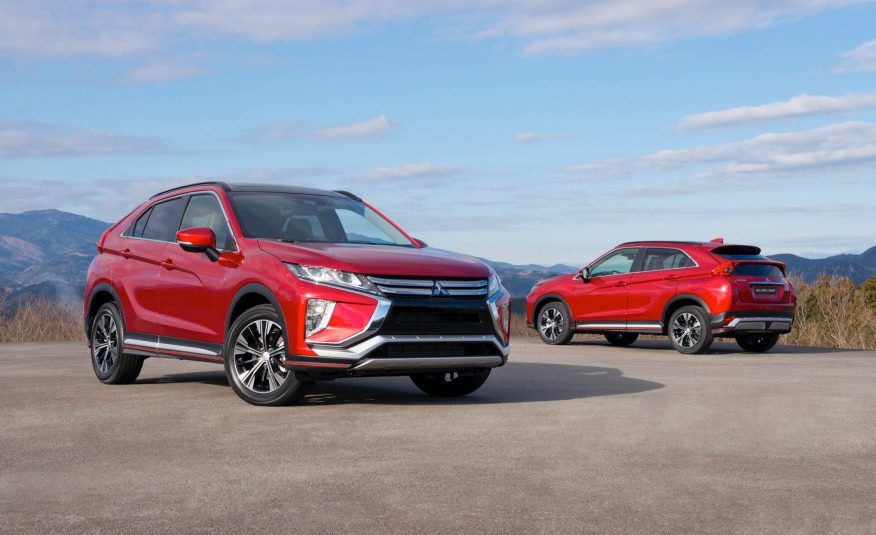 The Enclave is a premium three-rows crossover which has been around for a while. The car was released back in …