The Cayenne is the car that allowed Porsche to continue making the 911 and kept them afloat during the early 2000s. However, in the past few years, the car has been neglected a bit because Porsche has been working hard on the new Panamera and Macan, a brand new compact crossover. Well, the time for a new Cayenne is getting closer and we have already started to see test mules in the early 2016. The new model will likely be released as the 2018 Porsche Cayenne, and it should basically be an entirely new car.

For starters, the new model will be based on a new platform; it will feature new engines, and it will also be more luxurious and better to drive. The basic design scheme is still expected to stay true to the original, but this applies to pretty much any other Porsche on the market.

The chassis the new car is going to use is going to be VW’s MLB Evo. This also underpins the latest Q7, the Bentayga as well as the upcoming Lamborghini Urus. The new platform should allow Porsche to save more than 200 pounds on most of its models with the entry level ones being expected to lose over 300 pounds in some cases. This will still make for a rather heavy crossover, but the weight loss should allow the Cayenne to become even better to drive than before.

There is no word on the size of the new model, but from the early rumors and from the test mules, the new one seems to be pretty much identical regarding wheelbase and width of the ongoing model. The new 2018 Porsche Cayenne should be released by the end of 2017 with the market availability starting shortly after that.

The new Cayenne is said to become quite a bit more aggressive than the ongoing model which is not exactly toned down. The front end should receive a new set of headlights, more similar to those on the Panamera, likely a bumper similar to that of the Macan as well as a wider set of fenders. The back will more than likely be mostly identical to the Macan and this has been seen from the earliest test mules which all features a Macan-like construction on the back. New wheels, colors and body kits will become available across the range.

Even though at this point it still is quite early, the 2018 Porsche Cayenne is likely going to receive the same dashboard found in the Panamera. This features a much wider screen on the center stack as well as fewer buttons. Things like a fully digital instrument cluster and all the latest safety and infotainment features are already a given at this point. One of the biggest strong points of the Cayenne was the way it drove and the driving position.

Thanks to the new platform, the new one should be even better than before. Expect it to be as fun to drive like a sports sedan while offering the space and carrying capacity of a true SUV. 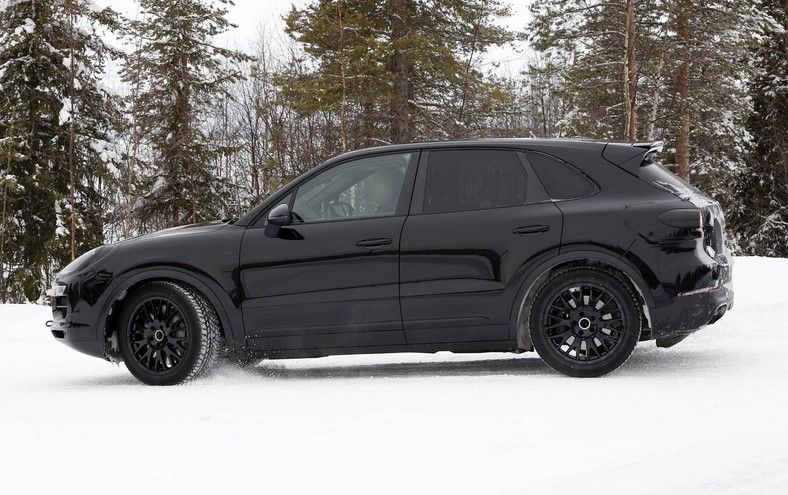 The current model offers a mix of new and old engines which are not the most powerful or efficient out there. We are glad to say that all of them will be discontinued. In their place, the new 2018 Porsche Cayenne will likely feature just three different powertrains, at least for starters. The base model should get a new 3 liter twin-turbocharged V6 offering anything between 350 and 420 horsepower. This should replace all the older base engines as well as the V8 from the S. The top of the range Turbo, and Turbo S should both make use of a new 4-liter hot twin-turbo V8 with its turbochargers inside the cylinder heads.

This particular engine makes in the Panamera 550 horsepower, and it should be able to deliver more than that in the Cayenne. The old six-speed manual will likely be discontinued together with the Aisin eight-speed automatic. In their place, the Cayenne will likely receive the new eight-speed dual-clutch unit from the Panamera. This is not only faster than the older Aisin unit but also more fun to drive as well as much smoother. 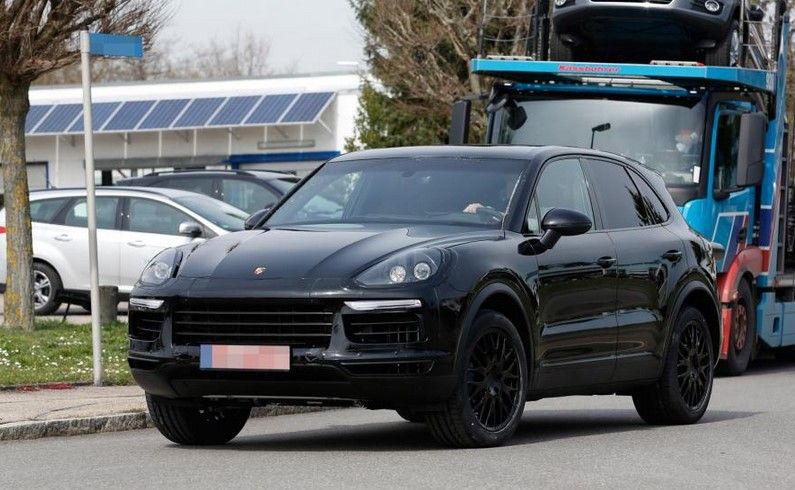