After Land Rover had showcased mildly updated versions for the Range Rover and its Sports version, a few days ago some interesting shots of a camouflaged Range Rover were taken. While the car is still camouflaged a bit too well to see any actual design traits, there is a really interesting piece of information available. It seems that the car was wearing a sticker which said it was a hybrid. On top of that, it may be their first model to use a brand new hybrid powertrain specifically developed for the top-end models of JLR.

At this point, the car is just known as the 2019 Land Rover Plug-in Hybrid but things will more than likely change in the future. For starters, it seems that this is something more than just another refresh for the Range Rover. The current model was released in 2012, and it would make a lot of sense to release a new version soon enough.

More details about this SUV

It seems that the heavy camouflaged cars seen testing a while ago might be the prototypes for the future Range Rover models. The car is expected to boast a modified platform which will make use of more aluminum and less steel than before. Also, carbon composites might be used for the first time in the car’s history. With the help of these new materials, the Range Rover should be able to lose a few pounds while also becoming considerably stiffer than before.

With it, the hybrid is also expected to debut. The car is expected to be showcased in the early 2018 with its market availability starting closer to the end of the year. There is still no word on the pricing as of yet. Despite that, it seems Range Rover might just replace the current diesel-hybrid with the new powertrain and keep the pricing unchanged.

So far the prototype for the 2019 Land Rover Plug-in Hybrid doesn’t seem all that different from the current Range Rover. This is most likely because the car is not much more than just a test bed. However, Land Rover did modify the front end slightly, probably in order to see how the car’s new aerodynamic profile will affect the performance. The bumper seems to be new while the grille and headlights to seem more similar to their newest release.

For the future production model, we actually expect just a revision of the current car. It will likely come with cleaner lines, a more restrained look and more than likely the new front end they are testing. The same should also happen to the interior. The current model already sports the latest features and materials, so all of them will likely be carried over to the future car. However, it may receive a few extras such as a better head-up display as well as their upcoming infotainment unit. 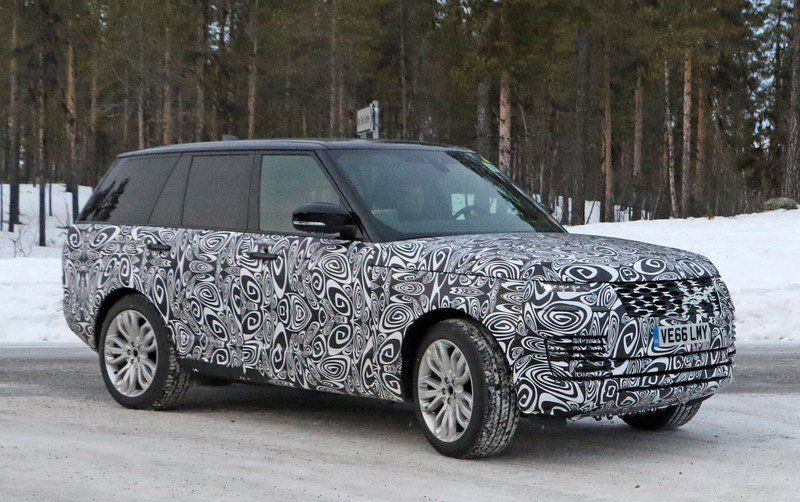 The biggest piece of news about the 2019 Land Rover Plug-in Hybrid has to be its engine. At first, many thought the car would use the same 3 liter V6 diesel coupled to a small electric motor. Luckily this is not the case. It seems JLR is preparing an all new hybrid for their future cars. This would use a 2 liter turbocharged Ingenium inline four gas engine. So far it seems that this engine will make right around 295 horsepower which is actually quite impressive for the size.

The Range Rover will then feature a 5 to 10 kWh battery-pack under the trunk floor. In order to protect it in off-road, this will be covered by a thick steel plate. The battery-pack should fuel an undisclosed power electric motor which will likely be integrated into the car’s transmission. This will allow the gas engine to be completely disengaged, so the 2019 Land Rover Plug-in Hybrid will be able to travel around 25 miles on electric power alone. Despite being a rather compact hybrid system, it should be enough to get it to 60 MPH in under 6 seconds which would be very impressive.

If this turns out to be true than the combined output of the car is likely above 400 horsepower and 400 lb-ft of torque. This would not only mean more than before, but with the all-electric range, the new model will be far superior to the diesel-hybrid of today. 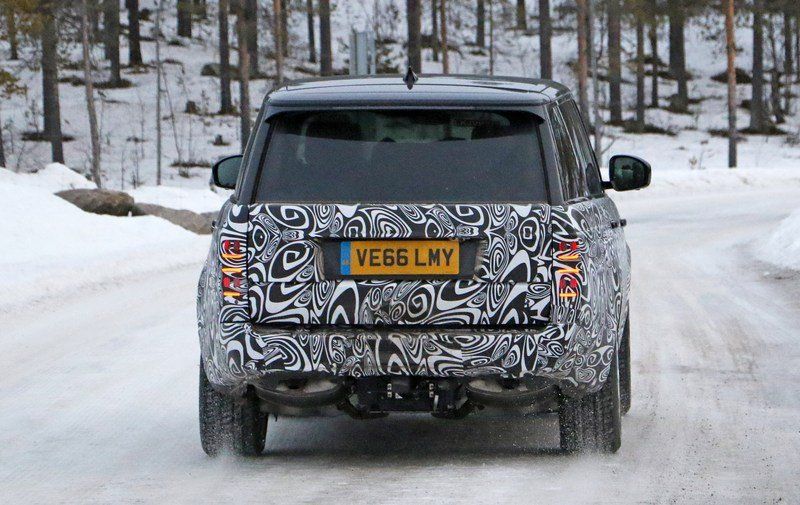