After being a leader in its class for some time, the Q3 started to lose customers after the X1, the Lexus NX, the GLA, and the Infiniti QX30 have been completely redesigned. In comparison, the Q3 has been around, mostly unchanged, since 2011. The main problem with the current model is the powertrain which is not as refined or as powerful as those of its competitors. A while back rumors suggested that a new version of the car would be released in 2017. However, after Audi showcased the updated 2017 model, it became clear that it was not the new model.

Instead, it seems that the all-new version of the car is going to be released with the 2019 Audi Q3. The car is expected to be showcased in the early 2018 and go on the market shortly after that. Its price will most likely go up slightly due to the new Q2.

Even though the new Q3 will be priced similarly to an A4, or higher, the car will actually be based on a different platform. The Q3 will most definitely use VW’s MQB front wheel drive modular architecture. This will combine a transverse front engine with front or all wheel drive.

Unfortunately, the Q3 doesn’t get the A4’s platform which uses a longitudinally mounted engine that does offer more powertrain options. The good part is that the MQB should allow for more interior space than the MLB as well as a more compact package which is needed in Q3’s class.

At this point, the design of the 2019 Audi Q3 is still under wraps. However, the car has been spied wearing heavy camouflage a few days ago, and the result is a lot more interesting than some said. For starters, the Q3 will not get the boxy shape of its predecessor. The car definitely looks longer, wider and lower than before. On top of that, the roof is swept towards the back and ends up with a small roof spoiler. The car seems to have a lot more in common with the Macan, at least from the profile, than with the older Q3.

The design details will likely be similar to those on the newest A4 or the Q7. Expect the Q3 to offer a more aggressive front end as well as flared wheel arches across the range. The latter can already be seen through the camouflage on the spied model.

The ongoing Q3 offers a mix between the A3 and the A4. The materials are on par with the larger model, but most of the buttons have been taken straight out of the A3. Thanks to the move to the new platform and the new size, the upcoming Q3 is actually expected to mirror the look of the A4. The car is expected to receive a very similar dashboard with a minimal amount of buttons and the same premium materials. Options such as the digital dashboard or even the head-up-display will most likely be available across the range. 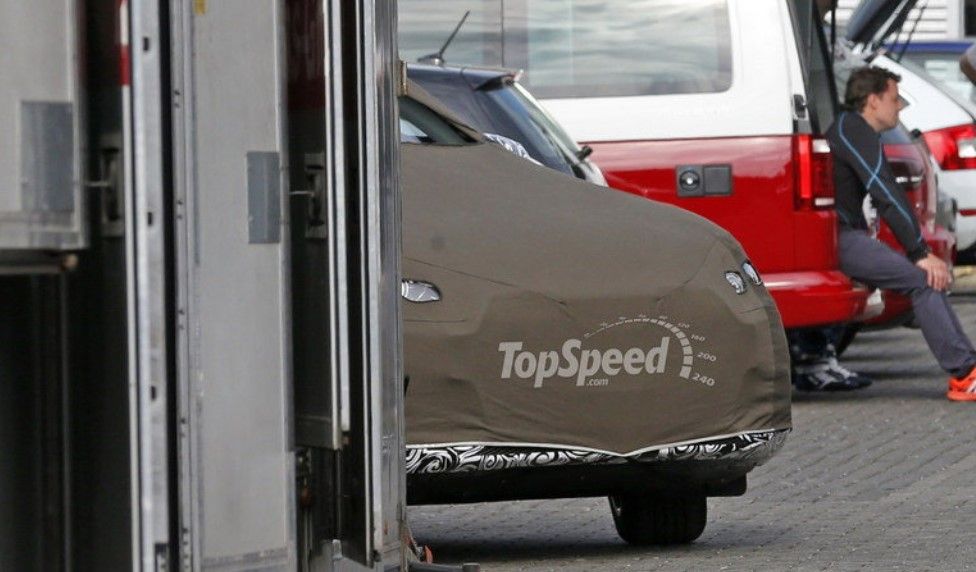 Luckily, the 2019 Audi Q3 is not going to use VW’s new three-cylinder turbocharged engines. Instead, the 1.4-liter turbo will most likely be the base offering, at least in Europe. In the US, the 2 liters turbocharged inline four will still be offered as standard. However, this will likely be the revised version which currently powers the A4. This should make around 250 horsepower and just as much torque. Diesel will only be available in Europe and a few other select markets. The US will likely receive a 1.4-liter hybrid that could offer north of 200 horsepower.

The SQ3 and the RSQ3 have not been announced up to this point. We are quite sure that both of them will receive very interesting engines in order to match, or outrun, the competition. The SQ3 would be a new offering in the range directly aimed at cars like the QX30 or the GLA. The RSQ3, on the other hand, would be the high-performance version which will more than likely use a 2.5-liter engine with as much as 400 horsepower and well over 350 lb-ft of torque.

While Europe will receive a manual on certain versions, the US market will only get an automatic, most likely a revised six-speed dual clutch unit.

The Avancier has been revealed in China earlier this year, and it is set on becoming Honda’s next top end …