The 2018 Alfa Romeo Stelvio is more than just a rumor at this point. Ever since the mid of June reports of test mules started appearing in the media. More recently, the car has been spied inside and out, and it looks pretty much ready for production. There are some very interesting aspects about it which we are going to talk about next. For starters, the Stelvio is not a rival for the BMW X5 and the Cayenne like some people suggested. Instead, it looks to be right around the same size as the X3 or the Macan. This is great news because the FCA Group already has a larger model with the Levante.

Instead of using a Fiat front wheel drive platform, like it was rumored a few months ago, it seems that the car is using the same platform that underpins the Giulia. This is a rear wheel drive design with an optional all-wheel drive system. The chassis is highly capable, and on the sedan, it features a nearly perfect 50:50 weight distribution. This will likely change for the crossover but not all that much. There is still no word on the pricing or actual release date.
However, considering most of its rival sit between $35,000 and $50,000, the Stelvio will more than likely be priced accordingly. The car is expected to be revealed later this year, and it should hit the market shortly after that.

One of the biggest griefs about the 2018 Alfa Romeo Stelvio was the way it looked, at least in the early stages. The car was using a fake cover for the rear end which made many people assume it would look a bit too boxy. However, this is not true. Instead, the Stelvio actually has a profile very similar to the Levante, but on a much small scale. The roof-line is swept back slightly with the rear window being installed at an aggressive angle. The result is a car that looks on par with any of its rivals. The front end seems to be nearly identical to that of the Giulia.

The headlights, center part of the grille and even the hood seem to be the same. The back, on the other hand, looks to have taken a bit more from the Levante which is a bit unusual.

Like with the car’s exterior design, the cabin of the Stelvio looks to be very similar to that of the Giulia. This is not a bad thing by any means, and everybody is doing it. We did hope for something unique but considering its rivals, the route they took has been expected for some time. The dashboard, front seats, and even the equipment levels seem to be the same as on the Giulia. The difference is in the rear seats where the Stelvio will definitely offer more room. The trunk might also be larger which is always a bonus. 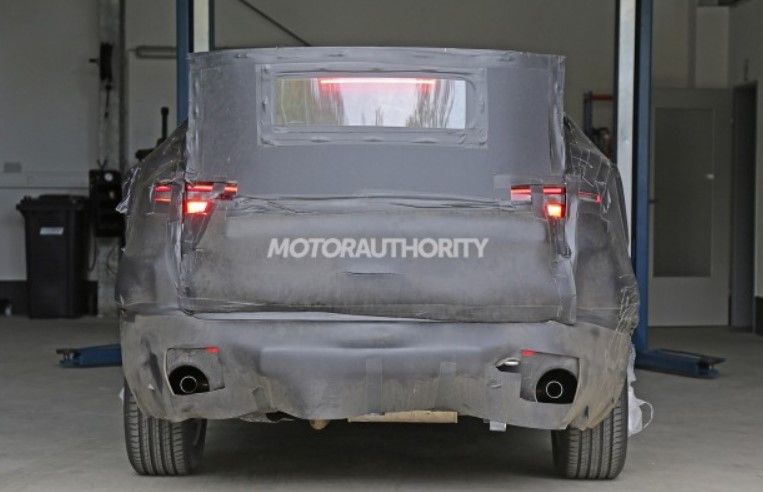 When the 2018 Alfa Romeo Stelvio was first seen, many said that it would be a competitor for the Discovery Sport. However, considering how low it sits and how low the passengers sit in the car, the Stelvio is more of a Macan competitor than anything else. The engine sits low and quite far back in the chassis in order to help with weight distribution. So far it seems that the car will receive a 2-liter petrol engine as standard in the US.

The Quadrifoglio Verde would offer a 2.9 liter twin-turbocharged V6 developed by Ferrari which also powers the QV Giulia. Some rumors suggested that the QV would only be available with an eight-speed automatic and an all-wheel drive system. The latter is not available on the Giulia so it would give the crossover an edge over its close sibling. The AWD system would also allow the car to compete with the Macan Turbo or the AMG GLC.