The Qashqai is Nissan’s mid-size offering on the European market with a funky design and great interior. However, the car lacks a powerful engine, and it might feel a bit cheap at times. In order to improve their share of the European market, a new model will be released with the Nissan Qashqai 2017. So far Nissan has not said all that much about this update.

However, in the meantime, they updated some of their US models and European cars, and the direction they’re heading is very interesting. So far it seems that the Nissan Qashqai will become not only safer and easier to drive but also more premium and likely more powerful as well.

What will we get?

So far it seems that the new Qashqai will be a heavily revised version of what is currently available. With all that we said above, the car should also receive a new look inside and out. Also, it is worth mentioning that a few months ago Nissan released the Qashqai Premium crossover concept. Even though this is just a concept, it shows the clear direction the car is heading towards. The new model will likely come with more models and features.

The base price is still likely going to hover around €20,000 which is where most of its rivals are. However, some rumors also said that we might see cars at more than €35,000 aimed directly at the BMW X3 or Audi Q3. These would offer much better materials inside the cabin, a more powerful engine, and a slightly different look.

What will power the new car

Well, so far it seems that the basic models of the Nissan Qashqai 2017 are going to receive the same engines as before. This was also the case with Nissan and Renault’s other revised cars, and we can’t see things will change for the crossover. The European model will come with two petrol engines and two diesel offerings. In Russia, the Qashqai will only be available with a rather old generation 2 liter naturally aspirated petrol engine.

The European models will get either a 1.2 liter turbocharged inline 4 with 114 horsepower and 140 lb-ft of torque or a larger 1.6-liter turbo with 161 horsepower and 177 lb-ft of torque. Both of them will come as standard with a six-speed manual and front-wheel drive. The smaller engine will also be available with a CVT gearbox in some markets. The 1.5 and 1.6-liter diesel will offer 108 and 129 horsepower respectively. Only the 1.6-liter unit will be available with all-wheel drive and only when equipped with the manual gearbox. 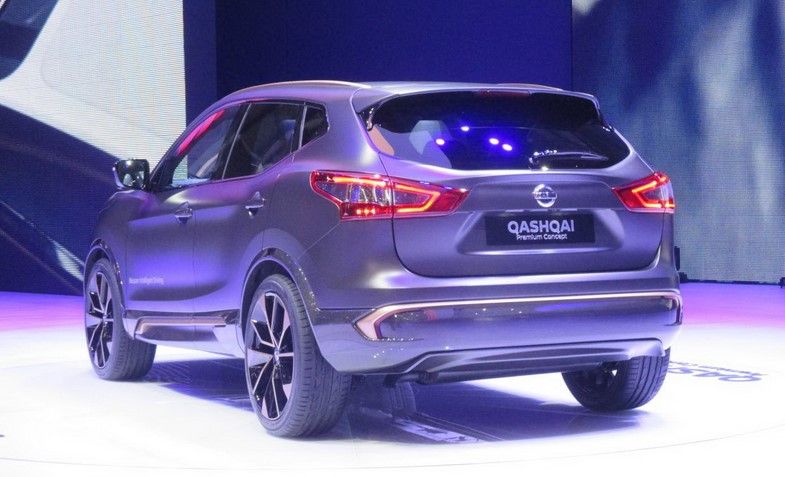 Like we said, the Nissan Qashqai 2017 is also likely going to receive a more powerful engine for its premium version. It seems that this might be a 1.6 liter turbocharged inline 4 offering 202 horsepower and around 190 lb-ft of torque. This engine would be a similar unit to that found in the Megane GT. Like in the GT, expect it to be available with a dual-clutch automatic gearbox which this time around may drive all four wheels.

Even though many rumors suggest the new Qashqai will remain identical to the current generation, we are not so sure. In fact, the US Nissan Rogue gives us a really good idea about how the upcoming Qashqai is going to look. Expect the front end to receive Nissan’s new corporate grille which has been used on many of their current cars. On top of that, it may also receive a new set of headlights and likely new LED tail lights. The Premium model will likely feature a unique body-kit, similar to what the original concept had.

What about its cabin?

The current Qashqai looks nearly identical to the 2017 Rogue and it is safe to assume not much will change for the 2017 Nissan Qashqai. However, the car will receive a new set of features and likely a new steering wheel as well. Nissan released not that long ago a new autonomous driving system. This is capable of keeping the car in lane at speed, and it can brake or accelerate on its own. So far the system is only available in Japan, and it seems that the new Qashqai will be the first model from abroad to use it.