The Santa Fe was one of Hyundai’s best selling cars with more than 130,000 units just in the US last year.  However, this is nowhere near the top-selling crossovers in its class. In order to challenge their supremacy the Korean manufacturer is going to release an all-new version of the car. Even though this hasn’t been officially confirmed, the upcoming 2019 Hyundai Santa Fe has been seen a couple of times already in Germany where it’s being developed. The car is set to replace both the Sport and the regular Santa Fe and this time around it may be sold under just one name.

So far the new model seems to be larger than its predecessor as well as better looking. There hasn’t been much information when it comes to the engines or running gear of the future model. Despite that, it is safe to assume the new Santa Fe is going to use a revised platform. This should allow it to weigh less than before all while becoming better to drive and more comfortable.

Hyundai is expecting the new Santa Fe to better fit the highly competitive segment it will be sold in. Because of that, they are going to change the car’s name, and they are also expected to give the Santa Fe more engines than ever before. The seven seat version of the car will likely continue to be aimed at those looking for a true family hauler with a relaxed driving style and plenty of space. The five seat version of the car is the one expected to take the new name. This will be aimed at the younger buyers who are not only looking for a big interior but also for great driving characteristics.

With this model, Hyundai might be able to dethrone the current market leaders. The price hasn’t been revealed for now, but it seems the car will cost roughly the same as before. Its top end versions, on the other hand, are set to cost more due to the fact Hyundai is expected to add more powerful engines into the mix. 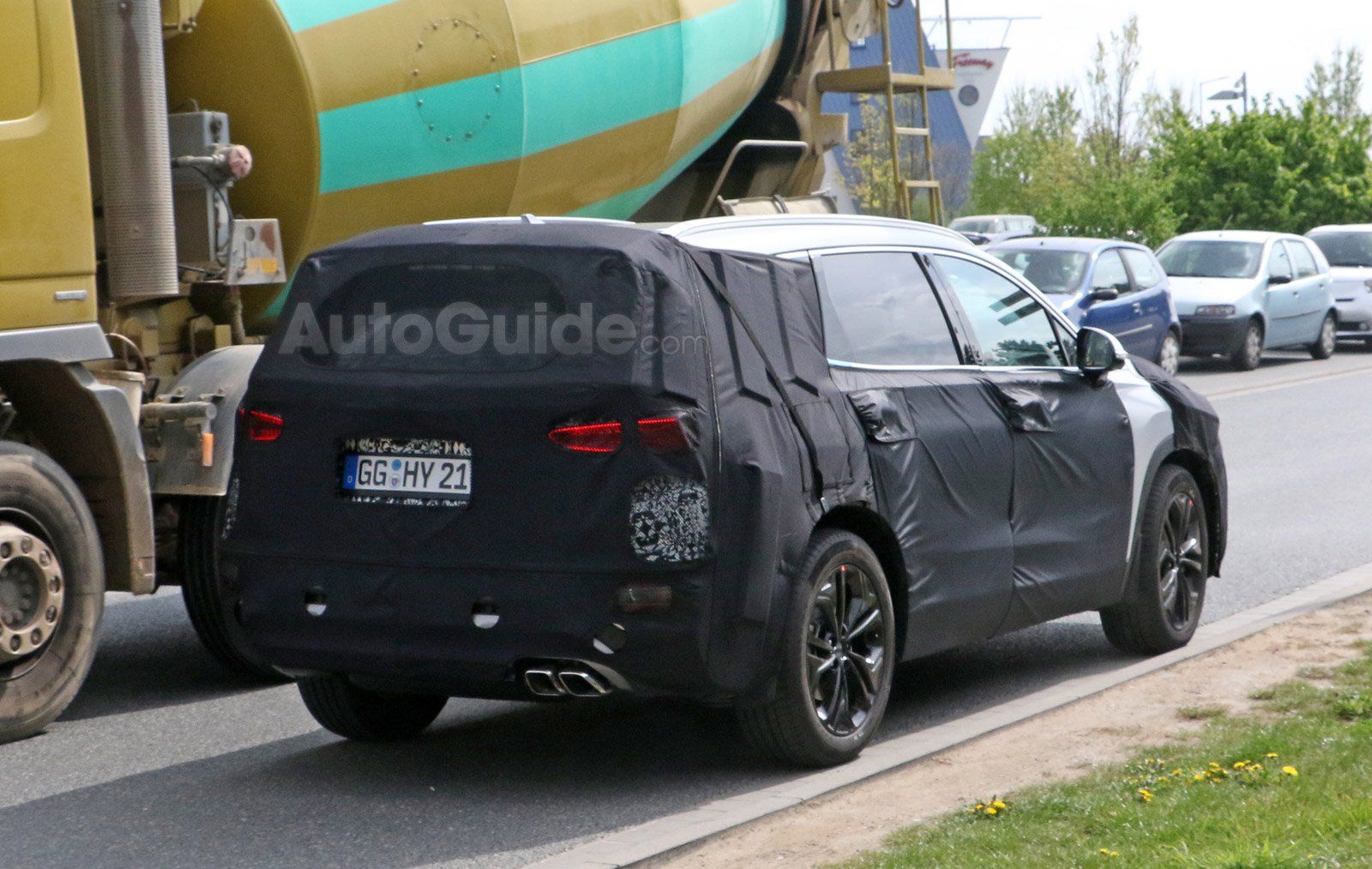 So far it seems most versions of the 2019 Hyundai Santa Fe will receive more power than those of its predecessor. This is great because it would allow it to compete with the European rivals which usually offered more performance. The five seat model is expected to boast a 2-liter turbo-four with anything between 200 and up to 280 horsepower. The usual base 2.4 liters naturally aspirated engine might be replaced by a lower output turbo. In Europe, we can expect a 2.2-liter turbo-four with as much as 200 horsepower.

The regular Santa Fe, which will boast seven seats as standard, will go on a different route. Its European version is likely going to get the same 2-liter turbo-four found in the US 5 seat model. This is because most of Europe taxes displacement and not the overall power of the car. In the US, on the other hand, the car is more than likely going to receive the revised 3.3 liter V6. With a turbocharger, this engine would be able to provide up to 360 horsepower and north of 350 lb-ft of torque.

This should allow the new 2019 Hyundai Santa Fe to easily outrun most of its direct rivals. The old six speed automatic is also more than likely going to be replaced with an 8 speed unit which would give it better fuel efficiency without compromising performance.

Unfortunately not much has been revealed about the interior of the 2019 Hyundai Santa Fe. If the rumors end up to be true, then it is safe to assume the car will receive a more modern, and conventional, design than its predecessor. The exterior, on the other hand, is a different story. It seems that Hyundai is trying their best to be better recognized by people and with this model they might just do it. The 2019 model will receive a similar grille to the newest Sonata.

However, it will also receive two sets of lights in the front. The large round headlights will act as the low and high beams while the slim LEDs on top will be the DRLs. This setup is also expected to be seen on the smaller Kona which is set to release shortly. The car’s body is also more muscular than before, and despite most rumors, it seems that Hyundai is going for a much sportier design than before. 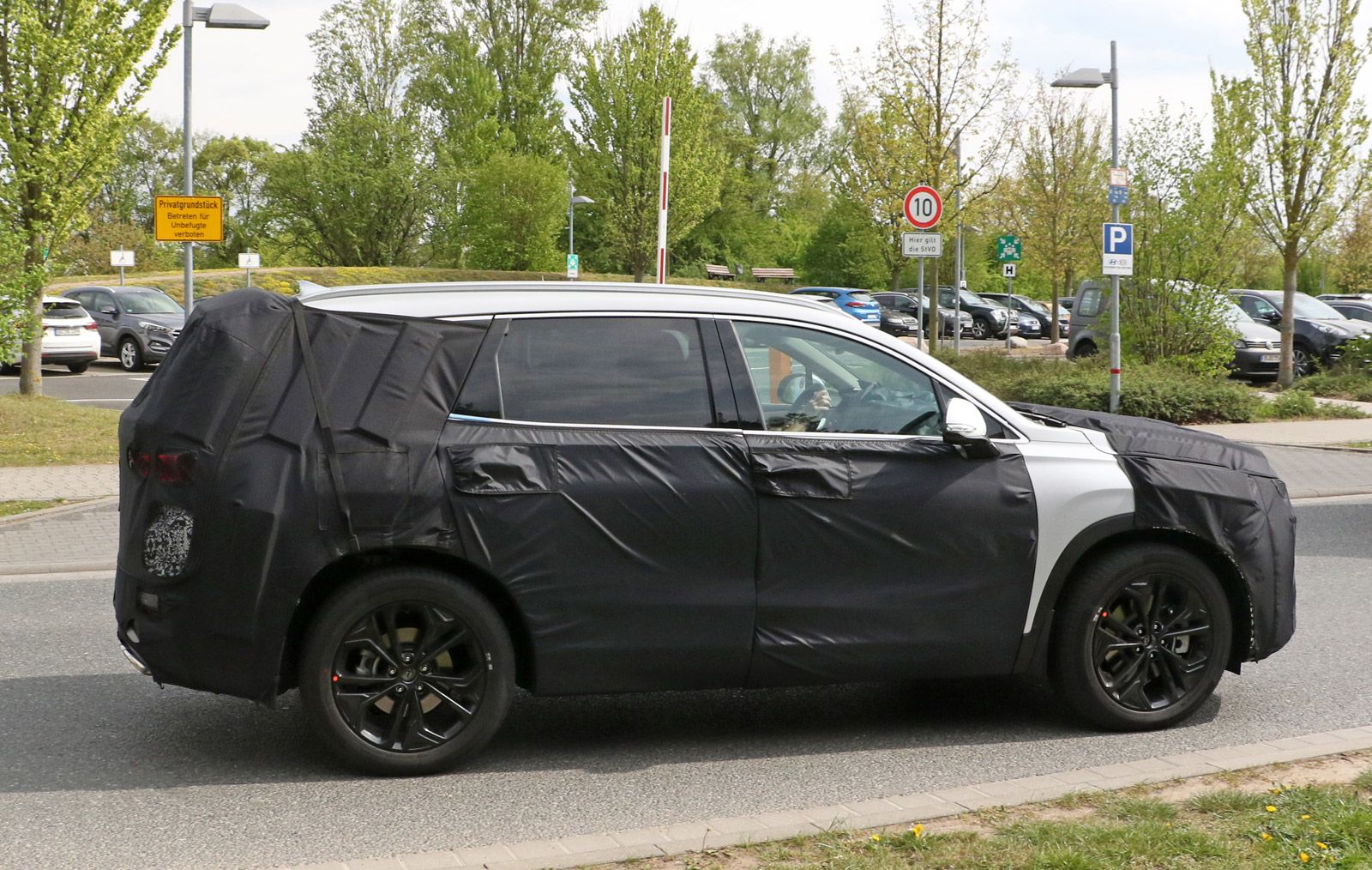 Some vehicles are built for comfort, others for convenience, still others for hard work. But the most elite class of …