The Enclave is a premium three-rows crossover which has been around for a while. The car was released back in 2007, and since then it sold quite well. However, back in 2016, it lost more than 10,000 sales in comparison with 2015. This is mostly because of its aging design and its considerably better rivals. After GM revised the Acadia, they now moved their attention to the Enclave. Not much official information has been revealed up to this point. Even so, the car has been spied testing wearing heavy camouflage, and it seems the changes are quite large.

For starters, the new model is going to ditch the aging platform in favor of GM’s C1XX chassis. This modular architecture should allow the 2018 Buick Enclave to drop at least a few hundred pounds.

Secondly, the new model is more than likely going to be smaller than before. This has been the case with its sibling, so it shouldn’t come as a surprise. However, it will more than likely feature a longer wheelbase than the current car. It will come with shorter overhangs though so that it will look more compact. With the new platform, we also expect improved engines, a new interior layout, and a considerably better running gear.

The latter is almost a certainty at this point. If we take a short look at its sibling, then it is quite clear the Enclave will receive the same suspension setup.

This means better handling than before, a more refined ride and also a better-controlled body. All of these will allow the Enclave to drive like a smaller car. The price is still unknown, but there are some interesting rumors around. It seems GM might want to make the Enclave more upmarket in order to compete with the more expensive Q7 and XC90. This could mean it will start at more than the previous $40,000.

From the early spy shots, it is clear that the 2018 Buick Enclave is smaller and it features a slimmer profile. The car’s longer wheelbase also makes it look more compact which does create the impression of a sportier-looking crossover. In the front, it seems to share some traits with the older model which is quite unusual. The car’s grille is definitely larger though with slimmer headlights. The windshield has a more aggressive angle than before while the rear end seems to boast a small roof spoiler.

The test mule seemed to have 18-inch wheels which might be those offered on the base car. It also boasted a dual-exhaust system which indicates a powerful engine. 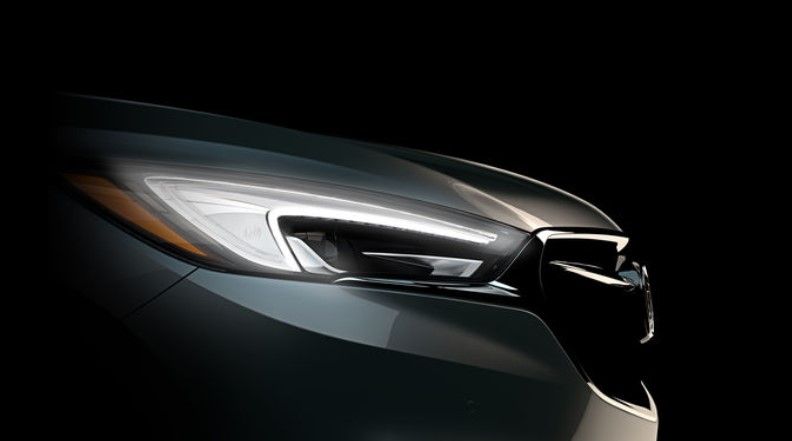 Not much has been revealed, but things are quite simple with GM’s ongoing cars. Even if the 2018 Buick Enclave will be a premium offering, it will more than likely have a similar layout inside to that of the Acadia. The dashboard as well as the front and middle seats are likely going to be mostly identical. However, the Enclave will definitely feature considerably more space for those on the third row of seats.

It is also expected to feature as standard sliding and reclining middle seats and possibly reclining third-row seats which would be a first. With the extra length, it should also be able to boast considerably more room for luggage.

Many suggested the 2018 Buick Enclave would come with a turbocharged engine. While this is still possible, we actually expect the car to get GM’s well-known 3.6 liters naturally aspirated V6. This currently makes 310 horsepower and 271 lb-ft of torque with some versions going to as far as 335 horsepower. The engine is reliable and offers a good power curve so that it would be a great offering with the Enclave. However, instead of using a six speed manual, the car might get either an 8 or even a nine speed automatic.

The latter would be GM’s own gearbox which has been in development for quite some time now. The performance will likely be better than that of its predecessor, and it should also be more efficient as well. A high-performance model with a turbocharged V6 could deliver north of 400 horsepower. This would likely come with all-wheel drive as standard, a step-up from the usual front wheel drive V6 base model.

As we all know, crossovers are currently the best selling cars in the World. People moved away from family sedans …