The ongoing JK Wrangler was released more than ten years ago so it shouldn’t come as a surprise that Jeep will release a new version. However, there are some really interesting quirks about this new model. While all the other manufacturers are looking to completely overhaul their cars every 5 to 6 years, this new Wrangler will be quite similar to its predecessor. For starters, it will remain a body on frame SUV which has always been one of its main selling points.

This time around it will offer more engines as well as more features inside and out. According to jeepequipment.com, one of the most impressive facts about the 2018 Jeep JL Wrangler is that the car will continue to use live front and rear axles. None of its rivals use this setup which really makes it special. 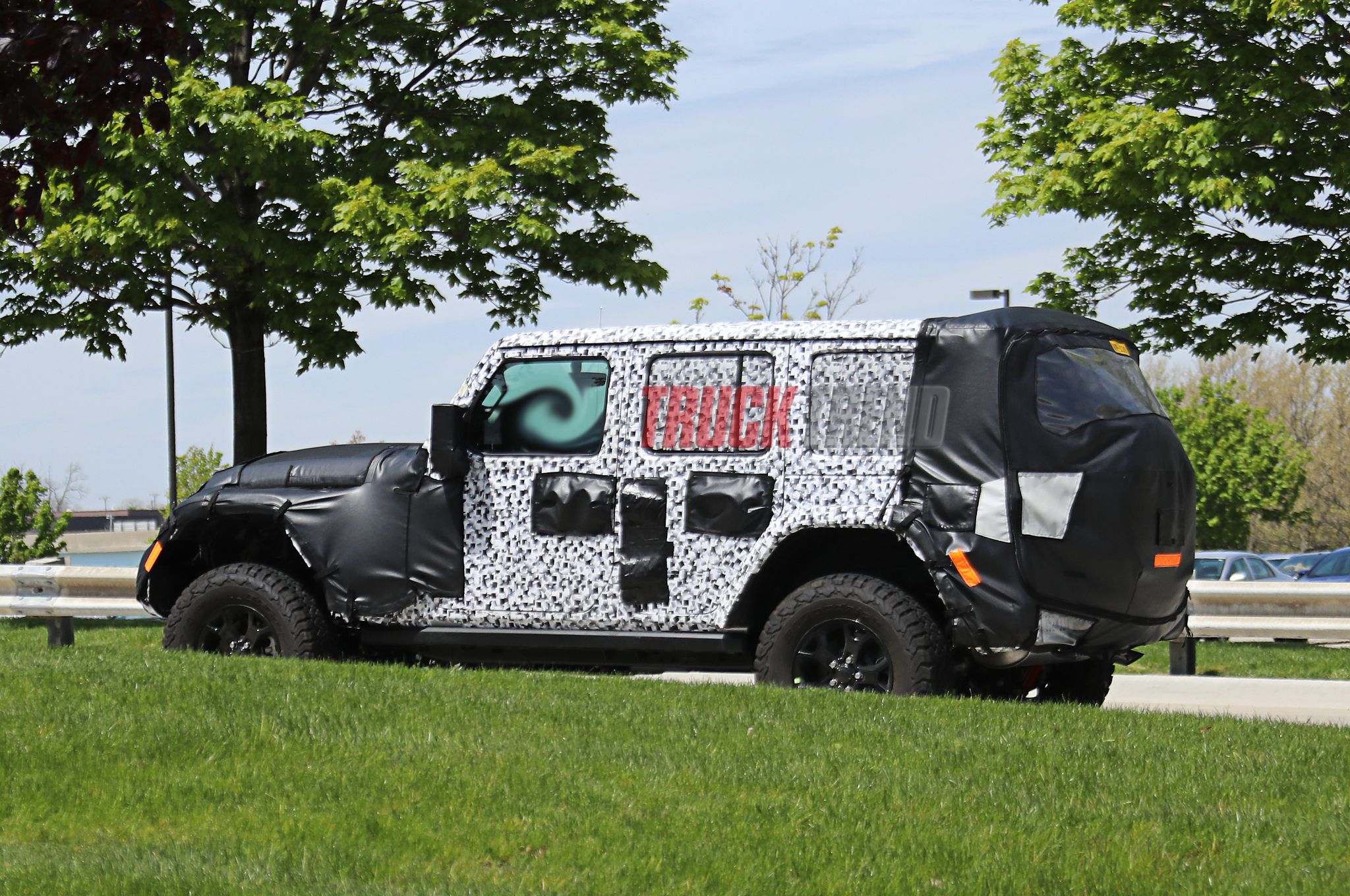 Even though Jeep didn’t release much information about the new Wrangler, its test mules have been seen quite a few times so far. Not that long ago a JL Wrangler has been stopped by the LAPD which really allowed photographers and journalists to take a good look at it. This latest sighting of the car further solidifies the idea the new Wrangler will be more of an update of the older model rather than an entirely new vehicle. Luckily this won’t stop the 2018 Jeep JL Wrangler to boast some of the newest technologies available.

It seems this might be one of FCA’s first cars to use an aluminum body. This would allow the Wrangler to be lighter while boasting an improved running gear. We do hope the price won’t be affected much by the aluminum transition. The base model might cost more than before and especially the 4-door which is now expected at over $30,000. 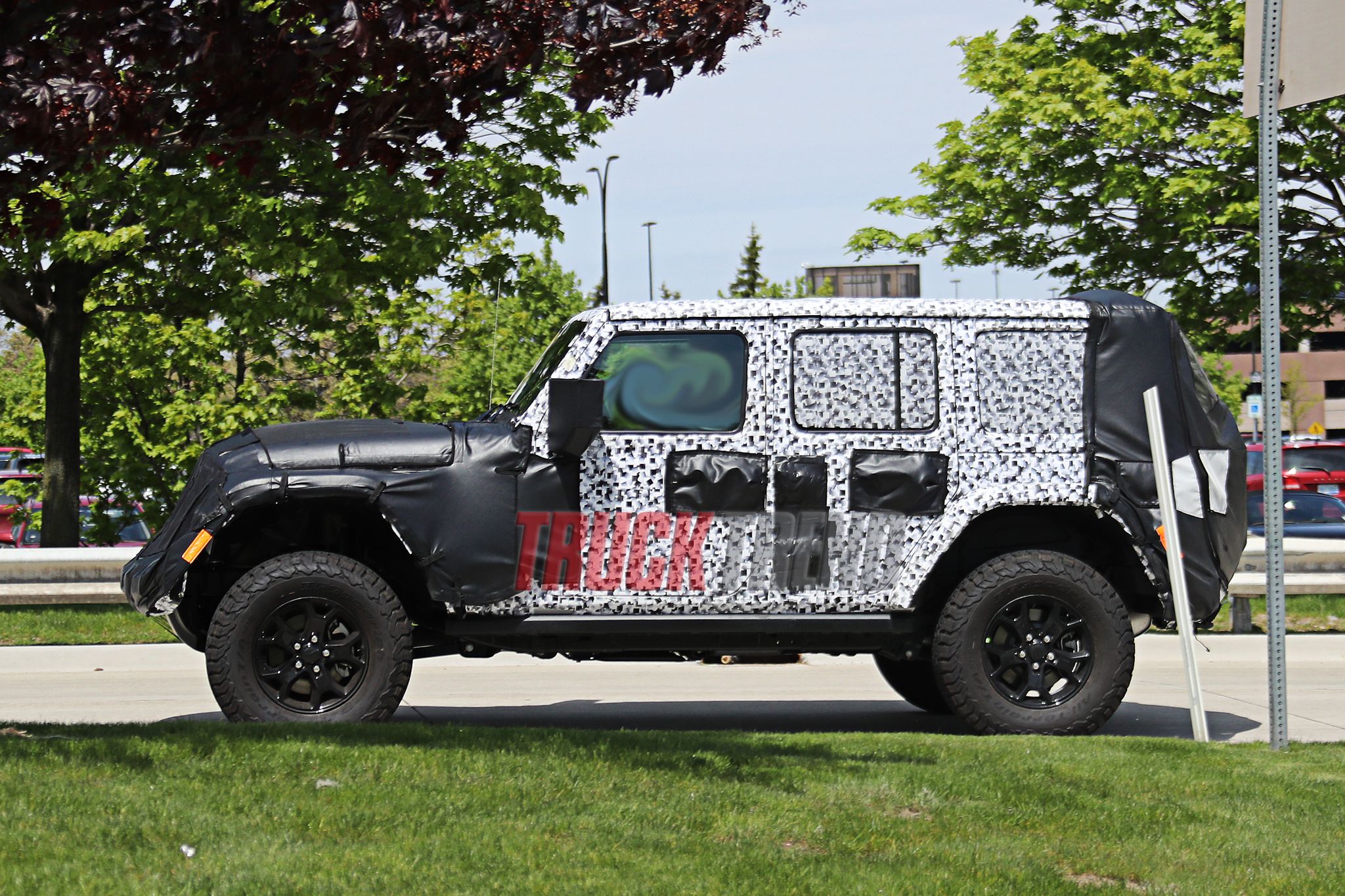 There have been plenty of rumors about the future powertrain of the 2018 Jeep JL Wrangler. So far only a couple of those have been confirmed which is still impressive considering Jeep didn’t say a word up to this point. For starters, the 2.0 liter turbocharged inline-4 is more than just a rumor. This engine was spied under the hood of a JL Wrangler some time ago, and it seems it will be offered from launch. This is a newly developed powertrain which is expected to make more than 300 horsepower and 300 lb-ft of torque.

The base engine is likely going to remain the old 3.6 liters naturally aspirated Pentastar V6. This proved its reliability, but it didn’t impress anyone with its fuel economy. The JL is expected to get a revised version, likely boasting port, and direct injection as well as cylinder deactivation. With the help of a new eight speed automatic and the weight loss, the new Wrangler should be considerably more efficient than before. For those looking for better fuel efficiency as well as great towing power, Jeep will also offer a 3.0-liter turbocharged diesel.

This engine is likely going to make right around 240 horsepower and 440 lb-ft of torque while delivering north of 27 MPG on the highway. The four wheel drive system will remain standard across the range while the locking differentials will be offered as optional extras.

The 2018 Jeep JL Wrangler seen in Lost Angeles looked pretty much ready to go despite its heavy camouflage. While it still looks like a Wrangler, there are some interesting differences between it and its predecessor. The front end had a more aggressive angle while the bumper seems larger than before. This likely aids with fuel economy on the highway and gives it a better approach angle.

The rear of the Wrangler is mostly identical to its predecessor. The wheelbase seems similar while the car’s height might be lower than before. This is likely because a soft-top is not going to be available from now on due to safety concerns.
Inside the cabin.

The interior of the 2018 Jeep JL Wrangler is likely still under development. However, we do have a pretty good idea about the overall layout. The car is expected to boast a more conventional dashboard than before while most of the features will be taken straight out of FCA’s other cars. Both the steering wheel and instrument cluster will likely be shared with the Pacifica. The infotainment system will be the same unit as that in any other current FCA vehicle while the materials should be vastly improved over its predecessor. 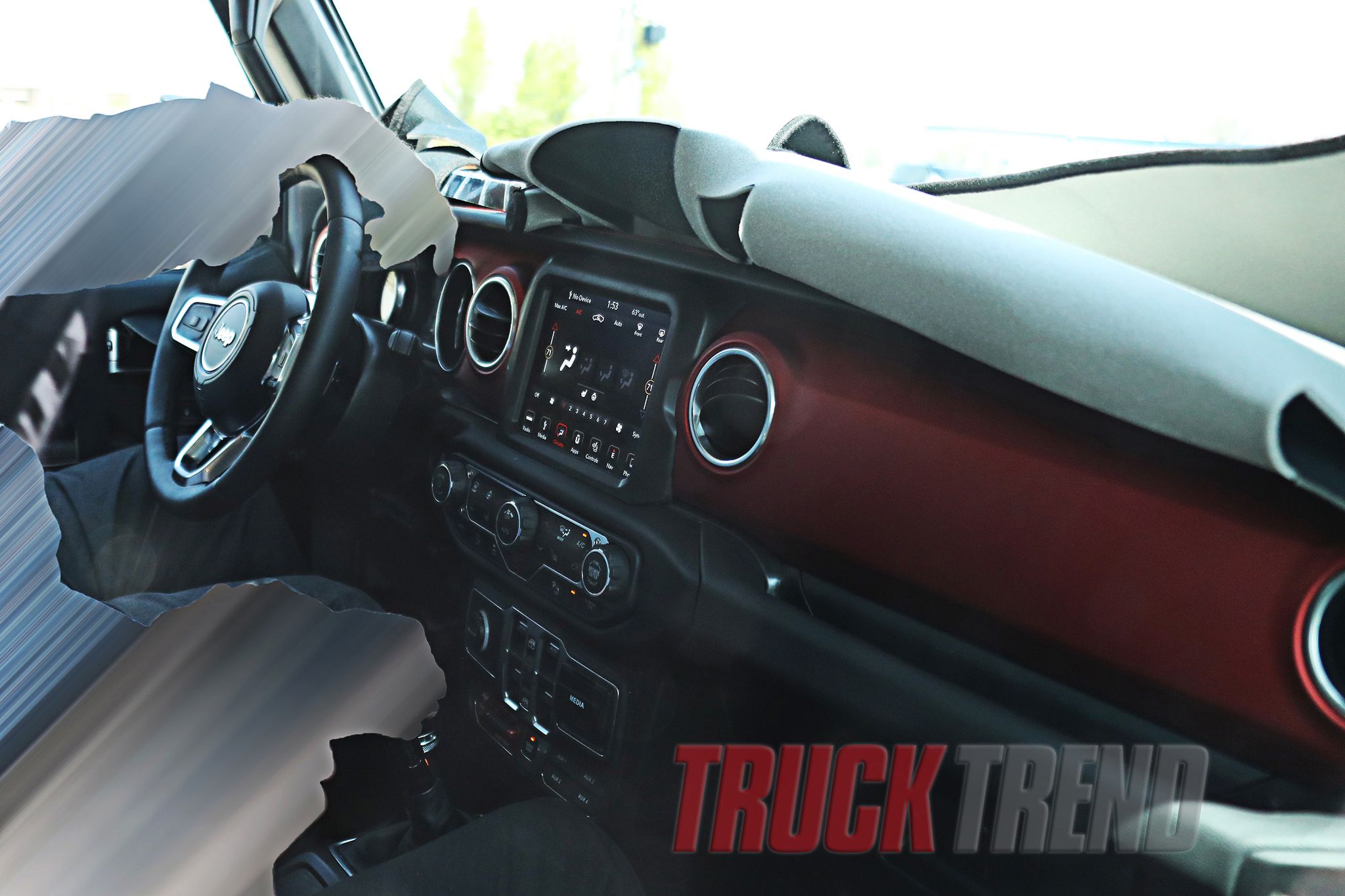 The newest 2018 Volvo XC40 is small and different mini SUV from all other competitors. A few years ago when Volvo …

After being a leader in its class for some time, the Q3 started to lose customers after the X1, the …