The ongoing Grand Cherokee has been showcased back in 2009 and went on sale shortly after that. The car received a few updates through its lifetime which made it relevant to this day. Jeep is already planning a successor for it which should be released with the 2018 Jeep Grand Cherokee. However, it seems that before they are going to release the new model, a last version of the current car will be offered. The Trackhawk is expected to be the limited high-performance edition of the WK2 Grand Cherokee. So far not much official information has been offered, but it seems that it will be rather impressive.

Why release a new model?

The steering feels disconnected, the suspension system is usually average, and the ride quality is usually worse than that of its rivals. A new model is expected by July 2018, but until then it seems a last version of the car will be released.

Like we said, the 2018 Jeep Grand Cherokee is more than likely going to be released in a new TrackHawk guise. This is basically the equivalent SRT from Dodge. This model will receive a lot of modifications in order to become faster and better to drive. For starters, the entire running gear is going to be overhauled. So far it seems that it will receive new adaptive dampers as well as a lower ride height than the base model.

The brakes will be much larger as well, and from the most spy shots, it seems that it will come with 275 or 285 section tires both in the front and at the back. The exterior will be very similar to that of a regular 6.4 liter HEMI model. For starters, the two will use roughly the same rear end, similar wheels, and a similar front end as well. However, in the front, the TrackHawk is going to benefit from larger intakes and a smaller grille which will make room for three cold air intakes in the upper bumper. 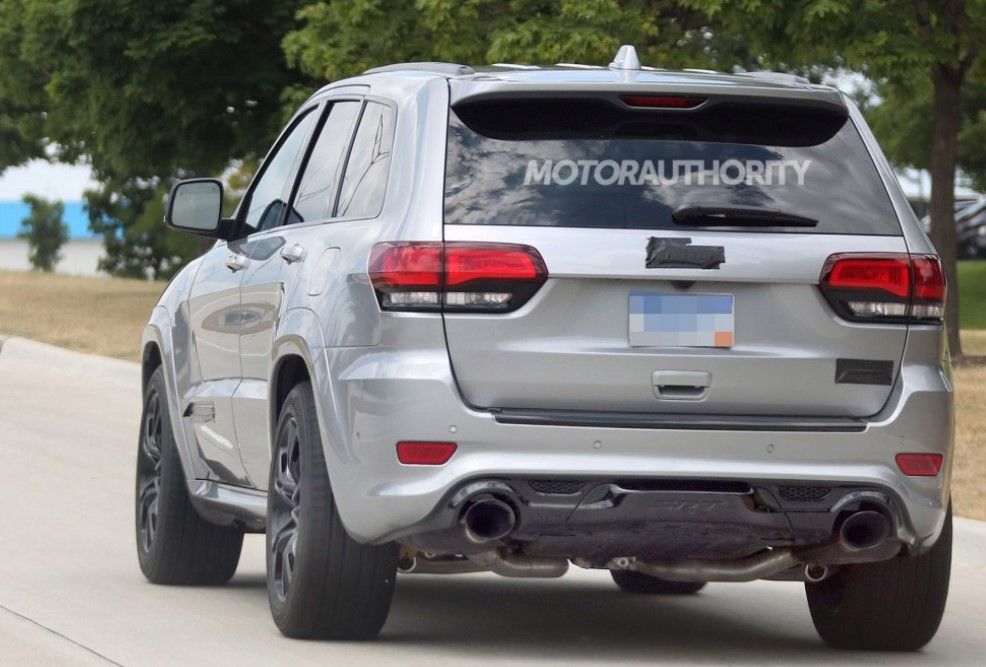 What will make it tick?

The TrackHawk 2018 Jeep Grand Cherokee will more than likely make use of the 6.2 liters supercharged V8 Hellcat powertrain. This is known to make 707 horsepower and 650 lb-ft of torque which is an insane amount of power for any car. The Grand Cherokee is going to benefit from all-wheel drive and a standard eight-speed automatic gearbox. Because of that, there have been some rumors suggesting that the engine will be dialed down. Even if this will be the case, we are sure the car will be faster off the line when compared to a regular Hellcat thanks to its standard AWD system.

The new generation of the Grand Cherokee.

So far there are not that many details about the upcoming 2018 Jeep Grand Cherokee, but we do know it will not be discontinued. The car is expected to keep its $30,000 price bracket unchanged, but more expensive versions might be added in the future. The new model is finally going to be moved from the old Mercedes platform to a proprietary FCA platform. So far it seems that the most likely candidate is the platform that underpins the new Alfa Romeo sedan.

The Giorgio is more than capable of offering a great base for the upcoming Grand Cherokee. This would easily fit the size of the SUV while improving everything about it. The new platform is lighter and a lot more capable on the road than that of the current model. On top of that, thanks to its lightness, the Giorgio platform can be used with four-cylinder engines.