Not that long ago BMW released their first production front wheel drive car based on the UKL platform. Since then they showcased and released a set of other vehicles, and despite being front wheel drive, most of them sold quite well. This encouraged BMW to offer more cars based on this platform which is not only highly modular but also quite capable. Shortly, they are going to release the 2018 BMW X2. The car will share its UKL chassis with the 2 Series Active Tourer or the X1. The X2 will be the slightly higher end model in the range, and it will follow the same philosophy as the X4 or X6.

A four-door coupe crossover aimed at those looking for performance and unique looks. However, the X2 won’t look just like another miniature version of the X6. Instead, BMW is set to give it a unique character which might become one of their best looking models to date.

The car was first showcased last year with the Concept X2. Since then there have been plenty of rumors about a possible production vehicle. It seems that the X2 might feature most of the design found on the concept. On top of that, so far it has only been confirmed for the European market, but it should be a matter of time until it reaches the US as well.

The price is still unknown but it is safe to assume it will carry a premium over the X1 but it will be cheaper than the X3. A price of around $36,000 should be expected in the US with the European model being quite a bit cheaper.

This has to be the most exciting part about the 2018 BMW X2. This will be their first coupe-crossover to look different. Instead of going for the heavily raked roof and sedan-like rear end, the X2 will bring something new. For starters, it is expected to be curvier and more aggressive than the equivalent X1. In the front, the car has been rumored to receive a similar fascia to that of the upcoming Z5 with a large grille but slim headlights. Seen from the profile the roof will be slightly raked towards the back with the coupe-looking coming from the angled side windows.

This will mean a rather thick D-pillar, but this should be alleviated through active safety systems. In the back, the X2 is expected to boast a large roof spoiler, a smaller than usual window as well as an aggressive design for its bumper. Larger than usual wheels are to be expected across the range.

Inside the cabin – new?

Unfortunately, there is no doubt about the fact the 2018 BMW X2 will be mostly identical to the X1. Even if some suggested it would come with a new design for its interior, this is highly unlikely. Instead, BMW might just offer a customization package which would add contrasting stitching and inserts. The rest of the cabin will be identical to the X1. There will be just as much room inside as the X1, so the car’s coupe-inspired design won’t make the interior less usable than in the X1.

The European model of the 2018 BMW X2 will more than likely receive a 1.5 liter turbocharged-three gas engine. This will likely make around 134 horsepower and 162 lb-ft of torque. The higher end models will boast a 2 liter turbocharged inline 4 with anything between 189 and 228 horsepower and as much as 258 lb-ft of torque for the top end engines. In Europe, the X2 will also receive a 2-liter turbo-diesel offering between 148 and 229 horsepower. This will provide between 243 and 332 lb-ft of torque, and it will likely be the better selling powertrain from the three available engines.

The US market, on the other hand, is expected to receive just the 2-liter gas engine which will likely provide around 228 horsepower. A 6-speed manual and front-wheel drive is expected in Europe only on the base gas engine. All the others are expected to receive BMW’s eight speed automatic which will drive either the front or all four wheels via BMW’s xDrive system. In the US the car will likely come with all-wheel drive as standard. 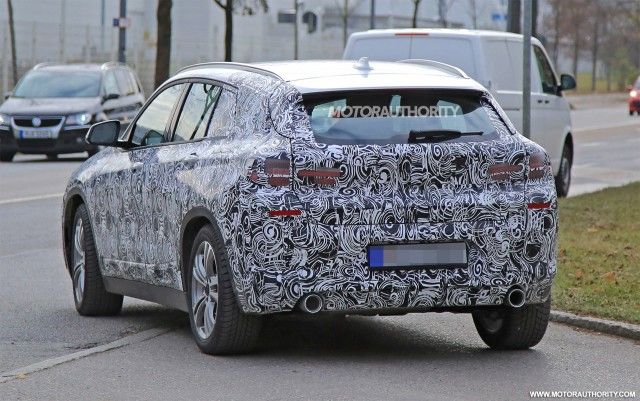 Ever since the Tribeca was discontinued, Subaru was left without a seven seat crossover. In fact, their only true crossover …

After Land Rover had showcased mildly updated versions for the Range Rover and its Sports version, a few days ago …