After they announced that the Grand Cherokee SRT was going to be discontinued because the SRT brand will be given to Dodge, the FCA group will eventually be left without a high-performance medium-size crossover for the US market. Late in 2016, the 2018 Dodge Durango Shaker concept was shown. This was a heavily modified Durango specifically built for the SEMA Auto Show. While it was nothing more than just a concept, rumors about a production version started to surface ever since.

On top of that, just a few weeks back a camouflaged Durango prototype was seen, and it was quite similar to the Shaker concept.

A production version of the 2018 Shaker Durango has not been confirmed up to this point. Luckily though most Dodge officials asked about it were quite hopeful about a future production model. We do hope Dodge will be able to release a high-performance model. Why? Well, the US manufacturers have been left without a true high-performance crossovers, and we do know there is a market for this type of cars.

If it hits the market, expect the Shaker Durango to cost well more than $50,000 with some rumors saying it will go past $70,000. There is no word on the release date either. Considering how close to production the prototype was then it is safe to assume we should see the production Dodge Durango Shaker by the end of the year. 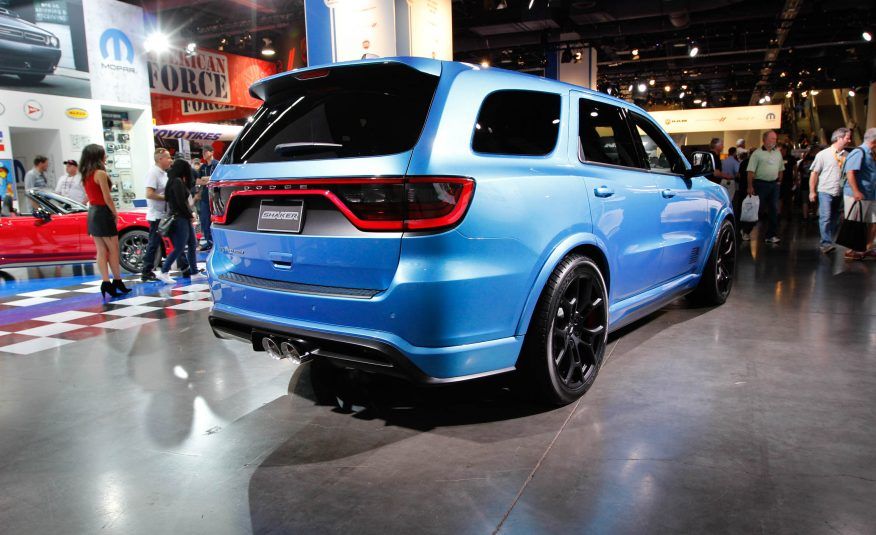 The ongoing Durango has been around since 2010, so it is starting to show its age. A new model will eventually be built, but it won’t happen for a few more years. This means that the high-performance Shaker Durango will feature the same chassis as the regular current car. The suspension system will likely be replaced with something a bit more capable.

The concept had a 3-inch drop over the regular car so expect something similar for the future Shaker as well. It also boasted considerably larger brakes and 22-inch rims wrapped in high-performance summer tires. All of these could make their way to the production vehicle.

The design – inside and outside look

The 2018 Dodge Durango Shaker concept is quite a stunning car to look at. In the front Dodge removed the cross-hair grille in favor of a Hellcat-like honeycomb mesh. The bumper received a massive splitter while the fog-lamps have been replaced by the hollowed-out units found on the Hellcat Challenger. On the hood, the Durango features a “shaker-hood” which has been in Dodge’s portfolio for decades. This is actually directly connected to the engine’s air intake. In the rear the Durango sports a massive center-mounted dual exhaust and a larger diffuser.

All of these will more than likely be transferred to the production vehicle when it will hit the market. The interior is as striking as the exterior. Dodge installed six individual bucket seats from the Viper on three rows. On top of that, they also accented the interior with the same color found on the outside. 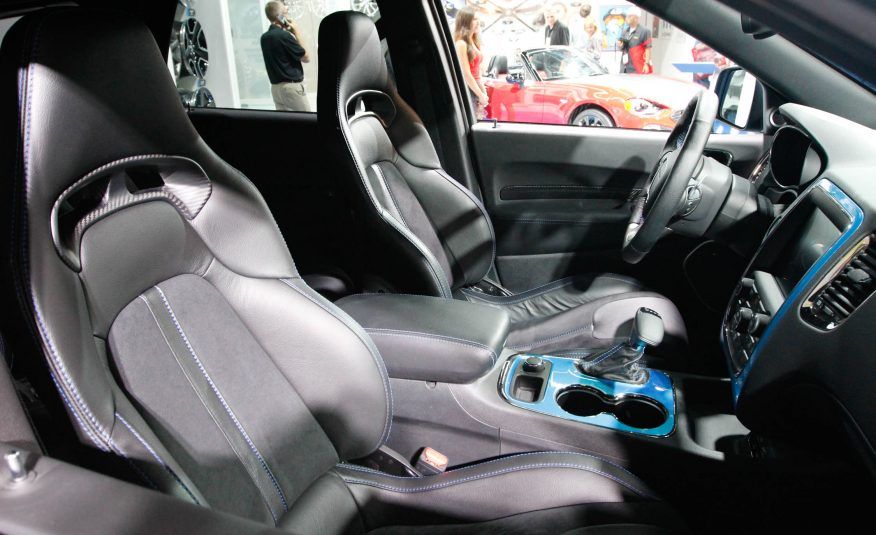 The engine – a different one for the production model?

The 2018 Dodge Durango Shaker concept features a 6.4 liter naturally aspirated V8 HEMI. This is the same engine usually found in any SRT8 car. It makes 475 horsepower and 470 lb-ft of torque, and it has been mated to an eight-speed automatic gearbox. The production version of the car has been rumored to get the same engine as the concept Shaker. However, the latest prototypes spied in the open didn’t really sound like the regular naturally aspirated HEMI. Some photographers suggested that these test mules sounded like they featured a supercharger.

If this is true, then the 2018 Durango Shaker might, in fact, use Dodge’s 6.2 liters supercharged V8. This engine has been seen in a couple of different tune levels from 575 horsepower all the way up to 707 horsepower. We would expect the Durango to come with the lower binned part. In this case, it would be easier for Dodge to tweak the all wheel drive system for it. The 575 horsepower engine would also be more than enough for it to become one of the fastest crossovers currently in production. Dodge’s already well known eight speed automatic will more than likely remain the standard for the production model.