The third generation of the Challenger is a true muscle car which shares a lot with the four-door Charger. The car is, however, lighter, better to drive and a bit faster. In order to keep it fresh until a new model will be released with the 2018 model, the FCA group released the 2017 Dodge Challenger Hellcat not that long ago. This is expected to add a new trim level which is set to be a special edition. So far it still is unclear if this will be offered in a limited amount of cars or not.

It seems though that Dodge might be selling quite a few of them and they will not limit the numbers of cars. This is great because the new trim level is cheap for what it has to offer and it brings some of the nostalgia back.

Much like the price of auto parts at Partsgeek.com, the price for the new Challenger did not change all that much from the 2016 model. The base car still costs around $28,000 with the top end Hellcat going for well over $60,000. There hasn’t been any official information on the new trim level.

This is set to be called the ADR, and it will basically be a wide-body Hellcat with four-wheel drive. Some rumors suggested well over $100,000 which would make sense considering how much better it will be for the base car.

What is the ADR?

Well, the 2017 Dodge Challenger Hellcat ADR is going to be the revised Hellcat. At this point, it seems that it will not replace it but it will be offered as an alternative. Even though not much is known at this point, it is quite clear that the car will feature a wider body, new wheels, and tires, likely a tweaked transmission and so far it seems that all-wheel drive will be offered as well. The latter would be possible thanks to the work Jeep put into developing an all wheel drive system suitable for the Grand Cherokee.

Considering that the Challenger features a version of the same platform, it would make sense to have the all wheel drive system on the muscle car. The largest upgrade here will be the wheels. The current Challenger features 275 section tires which are just too narrow for the 707 horsepower the V8 puts out. The ADR, on the other hand, is expected to feature 325mm or wider front and rear tires. What about the performance?

Considering how much wider the tires will be and that the 2017 Dodge Challenger Hellcat ADR is expected to have all-wheel drive, we should see some interesting results. The current car gets to 60 MPH in 3.6 seconds when equipped with the automatic and up to 199 MPH. The ADR, on the other hand, is expected to hit 60 MPH in well under 3 seconds. This will be possible thanks to a standard eight-speed transmission and standard all-wheel drive. The top speed is likely going to decrease due to additional aerodynamic upgrades over the original.

These will help the car be more stable around corners, but due to the extra drag, the top speed will suffer. The largest problem of the current model was the rubber that came as standard. Dodge was offering the high-performance summer tires as an optional extra. This is not ideal, especially when the car features 707 horsepower.

The new ADR is expected to come with great tires in the base trim level. However, due to the much wider tires, some also suggested that the car will get bespoke rubber. This means increased ownership costs which may be a bit surprising for some. 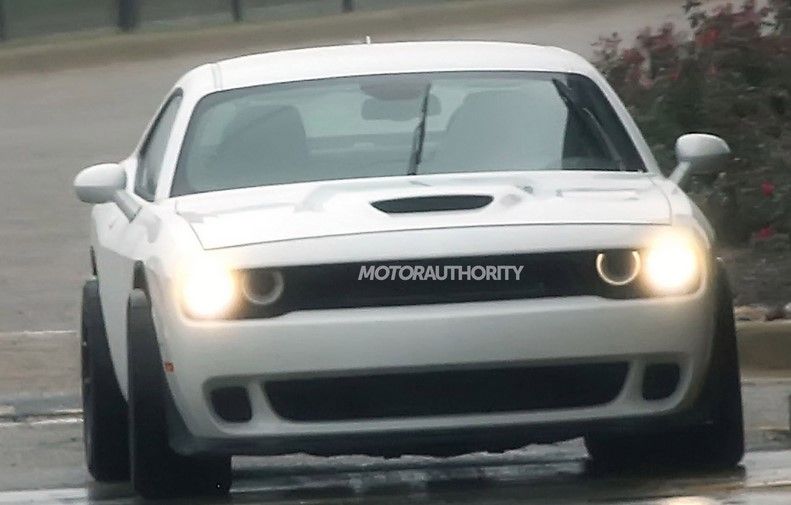