A couple of months back Ford revealed Mustang’s facelift which comes with quite a few changes over the original. However, they haven’t released any of the high-performance versions so far which is a bit unusual. Despite that, it seems the upcoming 2019 Ford Shelby GT500 Mustang is very close to being released. In the past few months, its development prototypes evolved tremendously with the last one seen looking a lot like a completed car.

As we all know, the GT500 is going to be Mustang’s top end version offering the most amount of power, and fun, while also maintaining a good driving experience.

Its predecessor wasn’t exactly on par with its rivals mostly due to its live rear axle. This is not going to be the case with the new version. It seems the GT500 will share pretty much its entire running gear with the high-performance GT350R. The latter is a track-oriented model, so the GT500 should have what it takes to be brilliant on the road as well as on the track. Unlike the lesser GT350R though, the GT500 is expected to come with standard carbon ceramic disc brakes, larger calipers in the front as well as larger wheels. The last development mule had 20-inch rims wrapped in high performance 305 section tires both in the front and at the back.

This is likely due to the larger rotors which would need the extra clearance. So far the price hasn’t been revealed, but the car might cost more than what it was originally projected. Due to the amount of time and money Ford invested in this project, the GT500 could become one of their most expensive models to date. Some even suggested a starting price north of $100,000.

So far the development mules for the 2019 Ford Shelby GT500 Mustang used the same body as the GT350R. However, the last one is slightly different. For starters, the car definitely boasts an entirely new front end. This seems quite close to that of the 2018 Mustang with a different aerodynamic kit. The lower bumper seems to boast a large splitter and bigger air intakes than the GT350 while the hood has a smaller bulge than most of us expected.

The rear of the car boasts a larger diffuser than the GT350 as well as quad exhaust pipes. An active rear wing is also possible especially since Ford has been testing different wing designs for the car.

Here the GT500 is likely going to be pretty much identical to the rest of the Mustang lineup. The car is expected to come as standard with Ford’s new digital instrument cluster and the revised Sync3 infotainment unit. The seats will likely be provided by Recaro, and unlike the GT350R, the GT500 will come with standard rear seats.

The upholstery is likely going to be all leather, especially since the GT500 was never meant to be a lightweight track car but instead an all-around performance machine. 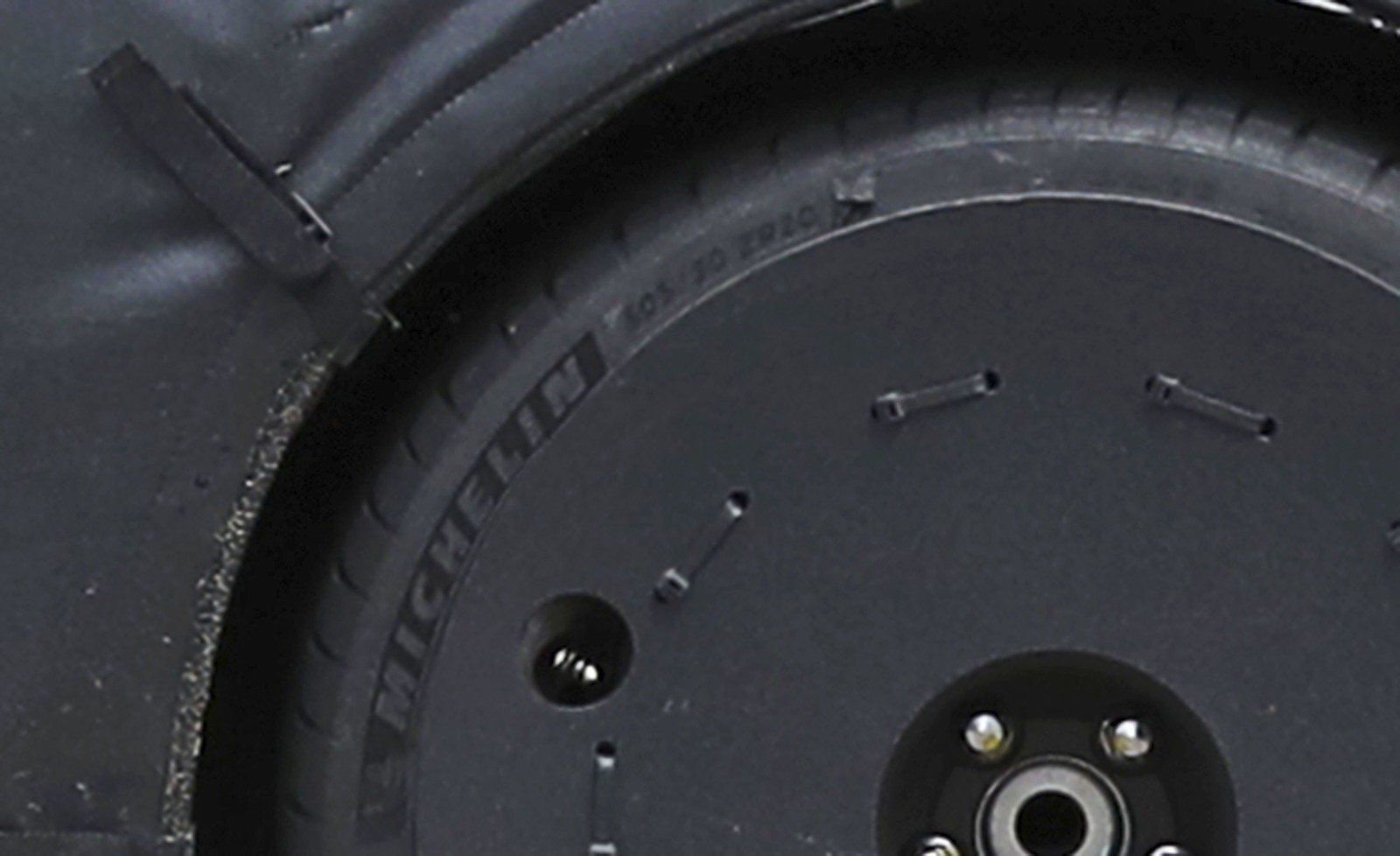 The 2019 Ford Shelby GT500 Mustang will not feature Ford’s older 5.8 liters supercharged V8 from the old GT500. While this engine would provide plenty of power, it wouldn’t fit under the hood of the S550 series Mustang. With this model, Ford will more than likely go for a twin-turbocharged engine, likely a newly developed V8. At this point, there are two possible powertrains for the GT500. They will either go with a 5.0 twin-turbo Coyote V8 or with a 5.2-liter Voodoo twin-turbo V8.

Either of these should be more than capable of developing north of 750 horsepower and 700 lb-ft of torque. The Coyote is known to be capable of even more than that with the help of turbochargers so we wouldn’t be surprised if Ford uses it as the base for their new twin-turbo V8. This engine should allow the rather heavy GT500 to hit 60 MPH in well under 3.0 seconds while also giving it a maximum top speed north of 200 MPH.

A 10-speed automatic has been rumored but lets not forget the GT500 always came with a manual. If Ford goes with a manual for the new GT500, then it would become the most powerful production car featuring a manual transmission as standard. 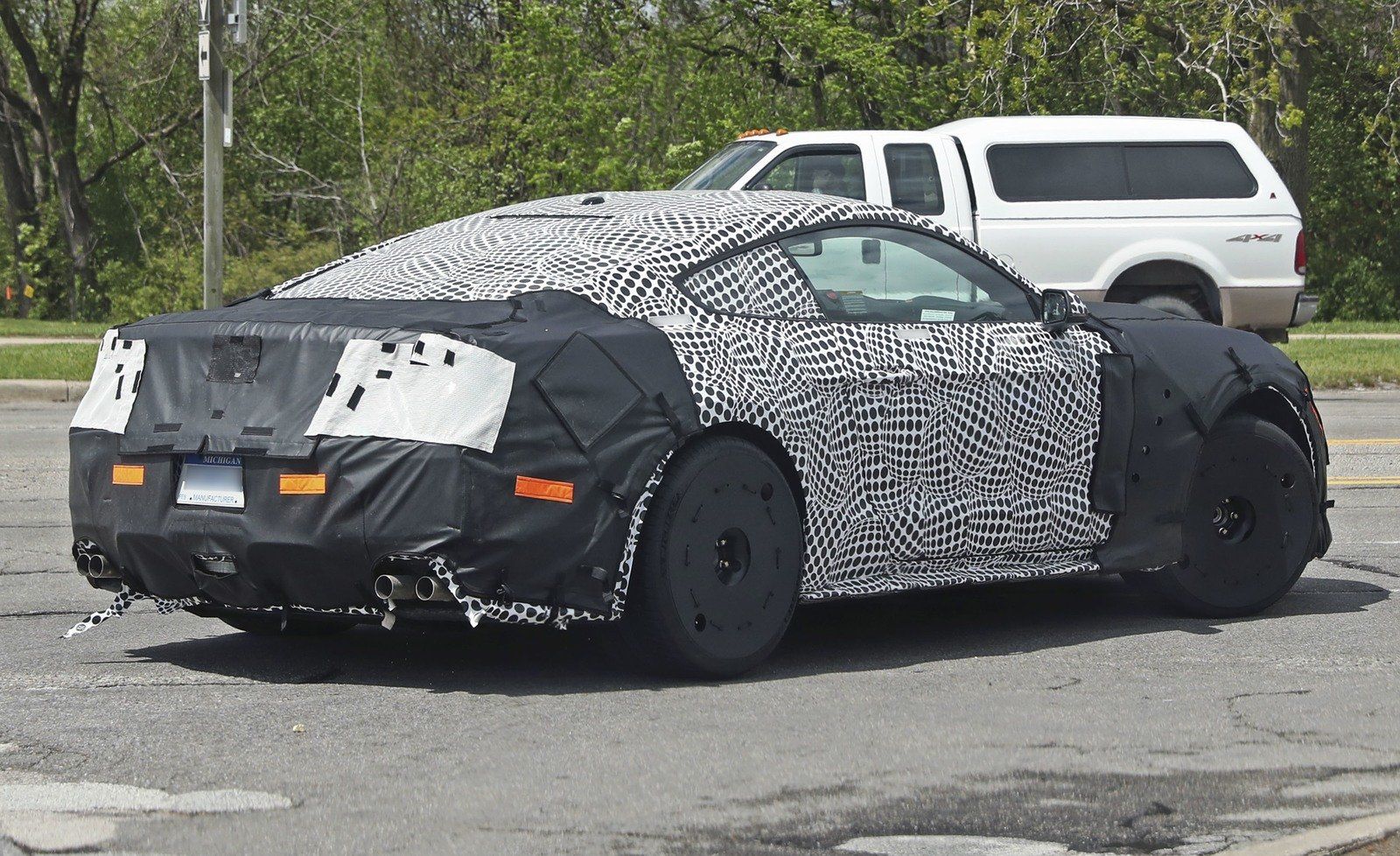 A while ago spy shots of a new Challenger started to surface around the internet. These pictured a regular Hellcat …

The third generation of the Challenger is a true muscle car which shares a lot with the four-door Charger. The …