Have you ever asked yourself or imagine monster, named 2017 Trans Am 455? The Pontiac Trans Am is one of the most iconic muscle cars ever made. Unfortunately, the car is no longer available because GM decided to discontinue the Pontiac brand altogether. Luckily though for the past few years, a company has been making Trans Am conversions. Even though there aren’t many companies churning out quality conversions, Trans Am Worldwide is one of them.

Their cars are among the best modern-retro car remakes in the industry, and that is not an easy feat to achieve. Not that long ago they released the 2017 Trans Am 455 which happens to be the most powerful car they ever made.

Just like with all the other Trans Am remakes, the new one is still based on the Chevrolet Camaro. However, for this model, Trans Am Worldwide decided to go with the brand new Camaro chassis. This means this is their first model to use the Alpha platform which happens to be one of the most capable rear wheel drive chassis around. Thanks to it the new Trans Am should be easier to drive faster, and it should handle corners considerably better than its predecessors.

The price hasn’t been revealed up to this point, but it will definitely be their most expensive car. Why? Well, this is a limited edition model from which they are only going to build 50 units. On top of that, it is also one of the most powerful production cars to date which will definitely help it stand out. 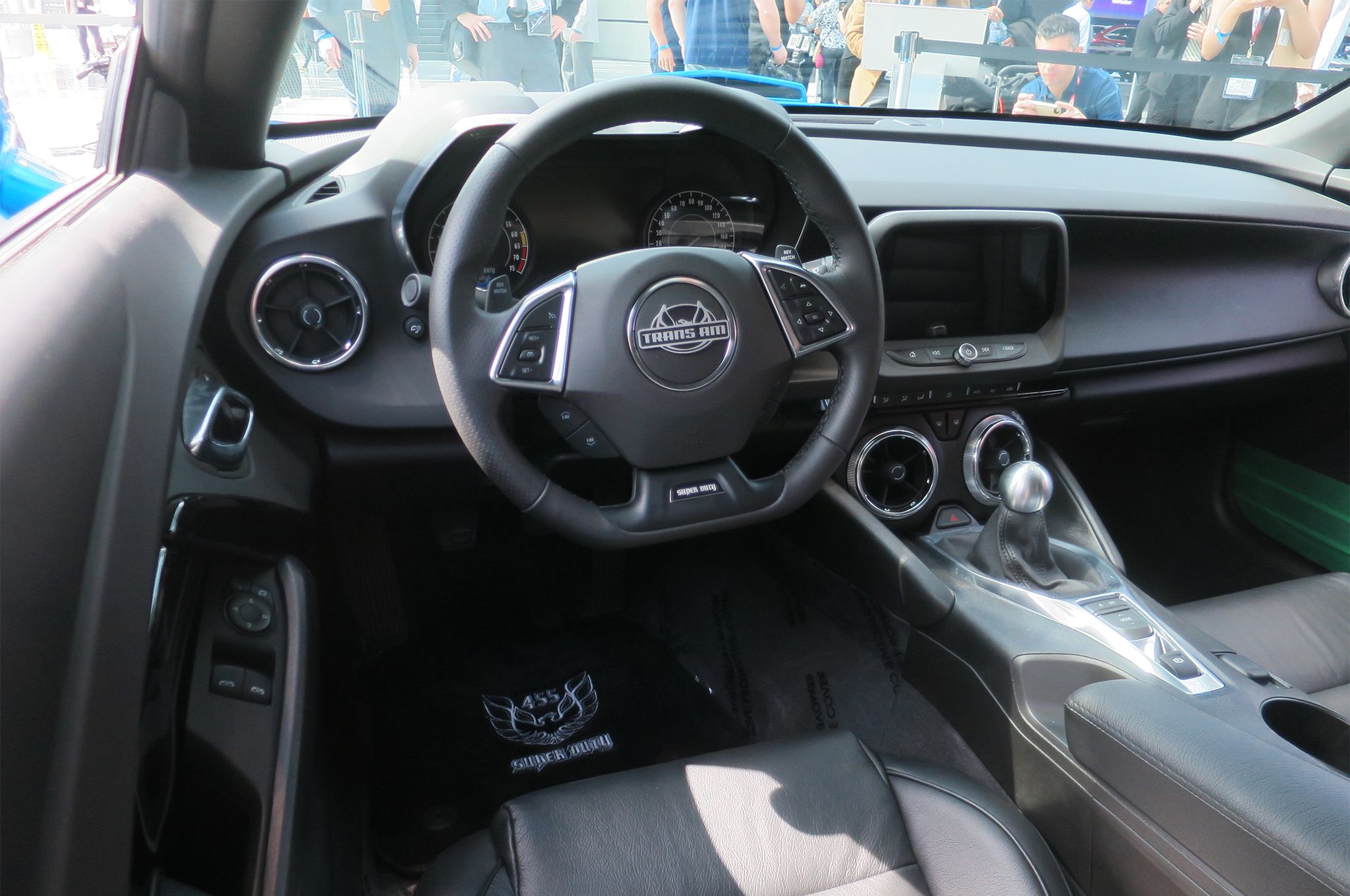 Even though we would have loved massive changes here, the 2017 Trans Am 455 offers only a minimal amount of upgrades over the Camaro. It boasts lowering springs and a beefier anti-roll bar in the front. These should help with high-speed stability, but the cornering performance won’t be affected much.

With the new running gear, the Trans Am will also offer a set of 20-inch lightweight rims wrapped in Michelin Pilot Sports tires as standard. These will give it an edge over most other muscle cars on the market.

There is no doubt about the fact the new Trans Am is a unique looking car. Even though it is based on the Camaro, it doesn’t really look like one. The front and rear of the car are all new and even when viewed from the sides, there are plenty of upgrades to make it stand out. In the front, it boasts an entirely new bumper, grille, headlights, hood and even fenders. The headlights are a one-piece design with individual low and high beams.

The two-piece grille and the two-piece intake in the bumper further complete the Trans Am look. The hood boasts a large bulge, similar to that of the second generation Trans Am while the wide fenders help with the accommodation of the wide tires. In the back, there is a set of twin vertical exhausts, a new diffuser as well as Trans Am-inspired tail lights and wing. All of the changes make the 2017 Trans Am a true remake of the original.

As an option, it will also be available with a T-top which is not really available on many production cars. Its cabin remains mostly unchanged from the Camaro. The only upgrades here are the upholstery and the seats as well as the new badges.

The 2017 Trans Am 455 features something truly special here. Instead of the usual 6.2 liters V8 the car boasts a massive LT1 V8. This has been bored out to 7.4 liters, and on top of that, they added a 2.3 liter Magnuson twin-screw supercharger. In order to help with the power delivery, they also upgraded the air intake and the entire exhaust.

The engine features a tweaked engine management system for a total output of 1,000 horsepower and 1,046 lb-ft of torque. This makes it the most powerful production muscle car on the market. Like with all the other Trans Am cars, this one has been given a unique name as the Trans Am 455 Super Duty. The car will likely be available only with a six-speed automatic which will drive the rear wheels through a limited slip differential.

So far it seems that a manual is not really on the cards, but they may decide to offer one in the future, likely in a differently named car but boast a similar amount of power from a similar engine. 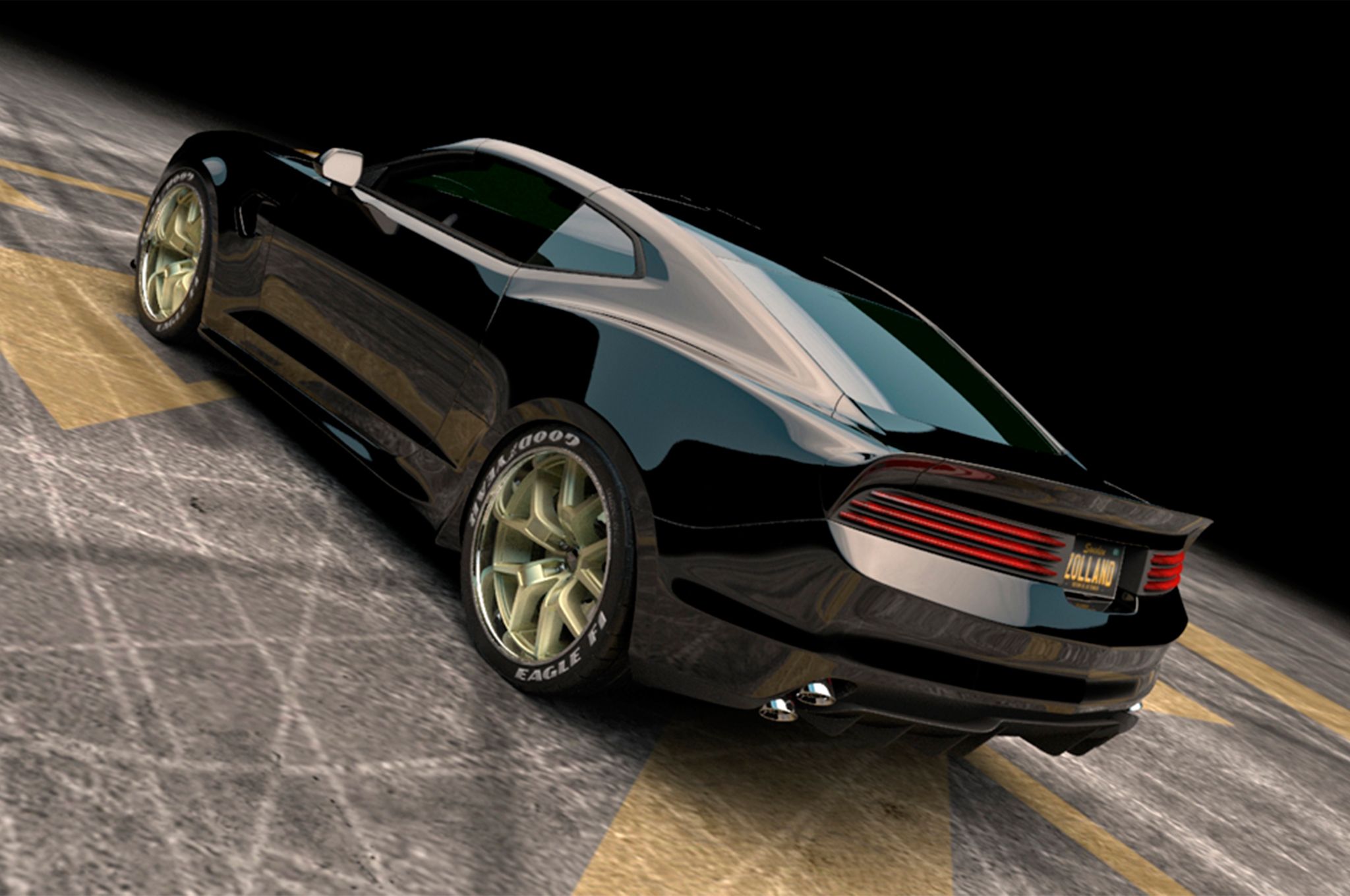