The ZL1 is the craziest Camaro ever to hit the streets, but it is not the top end version of the current generation. In fact, the craziest Camaro will seem quite tame when the all-new Z/28 is going to be released but until then the ZL1 will have to do. While the coupe is quite impressive on its right, the more impressive is the 2018 Chevrolet Camaro ZL1 Convertible, the more fun version of the two which will allow its driver to showcase not only the car but also the car’s interior and itself.

Like with most other convertibles, the ZL1 had to be reinforced slightly in order to keep the structural rigidity unchanged and the best part about it is that the car remained identical to the coupe regarding running gear and likely performance figures as well.

GM hasn’t released how heavy the convertible is over the coupe, but our best bet would be around 100 pounds which is not that much considering all the equipment it has as extra. 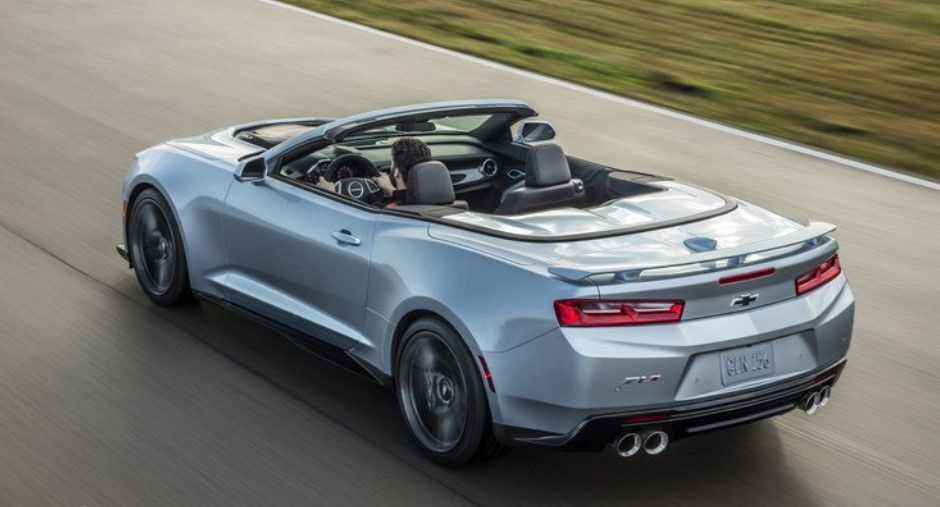 Design – Inside & Outside look

Unlike the Z/28 which is going to be an all-out sports car designed for track use and little else, the 2018 Chevrolet Camaro ZL1 Convertible has been designed with one word in mind, and that’s “fun”. That’s right, the most powerful and likely one of the fastest Camaro ever made is one of the most fun cars to drive out there. Sure, it offers a hugely powerful engine as well as one of the most developed running gears on the market, but the way it drives and the way it sounds should allow the convertible to make anyone happy.

Its running gear has been extensively upgraded from the base version of the convertible which is quite poor in terms of performance comparative to other models on the market. Firstly, the car comes as standard with adaptive dampers, a lower center of gravity thanks to a lower set of springs and also with thicker anti-roll bars in order to control the weight a bit better.

Its braking system and wheels are the same as on the coupe, so 390mm two-piece rotors in the front with Brembo 2-piston calipers, some of the most impressive ever fitted to a production car and even larger than those of the Corvette Z06. Those on the back are still unknown at this point, but we expect 355mm or larger rotors.

The wheels are high end forged aluminum rims wrapped in 20 inches, 285mm in the front and 305mm in the back wide tires which are the same as those on the high-performance Corvette.

Because this is a car aimed at those who want to have more fun rather than to be faster than anything on the road, the interior of the 2018 Chevrolet Camaro ZL1 Convertible has been upgraded quite a bit over the base version. For starters, there is a new flat-bottom steering wheel wrapped in Alcantara leather, Recaro seats with much larger side bolsters as well as red seat-belts which are red no matter the exterior of the car. This makes for a nice and aggressive contrast which should make the convertible stand out quite a bit more than the coupe.

One of the least surprising things about the 2018 Chevrolet Camaro ZL1 Convertible is the engine which GM decided to install under the hood. Just like with the coupe, the car features a 6.2 liter supercharged V8 offering 640 horsepower and 640 lb-ft of torque.

As standard, there are 11 heat exchangers to allow the car to run cool no matter where it is used and on top of that, its six-speed manual gearbox can be upgraded to an all new ten speed automatic which will make the car not only faster but also easier to drive as well. There are no official performance figures, but rumors suggest a 0 to 60 MPH time of fewer than 3.5 seconds and a top speed very close to 200 MPH. 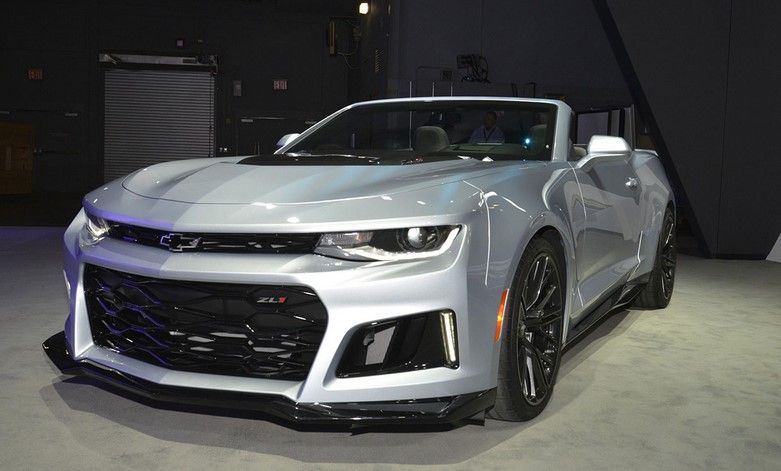 The car will be available for sale starting with the last quarter of 2016, and it will be sold alongside the coupe.

Its price hasn’t been made public at this point, but we expect it to be around $5,000 more than the coupe which would still be well worth it.

A couple of months back Ford revealed Mustang’s facelift which comes with quite a few changes over the original. However, …