Back in the late ‘60s, Ferrari decided to release an entirely new brand for their non-V12 engined cars with the “Dino.” This was only on the market for around eight years mostly because cars were not selling as good as they hoped due to the missing Ferrari badge.
Well, while the first try was not that successful, it seems that they might release the name once again with the future 2018 Ferrari Dino, a car which hasn’t been officially confirmed but a few Ferrari officials said that they are going to release an entirely new vehicle with a V6 engine and the only other V6 engined Ferrari was the original Dino.

We do know however that Ferrari is in fact testing a new V6 powertrain because not too long ago two very special 488 GTOs have been seen testing camouflaged around the Nurburgring and not only they sounded a lot different than the regular car, but these two cars were also missing an exhaust at the back as well as they had slightly different side intakes.

While these two may be just platforms for developing the new engine, our best bet would be that the 2018 Ferrari Dino will be in fact a mid-engined supercar with a lesser engine than the regular 488. Ferrari already has the California which is more than capable, but they don’t have any competitor for McLaren’s 540C or even for the Porsche 911, two cheaper and better selling models than pretty much any other Ferrari. 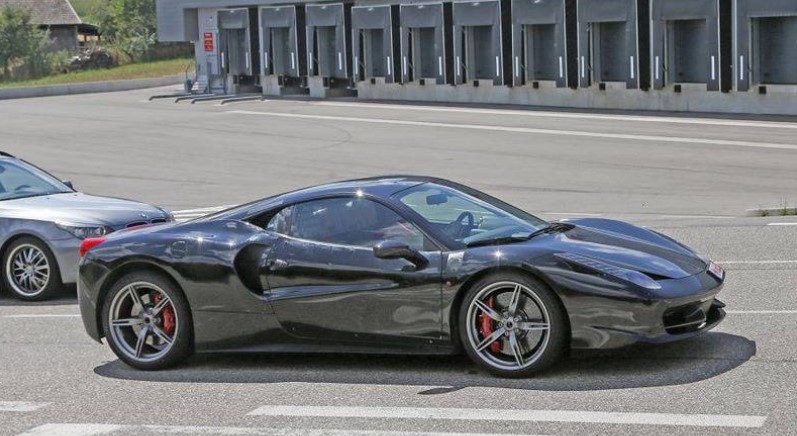 As we said, this car will probably be a two-door coupe with a mid-mounted engine, and if we take a look at Ferrari’s latest trademark submission, the car might be offered as a convertible as well. Thanks to its new engine and likely slightly more conventional chassis, the new Dino should be around 100 to 300 pounds lighter than the already featherweight 488.

Expect it to be offered just with regular steel brakes as standard, 19-inch aluminum wheels; sports car tires in order to allow it to drive high in the wet as well and also a chassis designed more for comfort and cross-country capabilities rather than for pure performance.

This also means that the car’s cabin might be improved over what is considered as good in a Ferrari. We expect the new Dino to share quite a bit with the successor of the FF, so it will likely feature better seats than the usual mid-engined Ferrari, more equipment, and better materials.

Also, thanks to the fact it will have a smaller engine, expect a large storage space both behind the two seats as well as at the back of the car where a trunk might be installed. 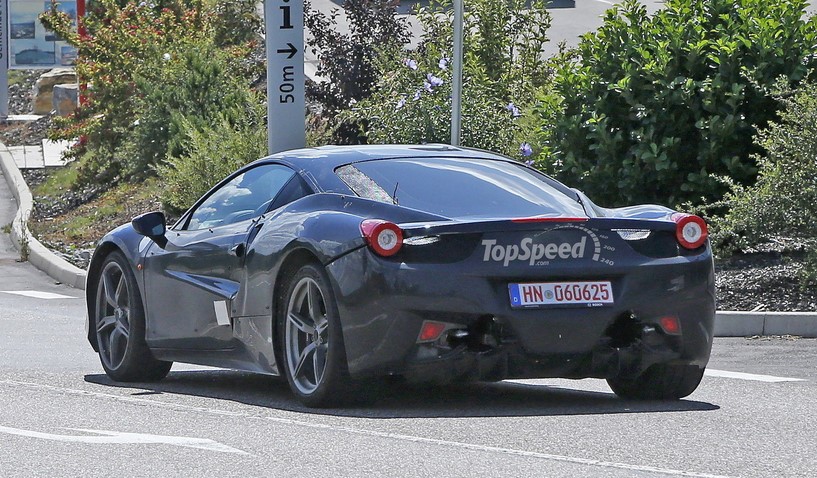 The most probable engine to be installed under the rear deck lid of the 2018 Ferrari Dino is the 2.9 liters twin-turbocharged V6 which can also be seen under the hood of the Giulia QV where it makes 503 horsepower and over 400 lb-ft of torque. Thanks to the fact it will be installed in a Ferrari though, this time, around we expect closer to 540 horsepower and 450 lb-ft of torque in order to allow it to compete with the 540C.

On top of that, the engine will likely be tuned extensively by Ferrari in order to create a better sound and also more usable torque at high revs where most people are going to use the car. The same gearbox as in the 488 is expected to be used in the new Dino, which is one of the fastest dual-clutch units ever made. While the car will certainly be quite a bit cheaper than pretty much any other current Ferrari, their CEO stated that even though it will be cheaper, don’t expect it to be too cheap because Ferrari wants to keep their brand image unchanged.

This means that the future Dino might cost well above $150,000 which would still be near $100,000 better than what the 488 costs. On top of that, the Dino is likely going to be offered in a limited number of cars to keep the demand high.

Back in 2015, Lexus was releasing the LF-FC concept, a high-end four-door luxury coupe. Even though it was never supposed …