The Mazda 3 is the company’s best selling model and for a good reason. It is reasonably cheap to own, it looks great and it is a blast to drive. The car, like any other, is not perfect, though. It lacks a more powerful version and it isn’t exactly the best car regarding comfort. Things have been improved with the facelifted model but not by much. It seems that Mazda might be preparing for a new model altogether.

Even though it is not official so far, the 2019 Mazda 3 might be an all new car. The rumors started to spread around the internet not that long ago and some of them might just be true. 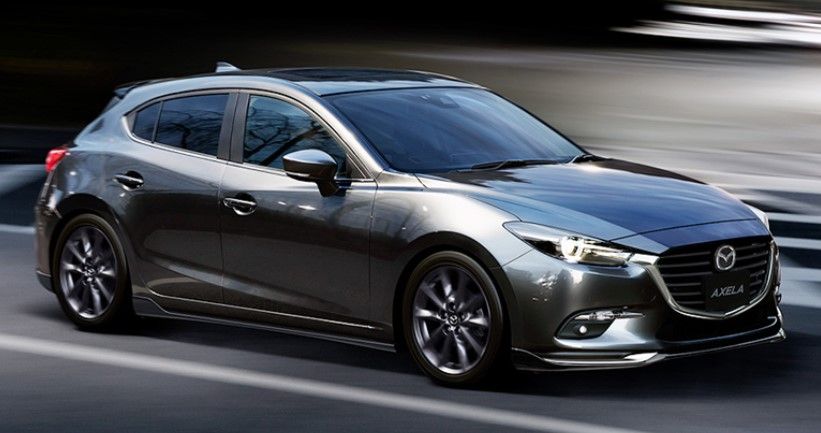 The ongoing model is based on Mazda’s SkyActiv chassis so it uses roughly the same suspension setup as the CX-5. It also shares its engines with all of their other cars. Things might not remain the same for the new model. It seems that Mazda is looking to get out a compelling competitor for GM’s Cruze and the upcoming Focus. The two sell very well at this point for various reasons. The 3 lacks the refinement of the Cruze or the driving characteristics of the Focus.

Even though it is quite good, it is not as good as the other two. The 2019 model might change all of that. How? Well, its NVH levels should vastly improve. This will help with comfort, safety as well as with its driving characteristics. The SkyActiv platform will be retained, but some rumors suggested a new suspension system will be installed. New springs, shocks as well as a different setup for the rear might be in store. 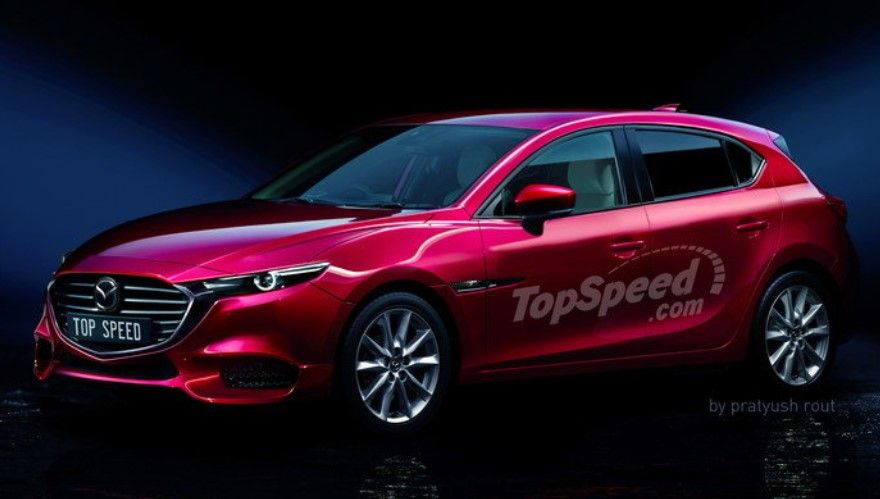 One of the best selling points of the car has always been the way it looks. Even though this will likely change, the 2019 Mazda 3 is still going to look well above the average of its class. Even though so far Mazda hasn’t released any official pictures of the car, they did release the RX-Vision concept. This gives us a good idea about where Mazda is heading regarding overall corporate design. The new three will more than likely borrow from this concept. The front end will likely get the new type of grille and the swept back headlights, a feature mostly seen on European cars.

The rear of the car should still offer the sporty vibe of the ongoing model but with a twist. We expect a larger rear spoiler, new exhaust openings across the range and likely a more coupe-like shape.

The 2019 Mazda 3 is likely going to borrow quite a bit from its European rivals. These are getting simpler and easier to use interiors, so this will likely happen with it as well. However, Mazda is also expected to add some flavor to the cabin. We expect most of the dashboard to be aimed at the driver. This should basically create a cockpit which will considerably improve the driving experience.

Considering it will retain the same basic platform as before, the overall layout of the interior such as the placement of the seats might remain the same or at least very similar. 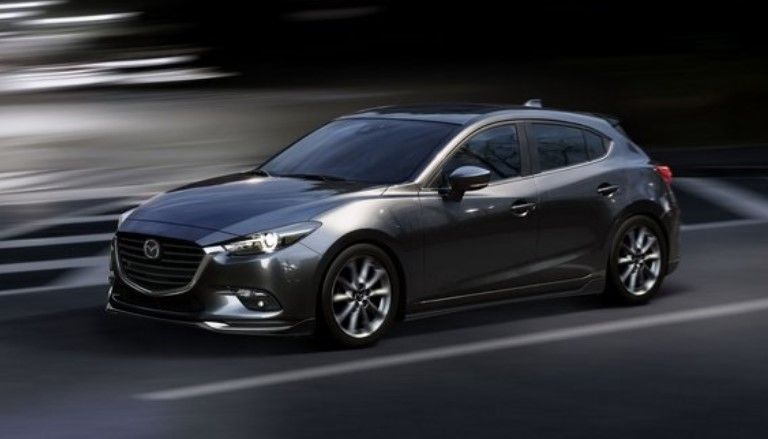 While the 2 and 2.5 liter engines of the 2019 Mazda 3 will likely remain the same, things might change for the other engines. These are the only offerings in the US but other markets also get a 1.5 liter gas, a 1.5 liter diesel and a 2.2 liter diesel. The latter might eventually hit the US shores in a modified form. This could easily develop over 140 horsepower and 290 lb-ft of torque in which case it would become quite interesting. With the 2019 model we might see a return for the Mazdaspeed model.

This is expected to boast a 2.5 liter turbocharged inline four mated to a 6-speed manual and an all wheel drive system. With north of 300 horsepower and 350 lb-ft of torque, it should be more than capable to at least challenge the new Focus RS.