The Rio is one of the better selling subcompacts on the market, but it is not perfect. The current car is average to drive, and it can’t match the competition regarding performance or comfort. However, an all-new version is going to hit the market with the 2017 Kia Rio. The car has been rumored for some time, but it has been confirmed only recently by Kia. On top of assuring that it, they actually released quite a few details about the car with nearly a month before the official release from the Paris Auto Show. It seems that the new Rio is based on a new platform, and it also boasts new engines and a new look.

It still is unclear what platform the car is using. However, we do know that the new Rio has a slightly longer wheelbase than its predecessor, and it is 0.6 inches longer as well. On top of that, the design has been considerably changed so it should also offer more space inside the cabin as well. The width increased by a tiny 0.2 inches but it should still be noticeable inside the cabin.

So far Kia only announced that the new Rio would become available for sale in Europe by the end of the year. In the US the car will most likely arrive sometime in the mid of 2017 or early 2018. Its price should remain unchanged from the current hatchback, at least for its past models. 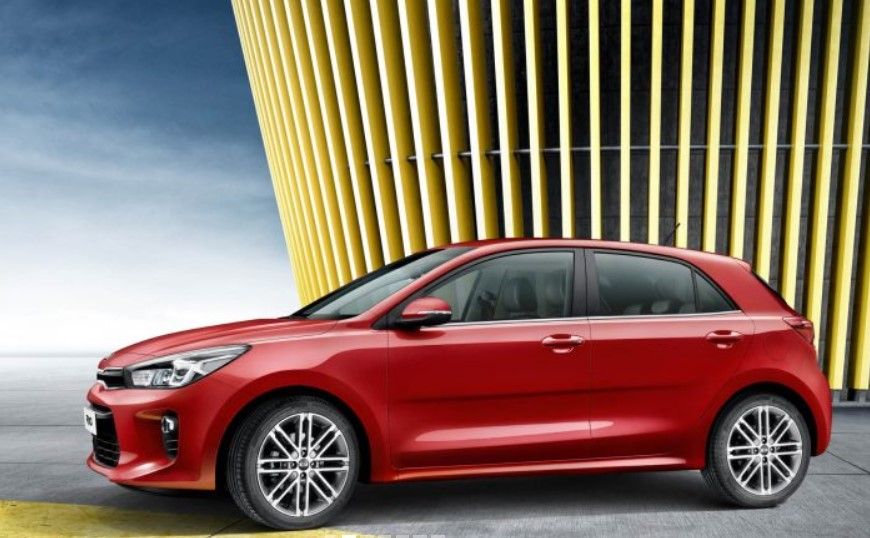 Unlike the older model, the new 2017 Kia Rio features a more upright cabin which also gives the impression of a larger car in general. However, this is not exactly correct as it is not that much larger over the previous generation. The front fascia is all new as well, and it now borrows cues from cars like the Optima. The grille is much sharper, and it is complemented by a larger air intake in the bumper. The fog-lights housings are vertical while the headlights are swept towards the back for a more aggressive look. The back went through a significant change as well, so it features a much more “German” look. In fact, some could say that it does look a lot like the current Polo from the back or the profile.

Here Kia worked tremendously in order to make their tiny Rio not feel tiny. Thanks to the taller cabin, the car now features slightly more headroom and legroom than before. On top of that, most of the dashboard’s design has been heavily inspired by the Cadenza and Optima, and this is not a bad thing. The instrument cluster is very clear, the buttons all seem to be well made while the infotainment system pops out from the dashboard. The steering wheel is new as well, and it looks like it has been taken out straight from the larger sedan. The result is a car that looks a lot more upmarket than it is and that’s an excellent thing. 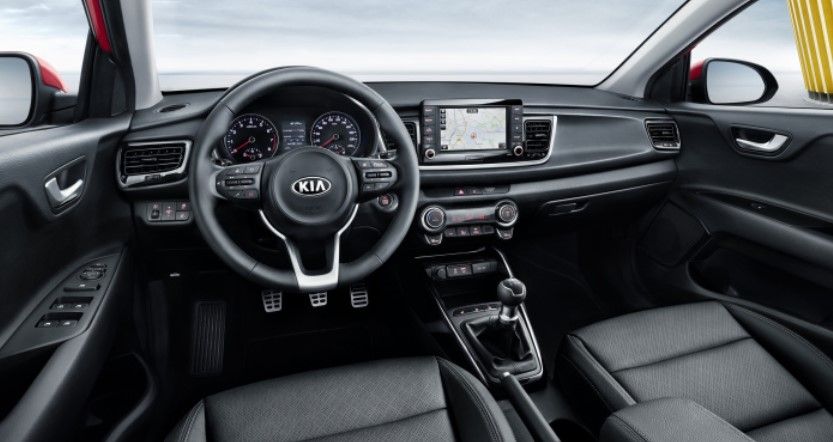 Under the hood – the real possibility to reach a GT status.

It still is unclear what engines the new 2017 Kia Rio is going to feature. However, we do expect all new powertrains across the range. For starters, the European market is projected to receive a new 1 liter turbocharged petrol engine alongside some of the older engines. This should be capable of over 105 horsepower and 200 Nm of torque while improving fuel efficiency. A GT-line model for this particular engine is also a real possibility. The European market should also stick with at least one diesel engine which should become the best selling model of the car. Some people also liked the idea of having a Rio with a larger 1.6 liter turbocharged engine, the same found in the new Tucson.

So far Kia hasn’t said a word about what will power the new Rio. Despite that, it is quite safe to assume that the car will feature a mix of old and new technology, depending on the market it will be sold in. Also, in order to compete with cars like the Fiesta ST or the Polo GTI, Kia might release a high-performance version with close to 200 horsepower. In this case, expect the Rio to get a dual-clutch automatic transmission which will give it an edge over its competitors.