The Yaris is sold by Toyota around the World, but the name actually covers a few different cars. The best known is the hatchback. The current version of the car has been around since 2010, and it was first released as the Vitz in Japan. Since then the car has been released in numerous markets, and it features a wide selection of engines. The car is a cheap way of transport, and it features the basics. However, the latest models started to offer more interesting features and equipment, and it started to sell better as time passed. Some suggested that a new model was going to be released by 2018.

This would still be a few years late, but it would give Toyota a rather appealing competitor in a class where most cars would have been a few years old at that point. Until then, though, it seems that Toyota wants this generation to go with a bang!

Well, not that long ago Toyota showcased a sketch for the upcoming 2018 Toyota Yaris Gazoo, and this sketch was mostly based on the current model. This is rather interesting because most of us expected the Gazoo for the upcoming generation of the Yaris. Unfortunately, it seems that this is not the case. Instead, Toyota may release the Gazoo as a limited run for the current model. The Gazoo is the hot-hatch version of the car which is going to directly compete with the Polo GTI and Fiesta ST.

Just like with its competitors, Toyota also has a WRC version of the car which was released only a few months ago. The production 2018 Toyota Yaris Gazoo will more than likely feature a design inspired by this.

Why not release the car for the next generation?

Even if Toyota is expected to release the Gazoo as a version of the current car, this may not be the case, despite the sketch released by them. Instead, Toyota may release the concept for the Gazoo based on the current model and shortly after that, release the car for the new generation of the Yaris. This would make a lot more sense, especially since the Yaris would benefit greatly from a hot-version. The concept, which will likely be released in Detroit, will be based on the current International model. The car will boast a body kit inspired by the WRC race-car.

This means a lowered stance, a rear roof-spoiler, large multi-spoke wheels and it also seems to get a large front splitter and a rear diffuser. Toyota also showcased the car with a unique color scheme with a silver base coat with black and red accents. Even if this will be just a concept, we are quite sure that the upcoming generation and the future 2018 Toyota Yaris Gazoo are both going to feature design influences from this concept.

There have been many rumors about what will make the Gazoo move. Some people suggested that the car will benefit from a less-powerful version of the 365 horsepower 1.6 liters WRC engine. While we do love the idea, this is highly unlikely mainly because that is a bespoke engine built specifically with racing in mind. Instead, the 2018 Toyota Yaris Gazoo is more than likely going to feature a unique powertrain which we may see in future Toyota products. Some of its rivals already went for higher displacement engines as these generally offer the torque on a much wider rev-range.

The Gazoo might follow a similar route as well. While some people suggested that a 1.6-liter turbo is the only real option here, this is not the really the case. Instead, Toyota may develop one of the US-specific engines such as the 1.8 liters in the Corolla which can make in its naturally aspirated form up to 140 horsepower. A turbocharged version of the same engine could easily push well over 200 horsepower and 240 lb-ft of torque which would make the Gazoo a very interesting hot-hatch. A manual transmission is already a given in this class.

While an automatic would make the car faster, people usually prefer manuals because they provide a more enjoyable driving experience. Front wheel drive is more than likely going to be the case which will allow Toyota to keep the weight down and provide a perky character for the car. 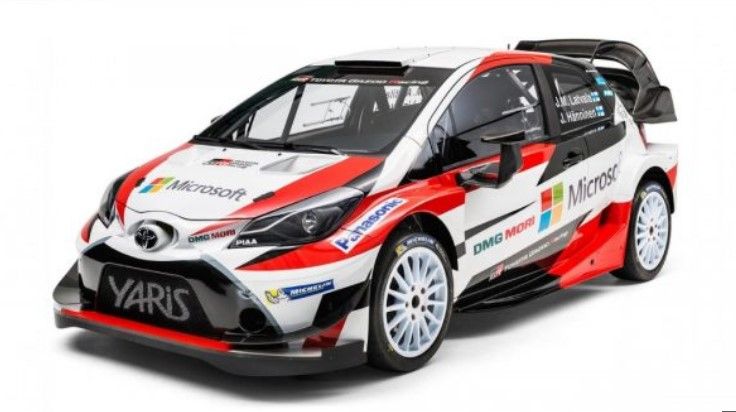