After a lot of rumors and predictions, the new 2018 Lamborghini Huracan Superleggera coming, very soon. Released for the mid of 2014, the Huracan is Lamborghini’s new super-car aimed directly at the lower end McLaren’s and even the Porsche 911. Like these two, the Huracán starts at roughly $200,000, so it is not all that expensive for what it has to offer. However, while it is good, the car has been missing so far a true high-performance version.

Well, it seems that this is about to change as the upcoming 2018 Lamborghini Huracan Superleggera has been spied testing at the Nurburgring. Unlike the earlier test mules, the spied model looks to be a fully fledged Superleggera with all the bells and whistles added to the mix.

Some people suggested that an SV model would have been a great offering in this class. However, this is highly unlikely considering the price. It doesn’t mean though that the Superleggera will be bad.

Unlike the previous Gallardo, its replacement is made mostly out of carbon fiber. This means it already has a really stiff chassis, and it is quite light. In order to make it lighter, the Superleggera will likely come with new suspension components, some changes to its exhaust and even some interior updates. For starters, the new suspension system should now include carbon fiber parts. This might decrease its unsprung weight, and it should give the driver more control. Carbon ceramic brakes are going to be standard as well while lightweight forged aluminum wheels wrapped in high-performance rubber will be offered as well.

The total weight of the car is still unknown. However, the current model has a dry weight of around 3,100 pounds. It is expected that the 2018 Lamborghini Huracsn Superleggera will lose as much as 300 pounds with the help of all its upgrades. As we said, inside the cabin the car will lose a lot of standard equipment in the quest for weight savings. Lightweight carbon fiber seats with thin padding will be added while features like a heavy head unit, subwoofers or the electric motors for the seats will all be removed. This seems a bit drastic, but it should make for a much lighter and easier to drive the car than before that will become a faster all around vehicle, both on the track and off it.

The car spied testing a while ago was clearly not a test mule. Its front end was quite a bit more different than the regular Huracán. For starters, it front bumper had similar air intakes to those found on the Gallardo Superleggera. At the back, it also seems to sport an identical exhaust setup to that found on the Super Trofeo race car. This most likely means that the production version will sport dual center exhausts and a large diffuser which will help with downforce and high-speed stability. The large rear wing will be fixed which will save weight, but as we said above, it will also decrease its top speed slightly.

Luckily for us, saving weight is not everything. This means that the upcoming 2018 Lamborghini Huracan Superleggera is also definitely going to receive an improved powertrain. The current base model has a 5.2 liter V10 offering 602 horsepower and 413 lb-ft of torque. With the help of a dual-clutch seven-speed automatic gearbox, the base car can get to 60 MPH in around 2.5 seconds which is just as fast as the Aventador. The Superleggera is expected to make use of the same basic 5.2-liter engine. However, with a few tweaks, Lamborghini will be most likely up the total output closer to 640 horsepower and 420 lb-ft of torque.

With the rather impressive weight loss, the new Huracan should become one of the fastest cars in its class. The 0 to 60 MPH time will likely not decrease while its top speed might be smaller as the rear wing will generate quite a bit of downforce and drag. However, cornering speed should improve massively which is what matters on track. 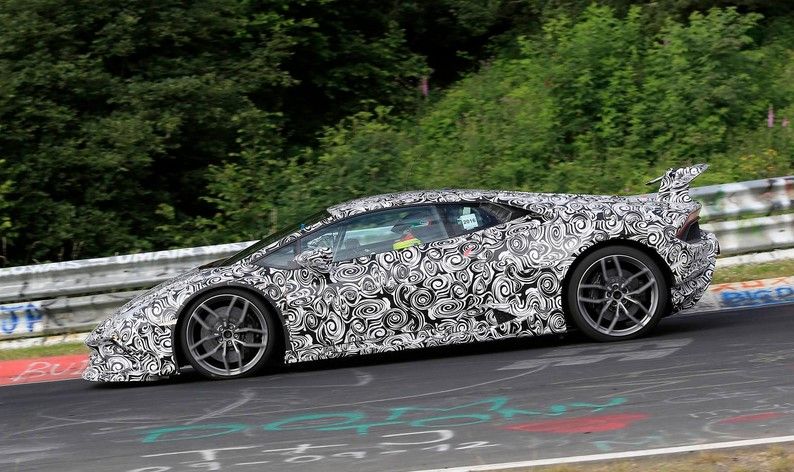 However, considering its competition and the base Huracan, we may see a $260,000 to $300,000 model from them. While it may seem quite expensive considering that the Aventador is not much more expensive, it should be well worth it. But, this is unofficial and unconfirmed price, only rumor and predictions of car experts.

According to some predictions, new Superleggera will debut in first half 2017 year.

Released back in 2009, the current A8 can’t really match the newer competition. However, it still is one of the …

The Mazda 3 is the company’s best selling model and for a good reason. It is reasonably cheap to own, …