The future truck, named 2017 Chevy Colorado ZR2 was caught at test drive, first time. The Colorado ZR2 has been first showcased by GM as a concept back at the end of 2014. The truck was intended to become the high-performance version of the Colorado, similar to what the Raptor is to the F-150. However, up to this point, GM hasn’t said much else about it. The interesting part though is the fact that a development mule was spied a few months ago while a new version of it has been spied more recently.

So far it seems that the 2017 Chevy Colorado ZR2 is real, and it may come sooner than we first thought. There is still no word on the price or the availability of the truck, but rumors suggest it may be first showcased at the Los Angeles Auto Show while its price could be quite a bit higher than that of a regular Colorado. 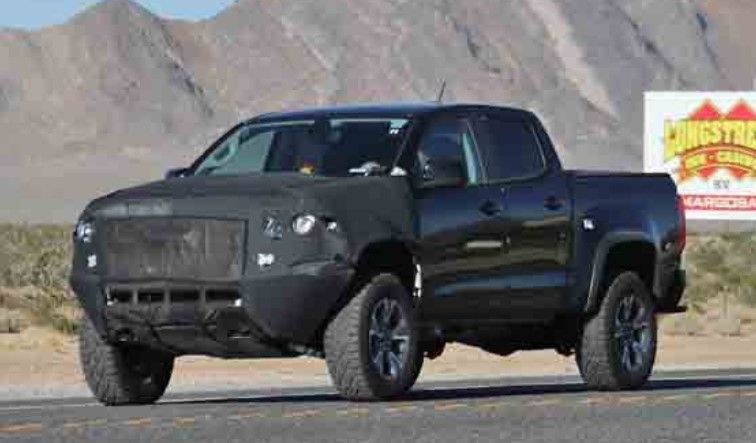 The concept showcased nearly two years ago features a set of King shocks, new springs, larger wheels, high-performance tires as well as an assortment of exterior and interior changes. Well, the production version of the ZR2 will most likely be quite close to it. There is still no information on the actual part. However, we can assume a few things.

For starters, a set of King Shocks has already been made available for the regular Colorado as an upgrade. This implies that King had a lot of time with the truck before which could mean that the ZR2 will follow the concept closely. On top of that, the test mules both feature a higher ground clearance as well as larger wheels than the stock Colorado. 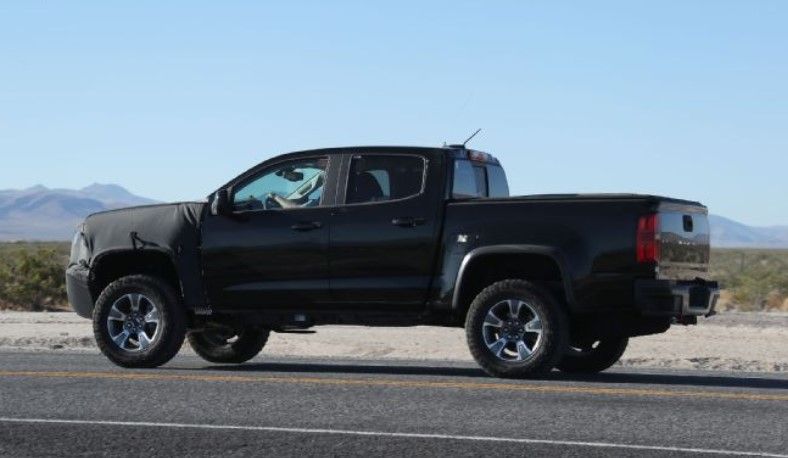 In order to appeal to a different crowd, the 2017 Chevy Colorado ZR2 is going to look a lot more aggressive than what we are used to. Both the concept and the test mules feature a rather aggressive stance where the front end is lower than the rear. On top of that, in the front, it seems that the ZR2 will come as standard with a pre runner-like bumper which will allow for improved approach angles, and it should also allow the buyer to install larger tires with ease. The mule also seems to feature a bulging hood and wider wheel arches in the front and at the back.

Besides that, the truck will definitely come with high-performance off-road tires and possibly a few unique paint options. The design inside the cabin, on the other hand, is likely not going to change much. Here we only expect a new set of seats and probably a unique upholstery that will contrast with the exterior color.

The concept of the 2017 Chevy Colorado ZR2 was rocking GM’s 2.8 liters inline-four turbocharged diesel which was just a rumor at that point. However, in the meantime this has been offered on the regular Colorado, so it would only be natural for it to be found on the ZR2. Currently, the engine makes 181 horsepower and 369 lb-ft of torque. This is not a massive amount by any means, but it should be more than enough for those looking to get their new ZR2 off-road. For those wanting for more, we are quite sure that GM will also offer their 3.6 liters naturally aspirated V6.

This petrol engine currently makes 305 horsepower and 269 lb-ft of torque. While being down on torque, the engine is quite a bit more capable than the diesel when it comes to high-speed driving and actual acceleration, both quite important in a pre-runner. The smaller 2.5-liter engine is most likely not going to be found on the ZR2. Also, a rather interesting point would be the transmission. So far there has been no information whether the ZR2 will receive a manual or an automatic.

However, our best bet would go on the fact that GM will decide to offer on the top end ZR2 Colorado their new ten-speed automatic gearbox which would definitely give it an edge over the competition.