Have you ever asked yourself about Karma’s car. Not long ago, we thought that Revero is dead, forever. Fortunately, the newest Karma Revero is back. Sedan named Revero is being prepared by Karma Automotive that was previously known as Fisker Automotive. Fisker was bought by Chinese Wanxiang Group, and they decided to reenter the market with a sedan that according to them will be a Tesla competitor.

As soon as you look at the Revero, you will say that it is very similar to Karma, and we tend to agree with that. This is not bad in any case since Karma was a real beauty and always noticed wherever you go with it. Among the changes, we are getting new wheels, redesigned headlights, and a different grille. New logos on the car are hand-painted boosting the level of exclusivity for this sedan even further.

When this vehicle emerged in rumors, we could hear reports that it will be able to take on Tesla and to beat it. We are not sure about that simply because they will come in slightly different segments and it is sure that there is enough room for both players on the market. 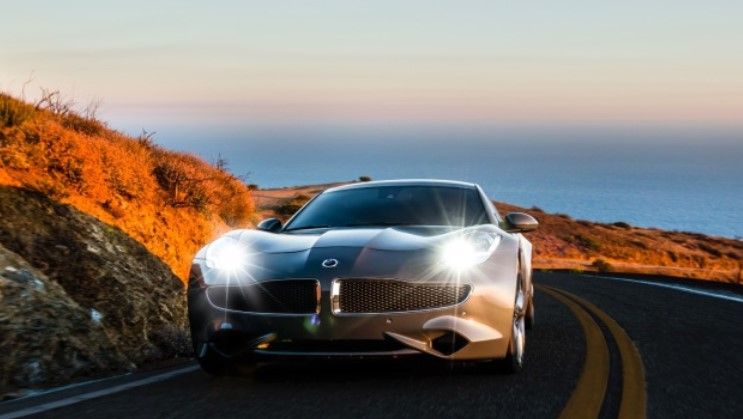 There are few colossal differences between Karma Revero and Tesla Model S. First of all, Revero is a hybrid, and it will use 2.0-liter turbocharged four cylinder engine as a range extender to produce electric power meaning that this unit will not send power directly to the wheels. The battery pack of 21.4 kWh will be enough for about 50 miles which is more than sufficient for most of your daily needs. In case you require more range, the gasoline unit will kick in and provide additional power.

According to the company, 80 percent charge can be achieved in just 24 minutes with the use of onboard quick charger while on top of that you are getting a solar panel on the roof that can provide additional range. It might not be much but in perfect weather, it should recharge the battery at a rate of about 1.5 miles per day. This can be quite useful if you leave your car at the airport and go for a longer vacation, you will not have to worry about battery charge state.

With aggressive looks we are getting from Karma Revero it really needs a powertrain that can back it up. Already mentioned 21.4 kWh battery is sending power to electric motors that produce 403 hp and more than impressive 981-pound feet of torque. Fisker Karma was capable of hitting 60 mph from 0 in about 6.5 seconds, but Revero will do this in very good 5.4 seconds.

Here is what Jim Taylor, the company’s chief revenue officer said: “We think we’re in Tesla’s court. If it was just about style, we would only go head to head with Aston Martin and Maserati. But these buyers are also interested in the technology,” 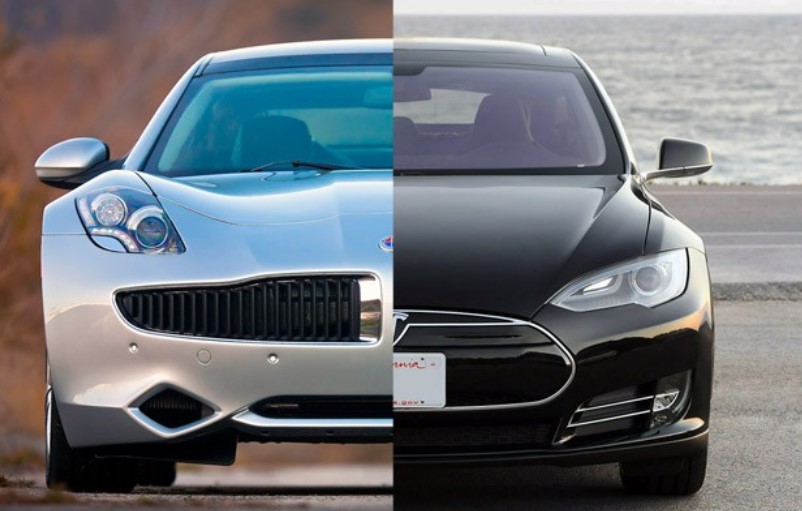 Another very interesting thing about Revero is that it will be built in a California-based factory that is very close to Tesla Motors facilities. Clearly, this will be a limited number production vehicle, and not many will get the opportunity to enjoy it. There are still no details about the release date, but we could hear that it will be offered soon. Prices will start from $130,000 for the base version, but we do not know what options will be offered here.

While Tesla and Karma might become fierce rivals, we think that Revero might not be the direct competitor to Model S or other cars in Tesla lineup. Model S is an electric vehicle, and it offers up to 300 miles of range. Top of the line version does go above $100,000 but still it doesn’t surpass Revero. Performances of P90D and recently announced P100D are insane and in the Ludicrous mode it hits 60 mph in about 2.5 seconds. On the other hand, a vehicle from Karma should be more luxurious while design wise it is up to you to decide which one you like more.