After they released two of the best-looking cars of 2015 with the Q and QX30, they also released the all new Infiniti QX Sport Inspiration Concept at the Shanghai Auto Show. The underpinnings of the car are still unknown at this point but considering how it looks; it is safe to assume that it is quite close to being made.

Infiniti said that the car is set to become a successor for their two larger crossovers. So far it still is unclear which one specifically it will replace, but its design will most likely be carried over, in one way or another, across their entire range of crossovers.

Unlike the older QX50 and 70 crossovers, the Inspiration Concept looks to be a grown up car. The lines, while still quite curvy, are not as aggressive as before. This becomes clear from the moment you take a look at it. The front end of the QX Sport is quite bulky for its size. Despite that, with the help of the really clean lines, the result is a car that looks a lot like a premium crossover than it previously did. Its shape also changed quite a bit. Instead of approaching the coupe-crossover shape of the previous models, the new one looks a lot like a larger version of the QX30. This is fine considering that most other manufacturers are doing to the same thing, but we would have hoped for something a bit more unique.

There is still no information available about the platform the Infiniti QX Sport Inspiration Concept is using or what chassis the production model will be based on. However, considering its size and design, we are quite sure that it is based on the same platform as the Q50 sedan. This means that it will be a rear wheel drive car at its core with a low center of gravity. The concept is just as wide as the Q50 sedan but it is noticeably taller and also longer. The production vehicle should keep this true to the original, but this doesn’t mean it will get another platform.

This highly modular platform also means that the Inspiration Concept will be able to make use of Infiniti’s newest technologies and engines. With it, the interior of the car will be quite a bit better than that of its predecessors. For starters, the car is no longer going to have the same cramped feel as before. The passengers will benefit from more head and legroom than before. Also, for this generation, a seven seats model is a real possibility mostly thanks to its more compact platform.

The release date for its production model is still unknown. However, considering that the QX30 took only a few months, the Inspiration Concept, most likely the Q70, should take about the same. Like with most other cars, though, the production version of it will be a bit more different. For starters, the futuristic interior will be gone.

In its place, the Infiniti QX Sport Inspiration Concept should get something a lot more similar to the Q50 sedan. It will include also quite a likely feature similar materials as well as pretty much the same type of equipment. This is because the two will be similar in price starting around $40,000 or little over that. 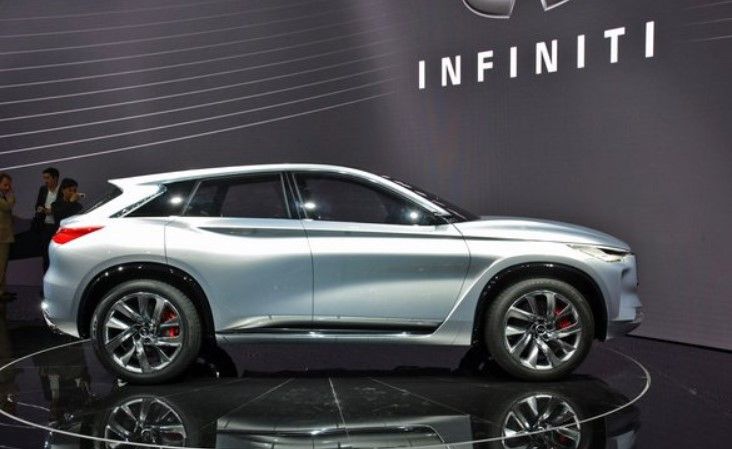 Because this will be a large, and also quite premium, crossover, its engine choices should be limited to the best Infiniti has to offer. The base, and likely the higher end models, should make use of their all new 3 liters twin-turbocharged V6 petrol engine. In the smaller Q50 sedan, this makes between 300 and 400 horsepower. This should be true for the crossover as well. Rear wheel drive is still most likely going to be offered on the base models. While not ideal, it still is much better than a front wheel drive crossover.

The base 3-liter engine should make closer to 320 horsepower and little over 300 lb-ft of torque. This would be possible thanks to its rear wheel drive chassis. The top end version will likely reach 400 horsepower and over 350 lb-ft of torque with ease. In any case, a seven-speed automatic, the same as in the sedan, should be offered as standard. The optional all-wheel drive system will be biased towards the rear wheels, so it should still be plenty of fun in any weather conditions. 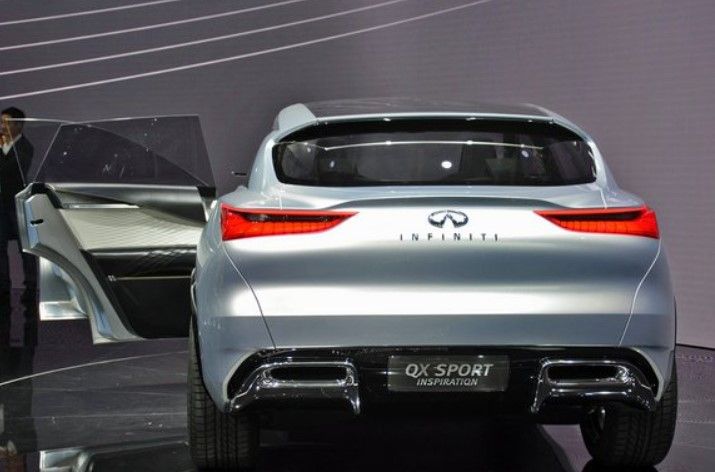