Finally, the newest N-performance sports car coming. The new Hyundai RN30 has been presented at Paris Auto Show, but such as concept. Hot-hatches have been around for more than three decades at this point but so far not many people liked them all that much. This started to change a few years ago and more recently people started to really love them. The best example is the new Focus RS which was sold out in a matter of months and some even paid as much as $500,000 for getting one of the first models which is insane for something that is a hatchback at its core. In order to get in line with the competition, Hyundai is also set on releasing such a car. So far they don’t really had a true hot-hatch but this is about to change with the i30N which is set to debut next year. 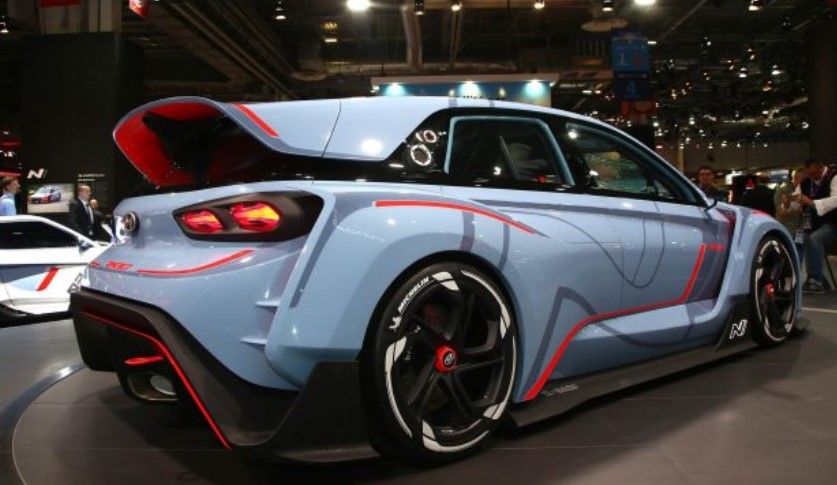 However, until the i30 will be released, the Hyundai RN30 was showcased a few days ago as a predecessor for it. The car is nothing more than a concept but it does give us a good idea about the future, at least on the outside. The RN30 seems to be based on the regular i30 but it does come with a lot of features that would be unavailable on a street car. It has a massive body kit, a race-ready set of wheels and tires as well as a really aggressive look. Even though a production model for it will likely never hit the market, it makes a really good case for itself and it gives us a good idea about the future.

The upcoming i30N, which will likely be based on it, will most likely be one of the very few cars that will be able to compete with the Focus RS which is the current benchmark for these types of cars.

Well, the Hyundai RN30 was launched recently because Hyundai’s new “N-Division” has just started. This means that we should see a lot more cars from them in the future. Also, the over the top design the car boasts is great because it manages to get a lot of attention from the press and people alike.

Considering how it looks, the RN30 is quite far from a production car. However, there are some interesting features about it. For starters, it is the first Hyundai hatchback to use an all wheel drive system. So far many people expected the upcoming i30N to come with front wheel drive but this might not be true. We might just see a production i30 with all wheel drive and over 300 horsepower. The Hyundai RN30 concept makes a bit more than that though. The car showcased here has a 2 liter turbocharged inline 4 which puts out 374 horsepower and 332 lb-ft of torque.

This is more than the Focus RS and more than pretty much any other car in this class. All that power is then sent to the all wheel drive system via a wet dual-clutch automatic. There are no performance figures released but the RN30 seems to be one of the fastest out there. A torque vectoring system has also been installed which we may see in one of their future models as well. 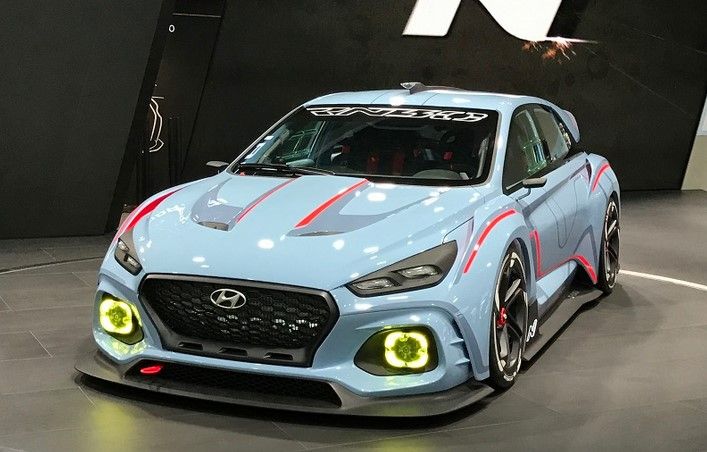 Let’s now take a closer look at the design of the RN30. The car is obviously based on the i30 or a modified version of it. There are some influences from the i20 WRC car as well which we may also see on a future production model. The massive air intakes on the sides and the active aerodynamic features are there for making an impression. The 19 inch light alloy center-locking wheels as well.

However, the large roof-mounted spoiler, the big rear diffuser and even part of the front end could all be seen on a future production model. Also, even though the car is just a two-door, it is quite obvious that the base version is a four-door hatchback which gives us hope for the future.

Unfortunately the Hyundai RN30 has been released with a stripped out racing interior. A future production version is more than likely going to have a very similar interior to the regular i30 with a few mods. For starters, the N version of the car should get much better seats, a nicer, likely flat-bottom, steering wheel as well as a similar equipment level to a top of the range version of the i30.

Thanks to online promotion you can find the right audience for your business. Once it does, it needs to turn …

Ram’s 1500 medium truck was officially unveiled back in 2008. Since then it went through a few upgrades and changes, …