The Supra is one of the best known Japanese sports cars ever made, and it is about to receive a modern version. The 2018 Toyota Supra has been rumored for a really long time. However, only in 2013, the car received a bit more attention when BMW and Toyota announced a partnership in order to create a new sports car. This new car would become the upcoming Z5 roadster and the Supra coupe. The car is expected to be launched some time in the third quarter of 2017, and it should hit the market shortly after that.

So far there is still no word on the pricing or availability of the car. However, unlike the previous model, which was made in Japan, this one is going to be built in Austria on the same production line with the upcoming Z5. 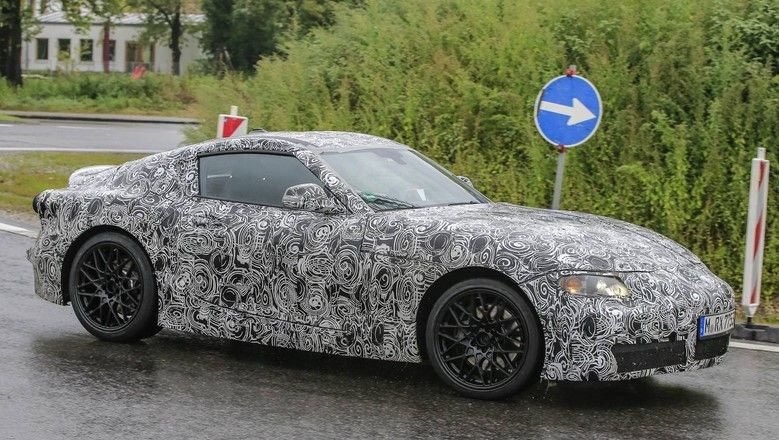 This is also the first Supra to be built on a foreign platform. Even though it will wear the Toyota badge, the car will have a lot more in common with a BMW. This is also quite clear from the development mules which have all been testing at BMW’s research facility at the Nurburgring. But not only the platform will be shared. The new Supra will likely get a very similar running gear, brakes and also safety features to the Z5.

This is not a bad thing, but it will get from the unique factor quite a bit. The price, while unknown at this point, will likely be well over $50,000.

There has been some inside information which suggested that the Supra will cost more than a Corvette which starts at little over $55,000. This is a lot of money for an unproven car, but it might be well worth it in the end.

We had seen the concepts of the 2018 Toyota Supra ever since 2007 when the first FT-HS was revealed. Later down the road, the FT-1 was shown, and it took everyone by surprise. It seems that the production model of the new Supra might be a combination of the two. The back end seems rather short and a lot more in line with what is used on the FT-HS concept. The front end, on the other hand, seems less bulky which was used on the FT-1. We are quite sure that the production model will be toned down a bit, but it will be reminiscent of the two cars we mentioned above.

Some said that the short and stubby look doesn’t suit the car all that well but we disagree, especially since Toyota did offer a great design with the FT-1 which uses roughly the same proportions.

At this point, it still is quite early to say much about its cabin. A few spy shots have been taken so far, but none of them shows much due to the heavy camouflage. Some inside information suggested that the car will not only borrow some parts from other Toyota cars, but it will also get an entirely new design. We hope that it will be able to offer the comfort, luxury, and features everyone excepts from a car that costs over $50,000. The Supra will be a two-door with only two seats which are unusual these days. 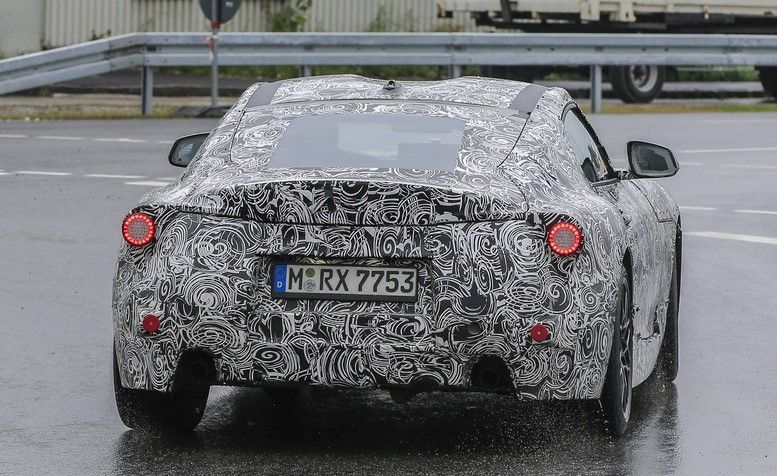 While the BMW will make use of 4 and six cylinder inline engines, the 2018 Toyota Supra is expected to be a bit more different. From the few videos we have seen about the car, it seems that it will not get a BMW powertrain. This is against everything we heard so far but the car does not sound like an inline six but more like a V6. This would be similar to the original 2007 concept which used a V6 engine coupled to a set of electric motors. It seems that the production version of the Supra might use a twin-turbocharged low-displacement V6 coupled to one or two electric motors. All the power will go to the rear wheels, and the car is expected to make use of an automatic.

The result will be around 400 horsepower but well over 400 lb-ft of torque. There is no information about the performance of the car. However, it is worth mentioning that some of its rivals to get to 60 MPH in less than 4 seconds and go up to a maximum top speed of over 170 MPH. It is safe to assume that Toyota will try to at least match, if not beat, these numbers.

The A7 is Audi’s flagship high-performance sedan which is slotted right between the A6 and the A8. Even though it …