As we all know, crossovers are currently the best selling cars in the World. People moved away from family sedans because these usually offered less space inside the cabin at roughly the same price as the newer crossovers. The latter usually offer more cargo space as well as a much larger tailgate which can easily accommodate larger items than sedans.

Because this trend there are now more and more manufacturers joining the ranks. One of them is Hyundai, a manufacturer who used to offer three crossovers and SUVs for decades. However, things changed, so they had to bring something new to the market.

Not that long ago they revealed the Kona concept car, a compact crossover meant to take the lowest spot on their roster. Even though the car has not been confirmed yet, its production prototype has been seen a couple of weeks back. On top of that, Hyundai managed to release a set of photographs of the Kona, wearing no camouflage at all, on the internet. Thanks to that we have a pretty good idea about the car’s final design which is more impressive than we first thought.

The upcoming 2018 Hyundai Kona is going to use the same platform as the i20. This likely means that it will only be offered in front-wheel drive guise. While this is a shame, most of its competitors follow the same recipe so it shouldn’t be a problem. The car’s wheelbase seems to be similar to that of the i20 too.

We can expect right around 2,570mm with a total length of little over 4,100mm. This is roughly the average of its class, so the Kona should fit in without any issues. The price for a base model is likely going to hover around €16,000.

The first test mules of the 2018 Hyundai Kona were heavily camouflaged, but even so, we were able to see a few distinct features about it. The leaked spy shots confirm most of the original rumors. The car will feature a split-headlight design with the LED daytime running lights being mounted on top of the regular low and high beams.

The car has a similar grille to that of the i20 but it seems to boast honeycomb mesh instead of horizontal slats and it is definitely larger. The profile of the car seems to be pretty much identical to the i20. The only real differences are the gray plastic inserts on the wheel arches and side skirts as well as the roof rails.

This type of design has been used before, and it has been quite successful. The rear of the Kona is still mostly unknown. However, considering the rest of the car, it is safe to assume it will be quite similar to the i20. Unlike its hatchback twin, the Kona will likely come with 16-inch alloy rims as standard.

Just like with the exterior, most of the interior of the 2018 Hyundai Kona has already been leaked more than four months away from release. Unlike its exterior design, the interior of the car seems to be a lot more different than the i20. For starters, the only shared parts seem to be the climate control center and the instrument cluster.

The car boasts a boxy-looking infotainment screen on top of the dashboard and right underneath it there is a set of HVAC vents. The driving position seems slightly taller while the steering wheel looks to be all new. The materials are likely going to be at least on par with most of its rivals. 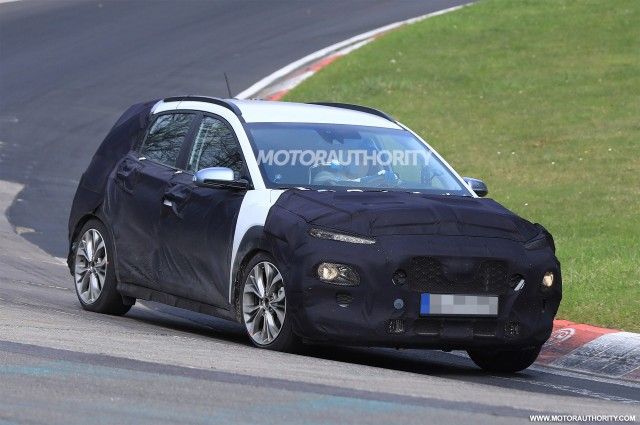 Here the 2018 Hyundai Kona will likely come with the same engines that can be found on the i20. Expect the base model to be not that impressive, especially since it won’t cost all that much. A 1.0-liter turbo-three is the most probable contender here. Expect the base version to make up to 100 horsepower with the slightly more expensive model to offer up to 120 horsepower. Both of these engines are likely going to be mated only to a six speed manual gearbox driving the front wheels.

A 1.1 liter turbocharged three cylinder diesel is possible in some markets. Most Europe will likely receive the 1.4-liter diesel which is known to make up to 89 horsepower, enough for most city cars but not nearly enough for a family car. 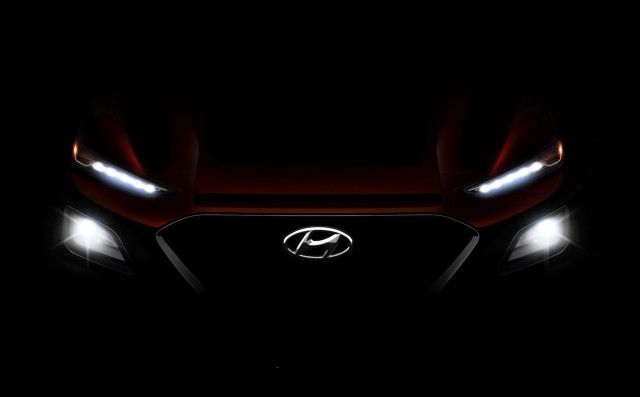