The Avancier has been revealed in China earlier this year, and it is set on becoming Honda’s next top end crossover. The car is actually based on the same chassis as the older CRV which is quite interesting considering that Honda already offers a new CRV on a brand new platform. This move has been done likely due to the fact the Avancier has been developed with a local Chinese manufacturer. The result is a top end product with the power to match the looks. Also, the car is quite a bit more different than Honda’s other crossovers.

For starters, it is their only coupe-like crossover currently on the market, and it is equipped more similarly to an Acura rather than a Honda. Because the Acura brand is not available in China, this is likely what the car is. 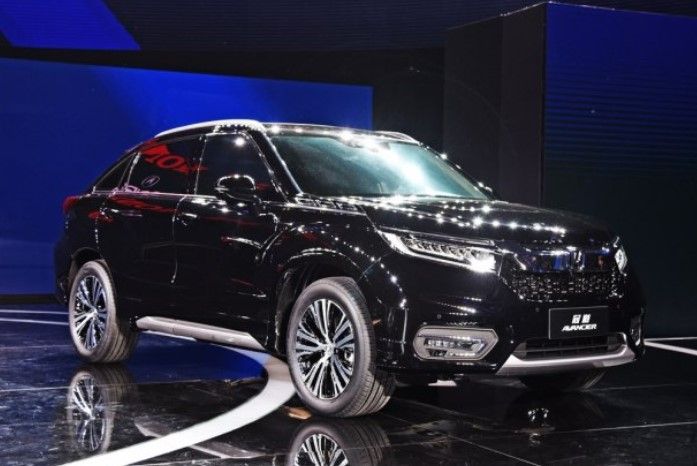 The old platform – a problem?

We would easily say that no, the older platform shouldn’t pose a problem for the 2017 Honda Avancier. They did a lot of work in order to offer the best possible driving experience. Because of that, the entire suspension system has been revised accordingly. The Avancier is said to be just as comfortable as a BMW or Mercedes offering and considering how much work it was put into it; this is more than likely true. However, despite being very comfortable, Honda did to do some trade-offs. For starters, the Avancier is noticeably heavier than its sibling.

On top of that, the comfort-aimed suspension system is not really the best regarding driving characteristics, so people buying it will have to love it for the way it goes over bumps and not for the way it takes corners.

The price for all the package has been set for $39,000 for a base model with the top end model costing as much as $66,000 in China. This is a lot closer to a BMW X5 than some people expected and it might hurt Honda’s sales in the future. The car is also going to become available in India soon where it will start at the equivalent of $45,000 which is also quite a bit for a better CRV.

Luckily, instead of just settling for a slightly better version of the CRV, they worked a lot on making the 2017 Honda Avancier unique. For starters, it now features a coupe-like roof which is really sought after at this point in time. The front end has been heavily revised as well, and it looks a lot more like a Pilot than the CRV. The grille and headlights are large and imposing; the bumper features a silver insert to mimic a shield, and the rear end gives it the sporty appearance people are looking for.

The cabin of the car is just as impressive as the exterior. For starters, it shares nothing with the CRV which is always nice. The dashboard is a lot cleaner, there are a lot fewer buttons, the materials are top end and the driving position is lower. The result is a car that feels like a sedan despite being considerably higher off the ground. As standard, the Avancier offers pretty much anything you could want from a car at this price point. The more expensive versions add better materials and a few unique features which add quite a bit of value. 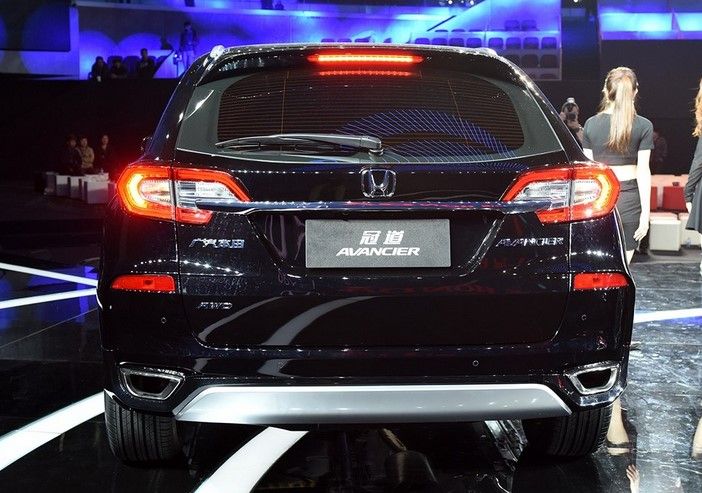 Because the Chinese market is a bit more restrictive when it comes to the size of the engines, the 2017 Honda Avancier can only be had with a 2 liter turbocharged inline-four petrol engine for now. This has been derived from that of the Type R, and it makes 268 horsepower and 370 Nm of torque. This is a similar output to that of a larger V6, and it should be in line with the competition. The only transmission of choice is a nine-speed automatic which sends the power to an all-wheel drive system.

It seems that shortly a larger 2.4 liter naturally aspirated engine offering less power is going to become available. This will likely only be available with front wheel drive which should allow Honda to drop the price of the car considerably and make it a more desired model than otherwise.

The biggest rival is BYD S6.