The RAV4 is one of Toyota’s best selling cars so it is quite clear why they prefer incremental changes. However, this is not going to work for much longer and it seems that they realized it sooner than later. Back in 2013 they showcased a concept for the RAV4 with the Adventure. This was a pumped up model with large plastic over-fenders, massive 20 inch wheels and a few other improvements. Unfortunately it seems that people didn’t like the concept all that much so Toyota kept it under the rug.

This changed at the start of February 2017 when a production model of that concept has been released. The new 2018 Toyota RAV4 Adventure is a slightly upgraded RAV4 with a modified running gear and a new look. The car looks quite a bit like the original concept but Toyota did a few tasteful changes which we are going to discuss a bit later.

The Adventure model is meant for the RAV4 fans that want a slightly more capable off-road machine. While it is not exactly what we would call an all out off-road SUV, like the Wrangler, it is better than the regular model. It comes with a 0.5 inches taller suspension system. This has been achieved with the help of new shocks and springs. Not only are they taller but it seems the travel has improved as well. These should allow the RAV4 Adventure to go further in off-road and also be more comfortable on the road.

The only real drawback here would be the slightly higher center of gravity but with the tiny amount of power this is not really a problem. Toyota hasn’t announced the pricing but they did say it will cost right between $26,000 and $31,000. Because of that it is safe to assume it will slot just under $30,000 where it would have very few competitors.

The 2018 Toyota RAV4 Adventure has to be one of the few cars to share most of its design with the concept it previewed it. Toyota took a lot from the 2013 car and this is quite clear. The new Adventure is surrounded with gray impact-plastic inserts on the underside. This should protect it from small rocks and debris. On top of that, there is a lot of black impact plastic on the sides and on the wheel arches with the same purpose.

These inserts also give it a more muscular look which really elevates the design. As standard it will come with 18 inch black rims and all season tires. A black roof-rack and black surrounds for its headlights and tail lights will also be standard. With the exception of the taller suspension, these are the only upgrades over the regular model.

Just like with the exterior, the changes are minimal but do create a much better overall experience. For starters, Toyota added an optional Winter package into the mix. This will give the car a heated steering wheel, wiper area and power heated front seats. Standard features will include new floor-mats, door-sills inserts, both with the Adventure logo, as well as a 120V outlet inside the trunk.

Not much changed here for the 2018 Toyota RAV4 Adventure. The car still gets the same 2.5 liter naturally aspirated inline 4 engine as the regular RAV4. This manages to churn out 176 horsepower and 172 lb-ft of torque which might seem sedated at first. However, the standard 6 speed automatic transmission is great and allows the engine to perform quite well. To top it all off, with the Adventure model Toyota is also offering as standard a tow-prep package.

This adds a beefier engine radiator, an oil cooler and a transmission cooler. These allow the rather small engine to tow up to 3,500 pounds which is quite close to the class leader which is being powered by a V6. The Adventure will come with either front or all wheel drive. Unfortunately Toyota is not offering a limited slip differential. Luckily though, an ABS-based torque vectoring system is available which should do the job quite well.

The hybrid is unfortunately not available, at least for now. In the future we may see more “Adventure”-branded crossovers and SUVs from Toyota, all of which are going to slot under the usual TRD models. 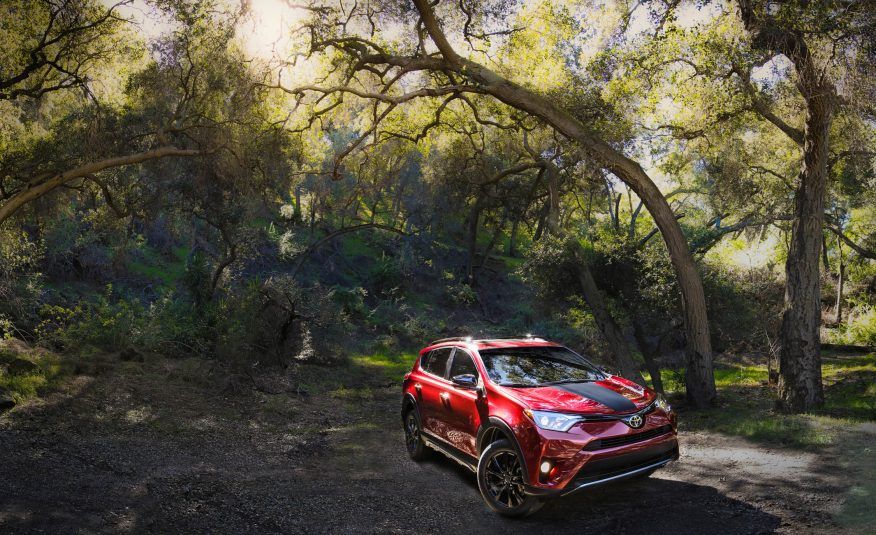 The Avancier has been revealed in China earlier this year, and it is set on becoming Honda’s next top end …