This change allowed Mercedes to further focus on making the car as good as it can be. The overall shape was kept, but it became something more than just a four-door coupe. It was using sharper lines, and the roof’s arch wasn’t as aggressive as on the first model.

Even though some rumors said the CLS would be renamed the CLE, this has been dismissed by Mercedes. They said that the CLS bridges the gap between the E and the S-Class and on top of that it is actually larger than the E-Class. Not that long ago the first prototypes of the 2018 Mercedes CLS have been seen testing on the open roads and there are some interesting changes. For starters, the car not only seems longer but also considerably wider than the E Class. It also seems to have a completely new design despite what some people said.

The camouflage used by Mercedes definitely gives it some fake design cues but more on that later. The car is expected to be showcased in the early 2018, and it should hit the market later the same year. Its price should still hover around $70,000 for a base model which is in line with most of its rivals. 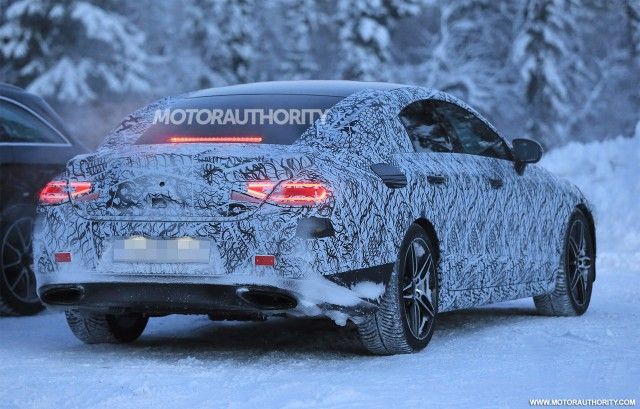 The platform – a move to a true sports car?

So far the CLS has been a four-door coupe intended to be luxurious, and that’s about it. This might change, though. Their new MRA platform could make the 2018 Mercedes CLS as good to drive as some of its rivals such as the Panamera. The platform is considerably stiffer and thanks to the extensive use of aluminum and composite materials, it is also lighter.

Thanks to it the CLS might now weigh less than 4,500 pounds which with the added rigidity would be great. Some also suggested Mercedes could give AMG the task to make the CLS considerably better to drive than it used to.

2018 Mercedes CLS Under the hood

With some exceptions, it is safe to assume the new CLS will share its engines and transmission with the regular E Class. The base car is actually expected to get a 6 cylinder engine and not the 4 cylinders from the E Class. It still is unclear if Mercedes will debut the inline 6 or they will continue to stick with a V6. No matter the case, though, the base model should offer right around 300 horsepower and over 300 lb-ft of torque. A close to 400 horsepower six cylinder offering is also a real possibility.

The top end models of the 2018 Mercedes CLS will continue to use a V8, likely the 4-liter AMG version, which is known to offer anything between 469 horsepower and north of 550 horsepower. The European model is also expected to make use of either a 2.1 liter inline-four diesel or a new generation 3 liter inline six diesel with electric turbocharging. The later could offer more than 300 horsepower which would make it a close competitor for Porsche’s Panamera Diesel.

We did say the design of the new 2018 Mercedes CLS might be a bit more different than some expect. Even though it is quite clear the camouflaged model shares its lines with the older car, it is also obvious that Mercedes used plastic under the wrap to create those lines. If we take a closer look, then we see a more aggressive rear end. The rear window has a more aggressive angle to it, and the roof seems shorter as well. In fact, the rear reminds us of the E-Class Coupe which might actually happen.

In the front, the nose is considerably lower than that of the current model. It also uses a new design which, if the rumors are true, could borrow from the AMG GT. The interior is still under wraps, but we would bet the car will share most of it with the E-Class with the only real difference being the layout of its seats. 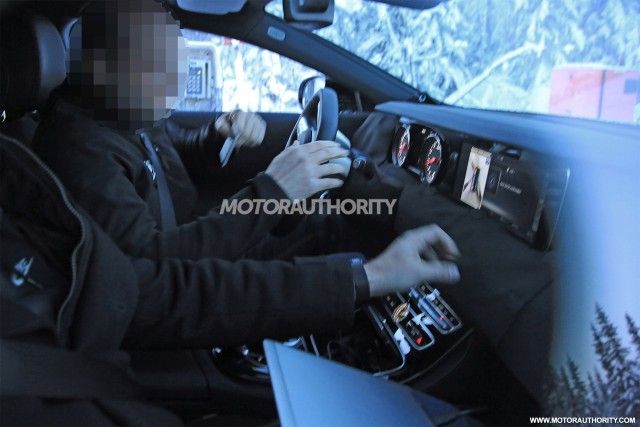