So far the Corvette always had a front mounted engine and rear wheel drive. However, this was not really the way it was meant to be. Some of the early prototypes of the car boasted a mid-mounted engine and GM was even considering bringing a mid-engine Corvette to the market with the C7. This didn’t happen due to the massive financial crisis from 2009 so Chevrolet released a placeholder. This is why the current C7 uses the same chassis from more than two decades ago. Things are about to change, though. The upcoming 2019 Chevrolet Corvette C8 has been spied again and the pictures are spectacular.

For starters, this will be the first production Corvette to use a mid-mounted engine. This more exotic design will allow Chevrolet to compete with cars like the Porsche 911 or Lamborghini Huracan with a lot more ease.

It seems that Chevrolet is looking to release a true flagship. While this was also true for the C7, the car didn’t boast the character needed to be successful on the International market. Things are about to change though. Thanks to the Camaro, which will basically fill the gap left by the C7, the C8 will be able to become America’s first true super-car. So far Chevrolet hasn’t released much official information but there are some interesting rumors and leaks around.

For starters, it is a well known fact that Chevrolet trademarked the “Zora” and “E-Ray” names. This may suggest that the 2019 Chevrolet Corvette C8 might receive the Zora designation. The E-Ray could suggest a hybrid powertrain that could be used in a future top end version of the car. So far it seems that it will be released at the 2018 Detroit Auto Show and its starting price will be in the neighborhood of $80,000. This doesn’t mean that it won’t be available in more expensive trim levels.

Some even suggested north of $150,000 for its top end models which would make sense. This marketing scheme is also used by the current Porsche 911. 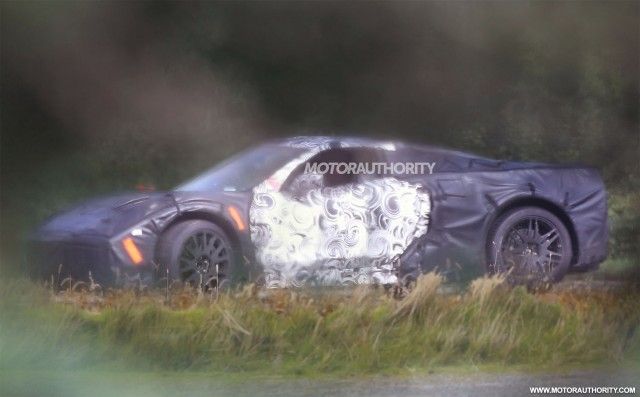 The prototype of the 2019 Chevrolet Corvette C8 is definitely using the cabin of the C7. However, this is where the similarities end. The car is definitely longer and lower than the C7. This has been noticed from the ZR1 prototype seen near it. The front end of the two cars had the same type of camouflage, but the C8 seems to have a lower front end. On top of that, it has a noticeably shorter hood as well which is the case with mid-engined cars. The back is just as wide as that of the ZR1 C7 but it also is lower.

The prototype sports a quad-exhaust system and a rather large diffuser which are both expected on the production model or at least on certain versions of it. There is no word on the interior so far. However, the car will definitely be a two-seats model. The dashboard as well as the layout of the interior are going to be designed from scratch.

Considering the move from a front to a mid-engine, we expect quite a few changes such as lower seats, better front and side visibility and an increase in quality, especially with the higher price tag.

Most rumors suggest that the 2019 Chevrolet Corvette C8 will boast a pushrod engine, similar to the LT1 currently found in the Corvette. This would be a 6.2 liter V8 with an output close to 500 horsepower and 500 lb-ft of torque. While it is not that much, it would be more than enough to compete with the likes of the 911 or McLaren 540C. This is not going to be the only engine though. Not that long ago some interesting rumors emerged about a new LT5. This is the only DOHC engine ever used in a Corvette back in the C4.

It was originally designed by Lotus and made by another company altogether. It seems that Chevrolet might bring it back in some form or another. Some suggested that this engine would use 32 valves, DOHC, variable valve timing and a few other technologies to provide more than 750 horsepower. This type of output is hard to achieve even with turbocharging, so it remains to be seen if Chevrolet will go with a naturally aspirated engine or not.

No matter what the case may be though, the C8 has all the ingredients to become an outstanding car. 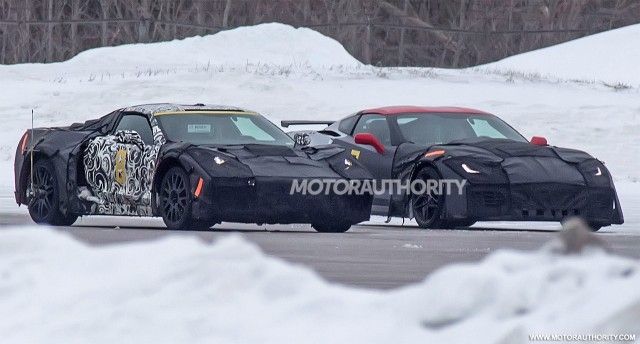