While most family cars get a new model each 6 to 10 years, sports cars and super cars are a bit more different. The ongoing Corvette has been around since 2013 and GM are already preparing for its successor, the C8. However, until the C8, a final model is going to be released with the upcoming 2018 Chevrolet Corvette ZR1. Like with the previous model, the ZR1 is going to be sold as the top end version of the car, over the Z06 or Z07. The ZR1 will benefit of an improved engine, a better running gear, and exterior upgrades. All of these will push the performance of the Corvette to super-car levels, but more on that later.

So far the car has been spied testing in a few different configurations, and it seems that the development process is nearing completion. The car will most likely be revealed in the early 2017, and it will likely be available for a limited amount of time.

Like with the older ZR1, the new model will be the hardcore version of the current Z06. This means that it will not only receive more power, but it will also be lighter and better to drive. So far all the development mules and camouflaged cars used differently-colored doors, hoods, and roofs for certain versions. This is likely because the ZR1 will extensively use carbon fiber instead of the usually reinforced plastic. The panels will be slightly lighter but a lot more durable which will also make the car stiffer.

Some even suggested that its entire body will be made out of carbon fiber in order to mark the Corvette’s final front engine model.

The price, just like with the C6, will be well over $100,000 and due to the limited units, dealers will likely mark it up extensively.

So far it seems that there are two possibilities for the upcoming 2018 Chevrolet Corvette ZR1. Some suggested that it would receive the LT5 which is still in development. This engine will likely power the C8, and it might be first released on the ZR1. However, the more probable powertrain and our choice would be an upgraded LT4. This engine currently powers the Z06 where it makes 650 horsepower and 650 lb-ft of torque. In comparison, the older ZR1 made nearly 640 horsepower.

Because of that, we are quite sure that the upcoming model of the car will make north of 700 horsepower and 700 lb-ft of torque. Some insider information suggested at over 800 horsepower which would not be impossible considering cars like the upcoming GT500 will make well over 750 horsepower. The ZR1 will more than likely hit the market with the manual gearbox. Some also said that GM’s brand new ten-speed automatic could be offered.

This would improve the response times, and it would make it faster, but it might not be compatible with the layout found in the Corvette. No matter the case, though, rear wheel drive will be offered together with a limited slip differential. 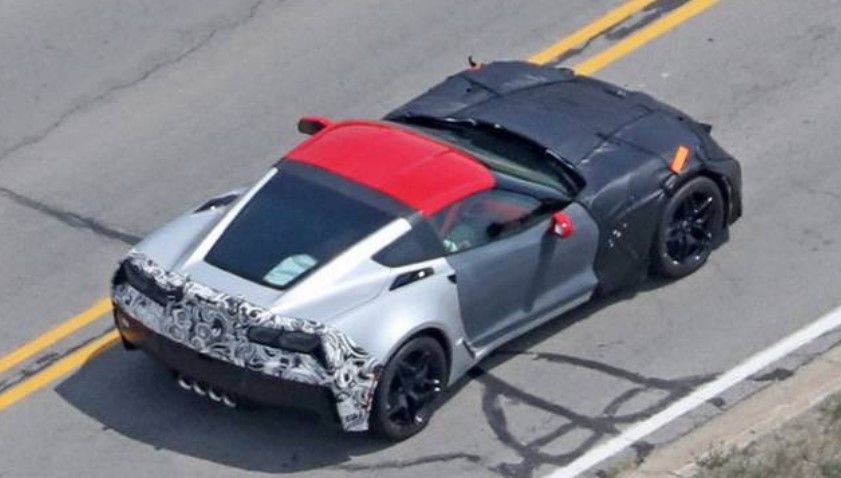 The Corvette is one of the best-looking cars ever to come from the US, and the 2018 Chevrolet Corvette ZR1 is not going to be different. Even though the car wears quite a bit of camouflage in most photos, it does look to be quite similar to the current Z06. Some of the most striking changes are the rear spoiler and the front end. In the rear, it seems that there are going to be two different spoilers, a large one, that might be just for development, and a smaller one, more similar to that of the Z06. The front end also seems to get larger air intakes, a more noticeable splitter as well as a similar hood to that found on the previous ZR1.

The wheels on most development mules are five-spoke light alloys which hide carbon ceramic brakes. According to some sources, it seems that the same wheels will be used on the production model. At this point, the interior has yet to be revealed. This is not really an issue though because the ZR1 will be nothing more than just a performance upgrade. This means that the car will more than likely be pretty much identical to the Z06 when it comes to the cabin.